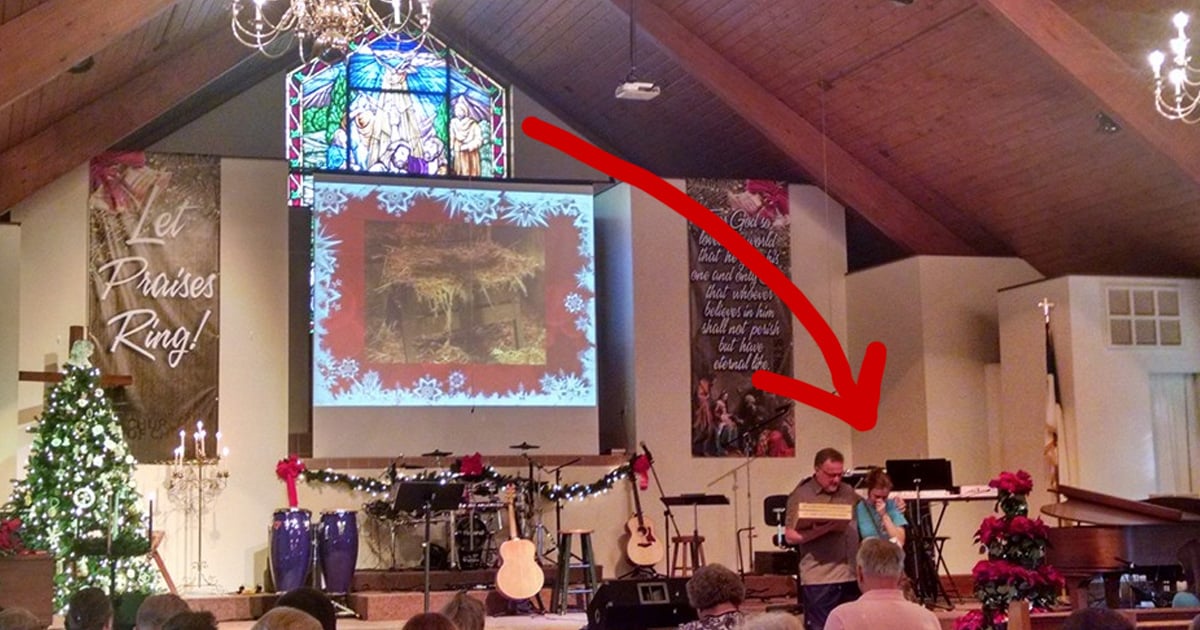 Airport Angel Helps Woman Get To Her Dying Mom

Have you ever had one of those days where it felt like the world was working against you? Laura Genovich was having one of those days as she tried desperately, all with her 3-month-old baby in tow, to get home to see her dying mom before she passed away. Everything that could go wrong did, and it started to look as though Laura wouldn't make it home in time to share one last goodbye with her mom. 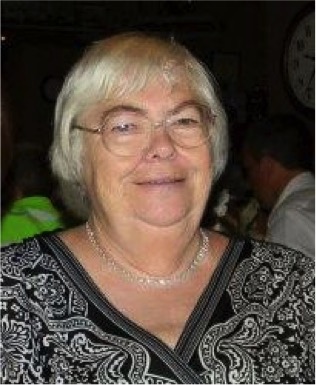 Laura shared her amazing story on the popular blog, Scary Mommy. And it's a wonderful reminder for us all of the serious importance of random acts of kindness. 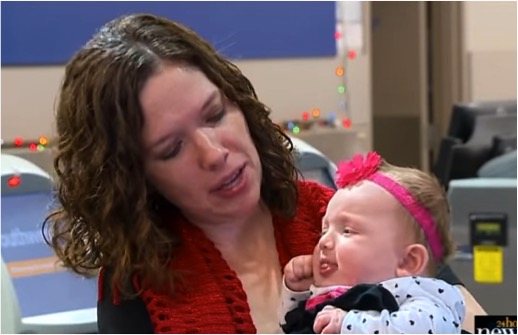 My mom had a stroke the day before Thanksgiving, and at first, we didn't know how bad it was. I had been talking to the nurses by phone every few hours since Mom and Dad live in Florida and I'm in Michigan.

On Friday morning, the nurse told me that Mom might not ever wake up.

I knew I had to get down there and be with her and Dad. Within half an hour of that call, I packed up my 3-month-old baby, Audrey, and had my husband and two older kids drop us off at the airport with the hope of getting on an 11:09 a.m. American Airlines flight to Orlando with a connection in Chicago. I got that ticket and boarded the flight in plenty of time, with baby Audrey in my arms.

Unfortunately, the plane needed "maintenance," so we sat there on the runway. During that time, I was on the phone with my dad, my husband and my niece, talking about my mom's health, the fact that she probably wasn't going to make it, and how anxious I was to get there quickly. After an hour, the flight attendant announced that they couldn't fix the plane, and the flight was cancelled.

I broke down crying and called my husband, devastated that I probably would not make it to my mom's bedside that day. 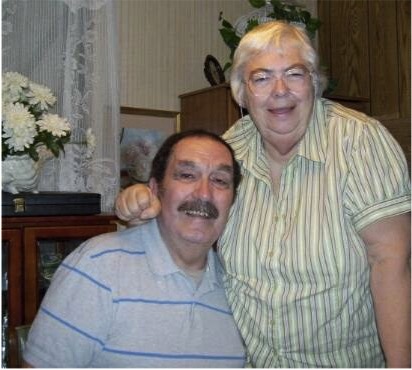 When I got off the phone, the woman in the seat in front of me turned around and looked me in the eye.

She said, "My name is Mary. I've been listening to you for the last hour, and I've been praying for you and your family. I am not leaving your side until you are on a plane to Orlando."

I could hardly talk for crying so hard, and the other passengers were staring as they exited. Finally, we were the last ones on the plane, and the flight attendant asked Mary to deboard, saying the airline would take care of me. Mary reluctantly left the plane.

In the meantime, my husband had found a Southwest Airlines direct flight that departed at 12:15. All of the other airlines' flights were much later. I told the flight attendant that I needed that Southwest flight. It was 11:55 a.m. She walked me off the plane.

Mary was waiting for me.

Mary reiterated that she was not leaving me until I was on my way to see my family, and she took my heavy backpack so I could focus on holding Audrey. We flagged down a ticket agent, and I told her that I had to get on the 12:15 Southwest Flight. The agent (who had sold me the American Airlines ticket and knew why I was traveling) sympathetically told me that she could not do that because American does not have a contract with Southwest.

Mary asked her where the Southwest gate was, and the agent said it was just a few gates down (Grand Rapids is a small airport). The agent pointed to the clock, which now said 12:00, and told me that there was no way Southwest would let me on that 12:15 flight. I told her that I had to try, and Mary and I ran to the Southwest gate, her still holding my bag and me still holding the baby.

The gate for the Southwest flight was completely empty, except for a ticket agent (whose name I later learned was Gayle). I ran to the agent and asked if the flight was closed. She looked at me (tears running down my face, clutching an infant) and said, "I can put you on the flight. What's going on?"

I quickly explained, and as I did, the American Airlines crew was helpfully bringing my stroller and car seat (which I had gate checked). Gayle told me that the ticket was $400.

Mary then stepped up to the counter and said, "I will pay for her ticket."

I told her that she did not have to do that, that I could pay it, but she insisted, telling me that it was a Thanksgiving and Christmas gift to me. I cried harder, telling her I would pay it forward. She told me to go take care of my dad and my baby, and that would be paying it forward. Then she hugged me tightly and said, "I love you, and the Lord loves you."

The gate agent ushered me onto the plane. I think there were only two seats left. If you were on that flight, you saw me board the plane late, crying, holding a baby, and looking equal parts broken and relieved. Now you know why.

When I landed in Orlando early in the afternoon, there was an e-mail waiting for me from Gayle, the Southwest ticket agent.

In part, that e-mail said:

"My name is Gayle. I was the gate agent for Southwest Airlines in Grand Rapids working the flight to Orlando. I wanted to let you know that all of us here in Grand Rapids are sending you good thoughts and prayers. I hope everything gets better for you very soon, and we send our greatest condolences."

She then gave me Mary's full name and some information to contact her, and added that "[Mary] came back to the gate to make sure you were on your way and we got all your baggage." The e-mail also said that Southwest Airlines gave Mary a voucher for a future flight. The e-mail ended with a "<3" from Southwest Airlines. 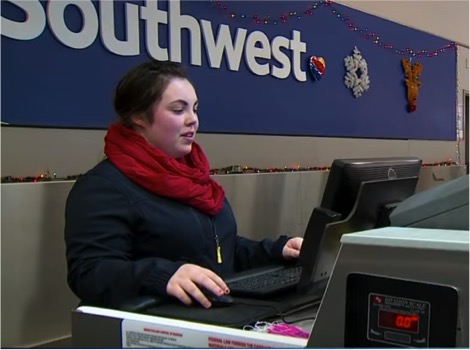 I made it to the ICU visiting room at 6:15 p.m. on Friday evening-15 minutes before visiting hours ended.

I have sent Mary a note through Facebook to thank her, along with a photo of my dad holding Audrey on that Friday night, which she helped make possible. 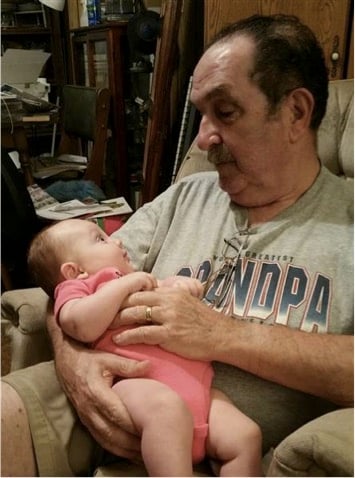 Now I want to publicly express my gratitude for these random acts of kindness. I want to thank Mary for her selflessness and generosity and Southwest Airlines for their unparalleled customer service. This was more than customer service-this was customer care-and it is truly worth more to me than I can express. When I booked my siblings' tickets to Florida today, I made sure to book with Southwest Airlines. 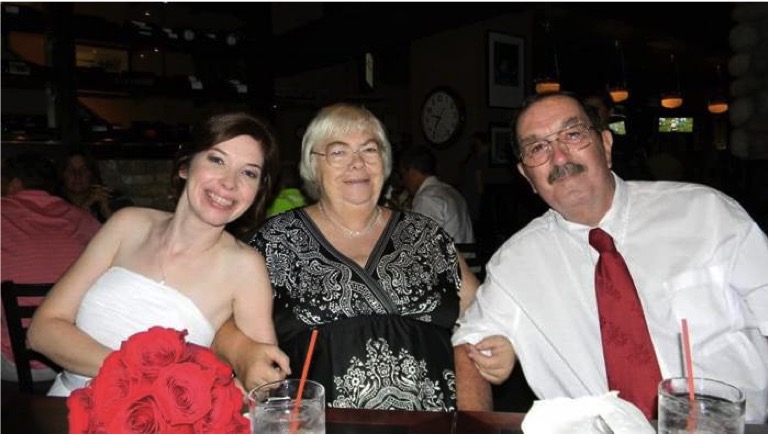 Mom passed away on December 3, 2015. She was loved tremendously and will be greatly missed.

Sometimes we take for granted the incredible power an act of kindness holds. God may put us in the path of someone who is experiencing the worst life has to offer. But by simply showing love and kindness, we can counter the bad with good. These moments are all around us, and are often small in scale, but big in impact. A kind word, a smile, holding the door — you never know when these simple acts may be just the moment of kindness that reminds someone else that it's going to be ok.

"Do not let kindness and truth leave you; Bind them around your neck, Write them on the tablet of your heart." Proverbs 3:3

You can hear Laura talk about her airport angel in the video below:

See who God sent as a final visitor to this dying man. 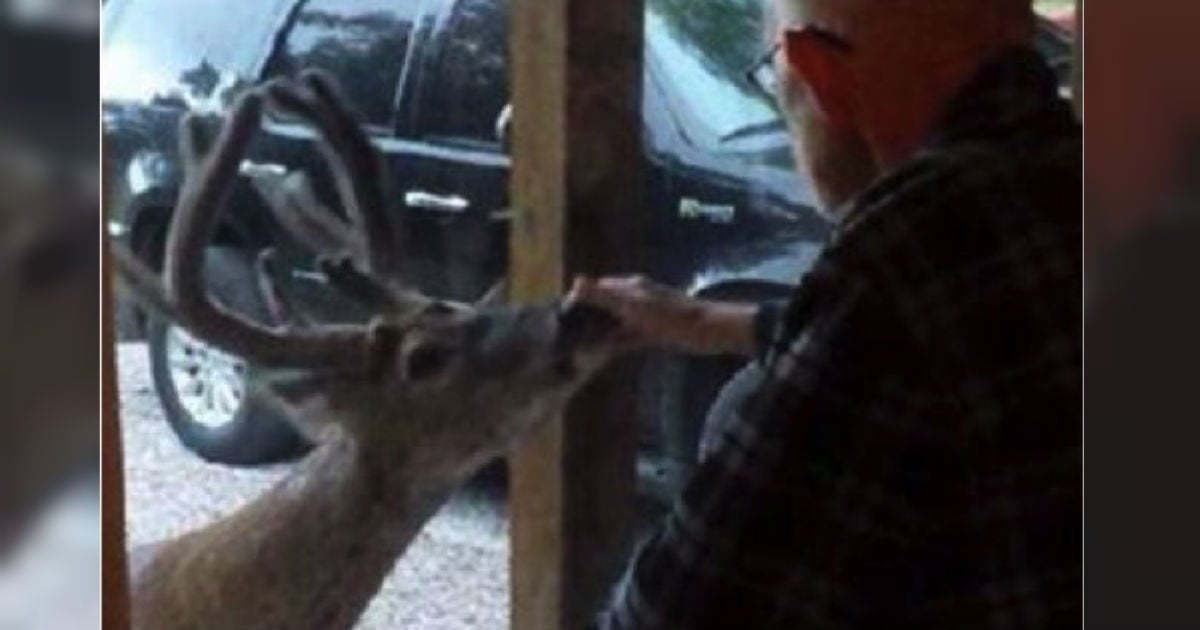 This mom was having a bad day, until an unlikely angel gave her a hand!