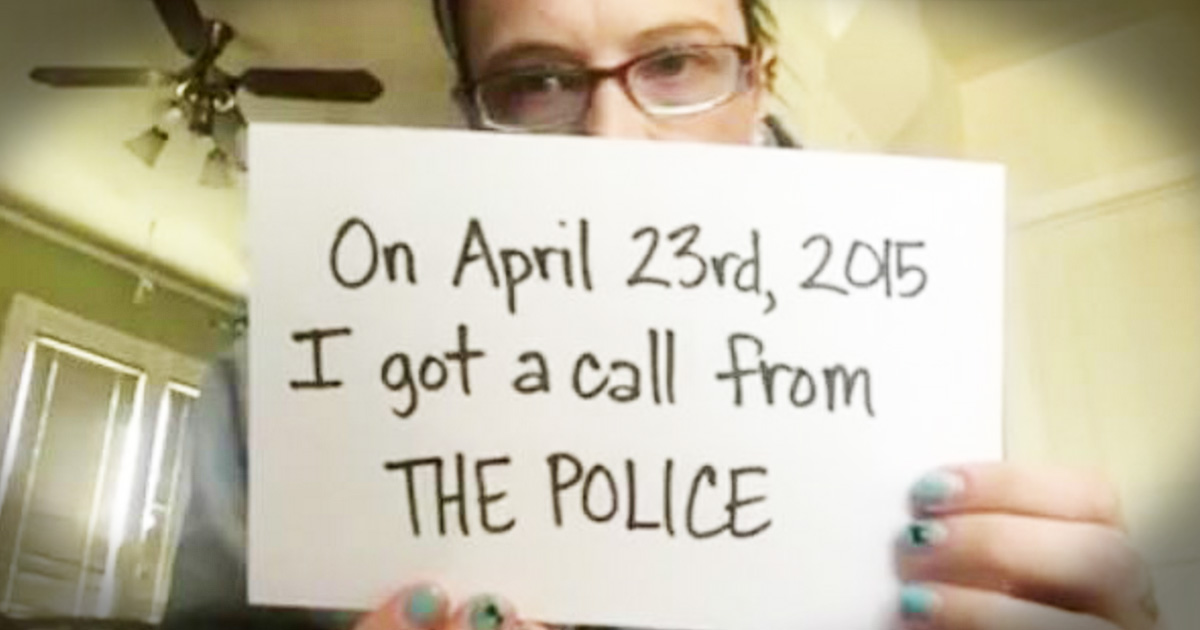 Benjamin Giroux, a boy with Asperger’s syndrome - a form of autism — usually doesn’t show much emotion. But that’s not because he doesn’t feel them. And reading his touching poem honoring differences left me all kinds of emotional! 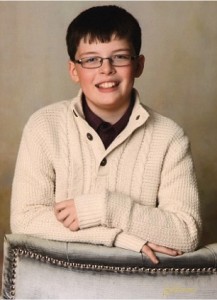 It was a shock to Benjamin’s parents when he came home from school brimming with excitement. The 10-year-old usually only gave one-word answers when asked about school. But this day was different.

His teacher had asked the fifth grade class to write a poem about themselves starting with the phrase, “I am.” Benjamin sat down at the kitchen table and got started right away. A few hours later, he was done and his parents fought back tears as they read his words:

I wonder if you are too

I hear voices in the air

I see you don’t, and that’s not fair

I want to not feel blue

I pretend that you are too

I touch the stars and feel out of place

I cry when people laugh, it makes me shrink

I understand now that so are you

I dream of a day that that’s okay

I try to fit in

I hope that someday I do

Benjamin, who’d started out so excited about the assignment, started to worry his poem wasn’t good enough. His anxiety took over, and he wound up staying home the following day.

RELATED: A little girl asks her mom if her autism makes her ‘bad’

But his parents knew that Benjamin’s poem honoring differences was beyond good — it was powerful. It contained a message that everyone needed to hear.

“At first, we felt sad and hurt that he feels isolated, alone, misunderstood and odd at school,” explained Benjamin’s dad, Sonny. “As the poem went on, we realized that he understands that he’s odd and that so is everyone else in their own way, which is what Ben wants everyone to embrace.”

So, Sonny decided to post the poem to Facebook in the hopes that it would get some encouraging comments from friends and family that would bolster the boy’s confidence. The response was better than he’d ever expected!

Once the National Autism Association got wind of the poem, they posted it to their Facebook page. Thousands of complete strangers were moved and inspired by Benjamin’s poem, and commented as much. 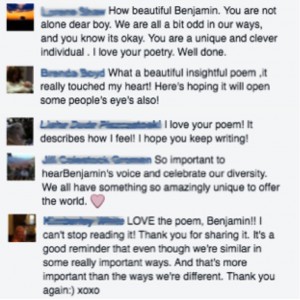 His parents try to read him as many of the comments as they can so that Benjamin can see just how much of an impact he has had. They’ve been flooded with tons of messages from parents thanking the boy for helping them to better understand how their own kids may feel at school.

“Ben’s goal was to have people understand that being odd is different, and different is amazing, and people shouldn’t be afraid of who they are,” Sonny said. “And that makes me one proud father!” 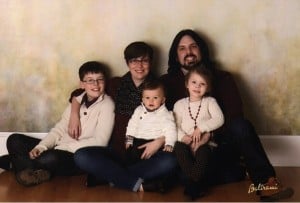 Well done Benjamin! Thank you for the absolutely beautiful reminder that God made each of us differently, but perfectly.

“You alone created my inner being. You knitted me together inside my mother. I will give thanks to you because I have been so amazingly and miraculously made. Your works are miraculous, and my soul is fully aware of this.” Psalm 139:13-14

See how this girl with autism taught her whole class a lesson without saying a word! 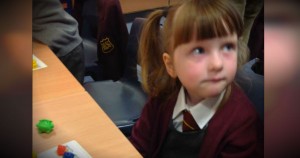