This Christian Super Star Says We Need To Fight ISIS Now And Here. But It’s HOW That Will Leave You Saying “AMEN.”
Read Article »

The enemy is at work, everyday, stealing our children from us. They’re being groomed for a life they only can envision as ‘magical’ and ‘powerful’ and ‘important’, but satan is at work destroying their lives with lies.

ISIS is ‘wooing’ our young girls from a life of freedom and joy to a life of slavery and darkness, and these poor girls don’t see it. Pray for our children and that God can shed light on the darkness of satan’s lies.

An investigative reporter posing as a 16-year-old young girl, attempted to learn more about joining the Islamic State. She made contact and found herself in a very interesting conversation.

"These people (ISIS) are child abusers," says Jim Gamble, former chief executive of Britain's Child Exploitation and Online Protection Centre. "We need to be using the language of ‘child abusers' when we talk about these thugs who radicalize our children and put them in harm's way." 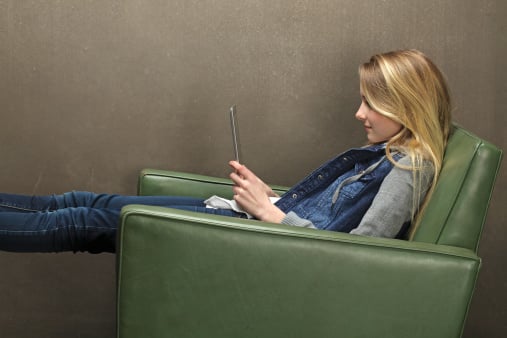 This reporter, from Britain's Channel 5 News, easily contacted "Amatullah" through Twitter. “Amatullah” said he was a 16-year-old originally from Britain and proceeded to give our reporter instructions. Following “Amatullah’s” advice, the two quickly switched to an encrypted smartphone application to avoid detection. “Amatullah” gave her specific instructions on how to elude authorities and travel to ISIS territory and marry a fighter.

"Come ASAP," one message to her says. "There's sisters coming every day."

When she asked what she should bring, Amatullah responded: "Lingerie. Loool...."

This Channel 5's reporter is the latest to unmask the ploys of ISIS in sex exploitation. 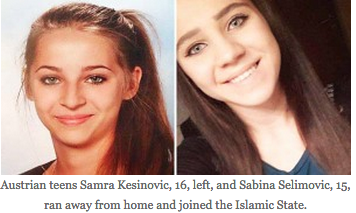 In 2011, a prominent cleric there said girls are marriageable "even if they are in the cradle," Ibrahim reports. 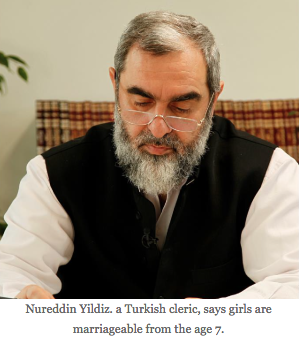 "Children can even marry before puberty," Yildiz said. "There can be marriages between children or between a child and an adult. For example, a marriage between a 7-year-old girl and a 25-year-old man, or a 7-year-old boy with a 25-year-old woman. There are no inconveniences preventing their marriage."

"For Muslims who believe the Quran, there is nothing such as an age limit for marrying. There aren't any obstacles for marrying at 10, 7 or even 6 years old," he added.

None of these news items generated special attention until underage girls from Britain began joining the Islamic State as wives and/or sex slaves. Shamima Begum, 15; Kadiza Sultana, 16; and Amira Abase, 15, all classmates from Britain, ran away from home in February and are believed to be in Syria. Europe has begun investigating the "grooming" of young women to join ISIS' ranks.

"It's not hard. U don't have to know Arabic," Amatullah wrote the reporter. "There's plenty of britani (six) bros here. U can stay with me if u want. Until u get married."

Gamble says such conduct should be seen as grooming, the practice in which an adult wins over an underage person to later exploit the trust to cash-in sexually.

Last year, Bristol teenager Yusra Hussein, 15, ran away from home and made her way to Syria to join ISIS. A spokesperson for the family, Anira Khokha said, "I think people forget they are being sexually exploited. Of course they're being groomed."

Father, God, we come to you with heavy hearts. Our teens are being lured into darkness by a horrible deceiver. Please protect their ears, eyes and hearts as they use social media to destroy our generations to come. Intervene as only YOU can do and place a hedge of protection around our homes as we guide and instruct our children to follow you. AMEN!