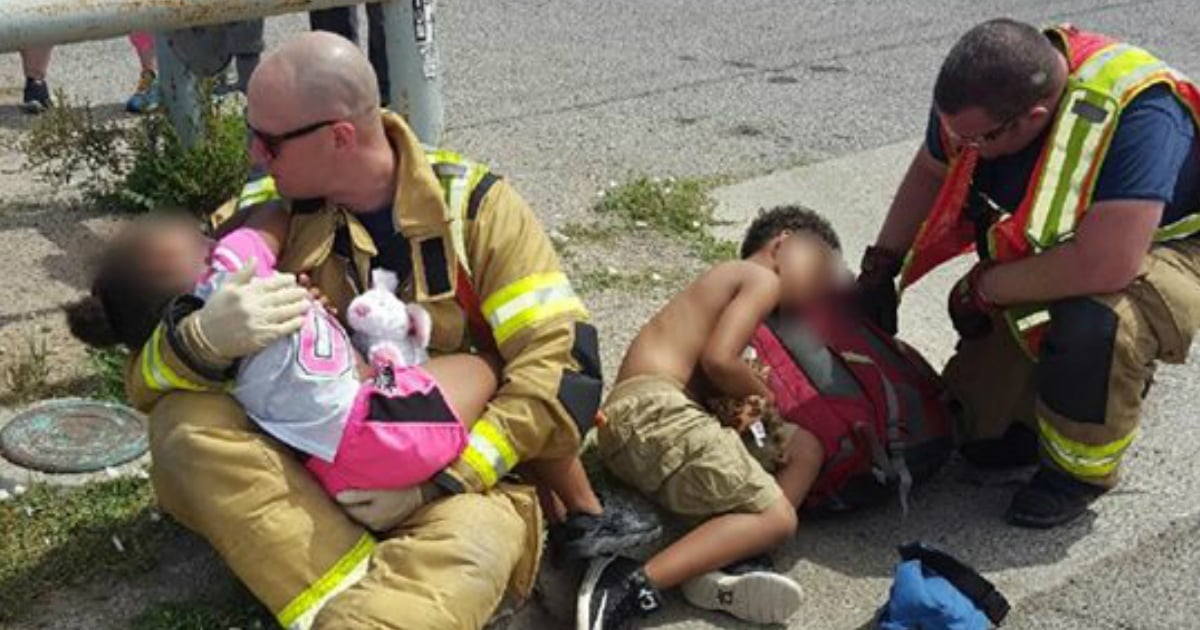 When a Good Samaritan tried to give an air mattress to a man living in his truck after Hurricane Irma, the humble man tearfully refused to keep it. And the reason why had me in tears too. 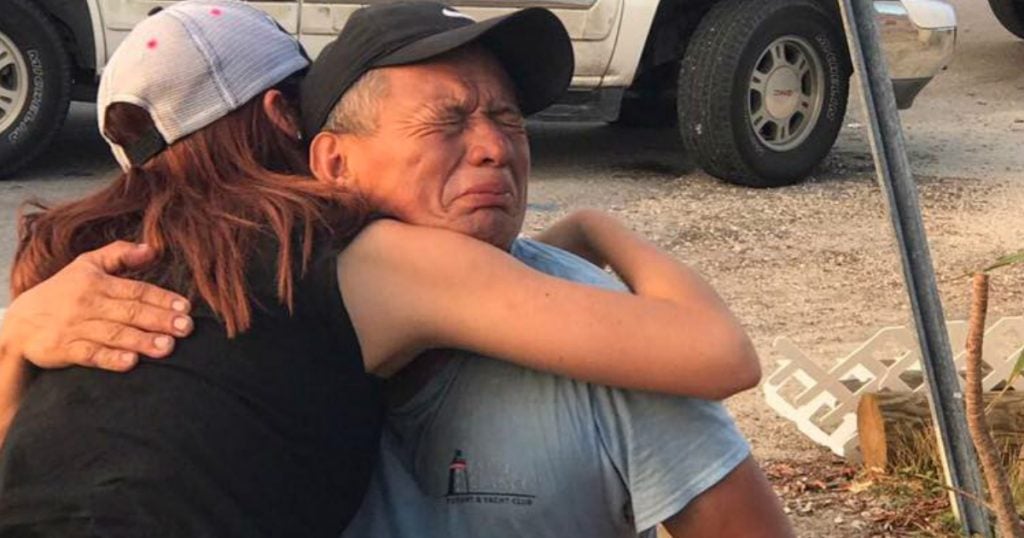 A Man Living In His Truck

When Hurricane Irma hit the Florida keys, a man named Julio Melendez lost nearly everything. He no longer has a job, nor a home, but thankfully he still has his truck, which is where he now lives.

Julio is not big on self pity, though. Rather than lament what he lost, he counts his blessings — like his truck. And he now uses his days — and his truck — to help other hurricane victims.

"I am fine! God blessed me with my truck," he said. "I already have a lot. I have so much thanks to God. But there are people who don't have anything. I want to help people."

Vane Lozano is doing her part to help the hurricane victims, too. She works for a non-profit organization called Friends for Global Change. During their relief efforts in Marathon, Florida, Vane kept seeing Julio. He was using his truck to gather, store, and deliver supplies to victims stranded without transportation.

Julio’s incredible generosity after losing so much himself touched Vane. Realizing the truck doubles as the hero’s home, Vane wanted to do something nice. So, she tried giving him an air mattress for his truck, so he could be a bit more comfortable.

Julio’s reaction to Vane’s kindness is truly touching. But then he tells her he can’t keep the mattress. And why shows the unbelievable spirit of generosity God gave this amazing man!

Julio burst into tears over Vane’s kind gesture. But when she asked the man living in his truck what he was going to do with the mattress, his response was simple:

“I’m going to donate it to someone who needs it more than me.”

Answering The Call To Serve

Julio is truly relying on God to provide his daily bread. Anything beyond his immediate needs, he gives away. As a man living in his truck, Julio recognizes there are others who don’t even have that much.

"I am giving this air mattress to someone else in need," he told Vane. "There are so many people that don't have transportation and they can't come to get water so I come to get them what they need. I am delivering what I can to them and I sleep in my car. God Bless everyone."

WATCH: Man Living In His Truck Relentlessly Serves Others

Vane couldn’t believe Julio’s humility. She shared his story on Facebook and set up a fundraising page for the purposes of buying Julio a new home, asking others to help get the silent hero back on his feet. And the response was incredible!

RELATED: Police Pay A Visit To A 94-Year-Old Grandma, And Her Reaction Is Priceless

Not only did people donate to the fund for Julio’s home, but tons of messages flooded in, ranging from offers to help in other ways, praise for Julio and even personal accounts of witnessing Julio’s generosity in person. 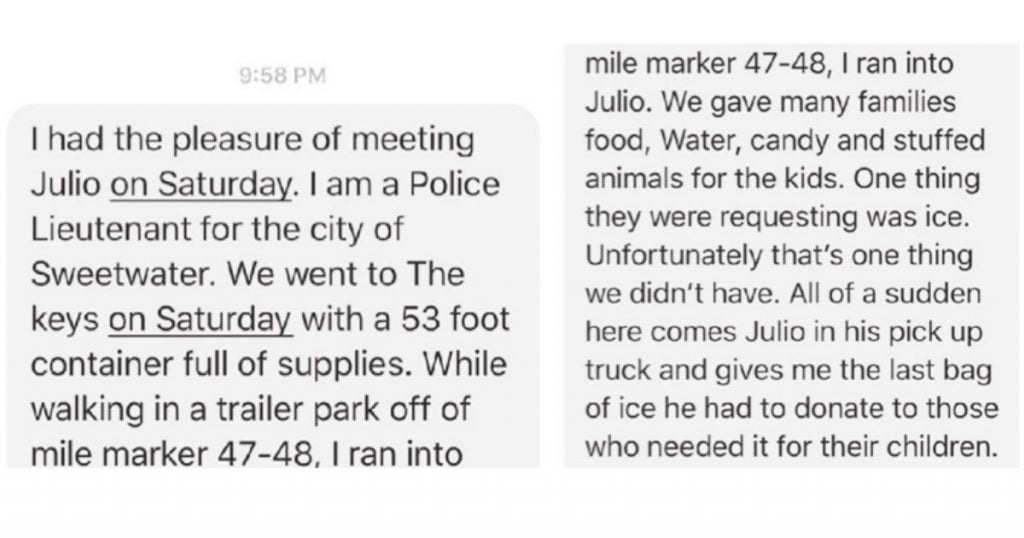 When Vane told Julio about the positive reaction to his story on social media, the man burst into tears. He just couldn’t believe it! And just as you’d expect, Julio is using every bit of kindness he receives, such as a new chainsaw and a new battery for his truck, to serve others.

You can look for updates on Julio’s story on the Friends for Global Change Facebook page HERE.

What an inspiration Julio is. He reminds us to be thankful for what we have, and to always serve others!

“One gives freely, yet grows all the richer; another withholds what he should give, and only suffers want. Whoever brings blessing will be enriched, and one who waters will himself be watered.” Proverbs 11:24-25 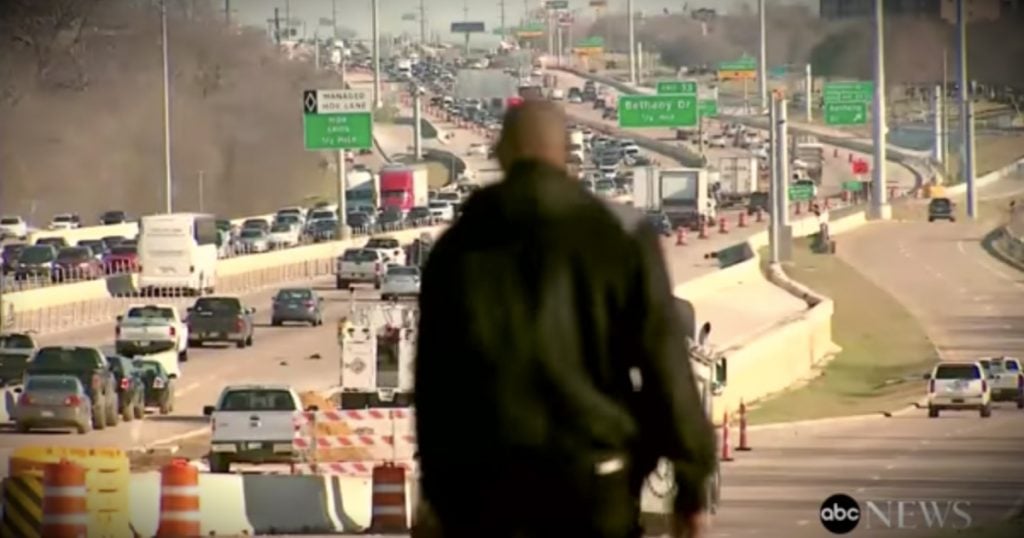