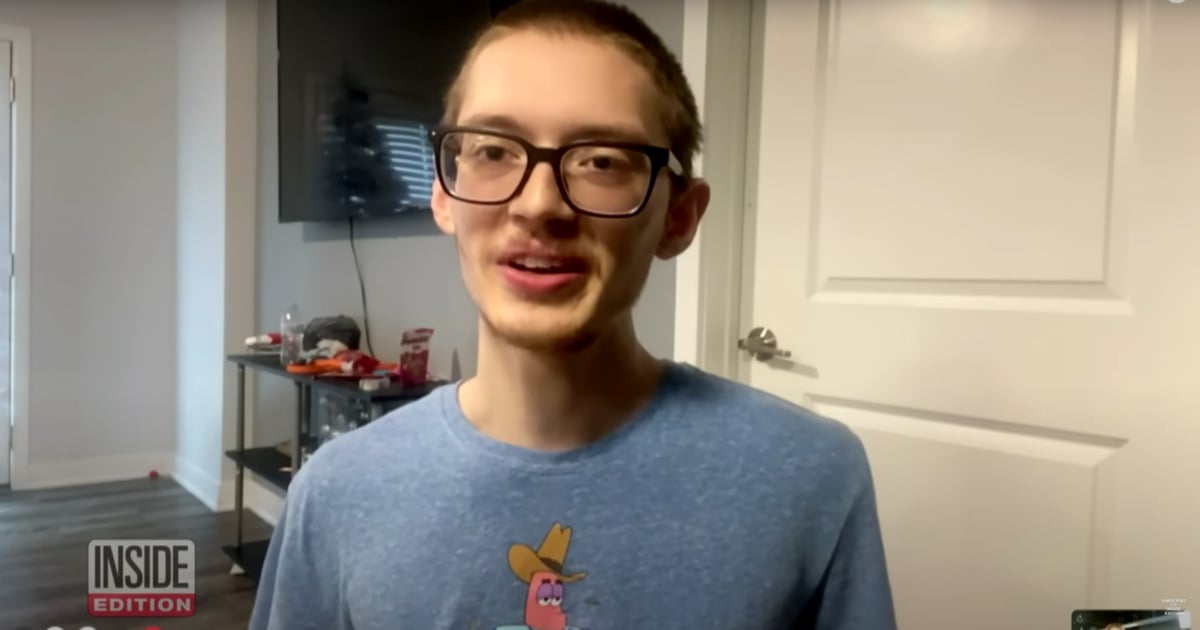 Claudio was born with a condition that left him with severely deformed limbs . . . and an upside down head!

When Claudio was born, doctors told his mother, Maria Jose, that he would not survive because he could barely breathe on his own.

They told her, “Don’t feed him, he is already dying.”

But thank God, she didn’t listen!

Claudio has arthrogryposis, a rare condition that fuses joints, leaving sufferers unable to use their limbs.

Claudio cannot use a wheelchair because of his unusual shape. But he doesn’t let that stop him from getting where he needs to be!

After being carried everywhere, a determined, eight year old Claudio began to walk on his knees!

“Since I was a child I’ve always liked to keep myself busy and work – I don’t like to depend totally on other people,” he said. ” I have learned to turn on the TV, pick up my cell phone, turn on the radio, use the internet, my computer – I do it all by myself.”

Claudio holds a pen in his mouth to type, uses his lips to operate phones and a computer mouse, and has specially-made shoes that allow him to shuffle around town on his knees.

“But there’s only happiness now, ” his mother says. “Claudio is just like any other person – that’s how he was raised in this house. We never tried to fix him and always wanted him to do the normal things everyone else does. That’s why he is so confident. He is not ashamed of walking around in the street – he sings and he dances.”

Claudio said, “Throughout my life I was able to adapt my body to the world. Right now, I don’t see myself as being different. I am a normal person. I don’t see things ‘upside-down’.â€œ

Despite his physical limitations, this 37-year-old from Brazil has defied the odds and is living a successful, happy life as an accountant and an inspirational public speaker. Claudio is blessed with a positive spirit that is inspiring others across the world! God bless this man!