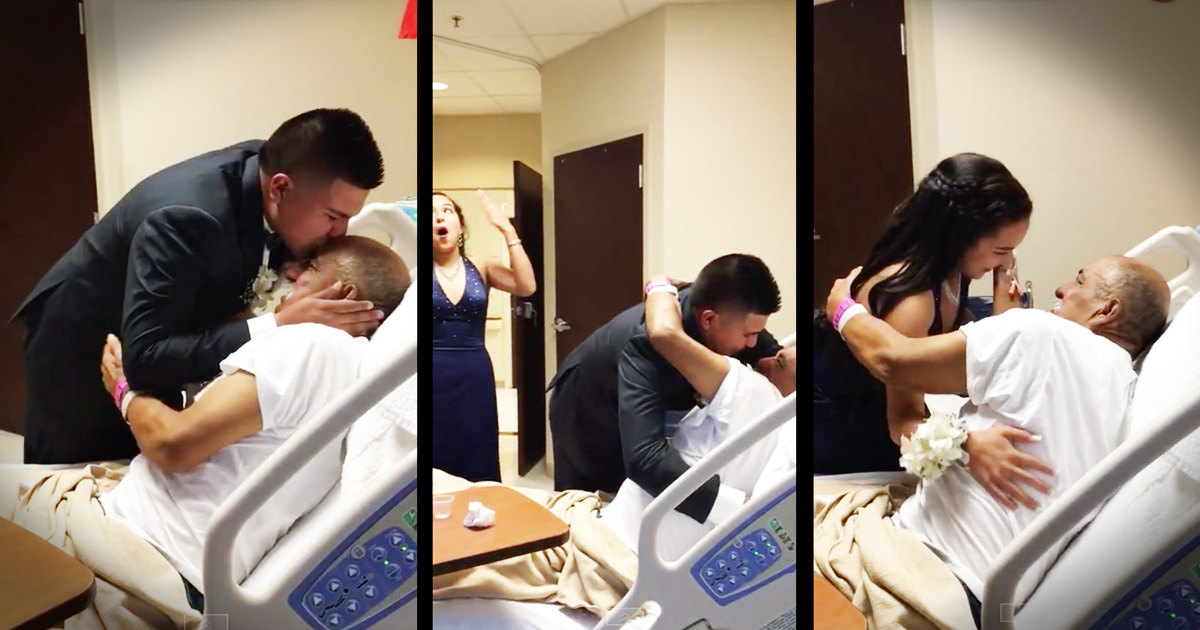 When UK couple Katalina Martin and Matthew Davies met, they each had a child from previous relationships. But after they fell in love, the two decided it was time to grow their blended family of four. Unfortunately, Katalina’s doctors said it wouldn’t be possible because of a medical condition they uncovered. But God had a special surprise for the discouraged couple. . .actually four surprises! But there’s so much more to the story that makes these miracle quadruplets even more amazing!

Katalina and Matthew were beyond excited to have a child together. But those dreams were dashed when doctors diagnosed Katalina with polycystic ovary syndrome. Doctors pointed out this condition would make it close to impossible for Katalina to become pregnant. But it’s God who has the last word on what is and isn’t possible!

Soon after being told she couldn’t get pregnant, Katalina was joyfully stunned to discover she was expecting!

But the real shock came during the ultrasound. The scan seemed to take forever, as the technician kept checking and re-checking the screen. But then the technician delivered the news that Katalina was carrying three, possibly four, babies!

“I just burst into tears. I didn't take it in at first,” Katalina recalls. 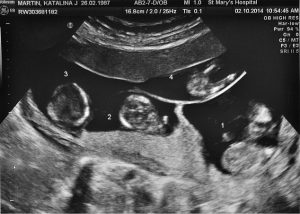 Given the near impossibility of conception due to Katalina’s ovary disorder, one baby would have been an incredible blessing, let alone four. But that’s not all that makes these miracle quadruplets just that.

RELATED: A mom refused to abort 2 of her babies, and received a surprise PLUS a miracle!

Aside from the infertility barrier, the odds of conceiving quadruplets naturally — meaning no help from fertility drugs or In Vitro Fertilization — 700,000 to 1. But things got even more incredible. 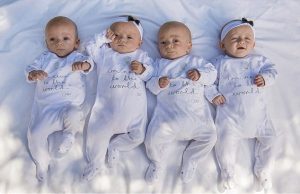 Quadruplets usually occur after one or two eggs are fertilized and divide in the mother’s womb. But in the case of these miracle quadruplets, each non-identical miracle came from an individually fertilized egg. As far as doctors can tell, this is the first time that’s ever happened and experts say they can’t even predict the odds of non-identical quadruplets being born!

“We've never heard of quads from four separate fertilised eggs. It's incredible,” said Helen Turier of the Twins and Multiple Births Association (Tamba) — an organization that has been helping support the family. 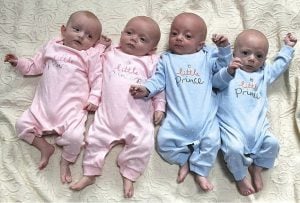 The miracle quadruplets were delivered via c-section at 27-weeks. Sofia weighed 3lb 11oz, Roman 2lb 13oz, Aston 3lb 2oz and Amelia 3lb 7oz. It was yet another answered prayer.

RELATED: A mom of triplets had to make a hard decision, but gets a miracle

“I was so relieved when they were all born safe and well. I couldn't believe when I saw them lying there in their cots,” said Katalina. “They all came from a different egg… and they have different personalities.” 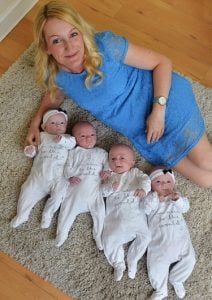 Their quadruplets doubled the family overnight, and the four unexpected blessings have made the past year a bit crazy — with roughly 20 diaper changes, 24 feedings and 12 bed times a day. 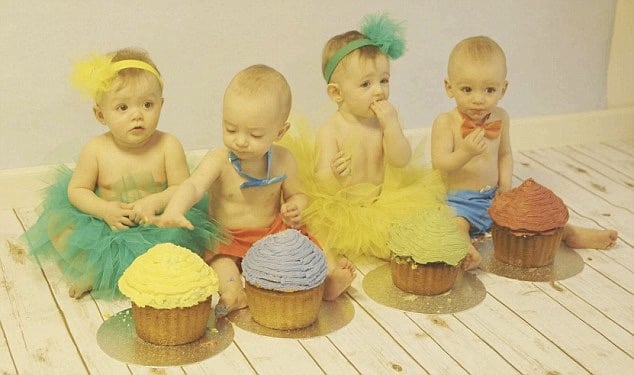 But it’s also been a year filled with love and a joy the couple had feared wouldn’t be possible. 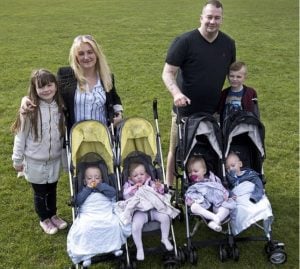 What an incredible reminder that nothing is too big or too impossible for our God. He alone can defy every odd and every statistic to bring life where science said none could exist!

"Behold, children are a heritage from the Lord, the fruit of the womb a reward. Like arrows in the hand of a warrior are the children of one's youth. Blessed is the man who fills his quiver with them! He shall not be put to shame when he speaks with his enemies in the gate." Psalm 127:3-5

See how this newborn twin made a miracle (and history) happen! 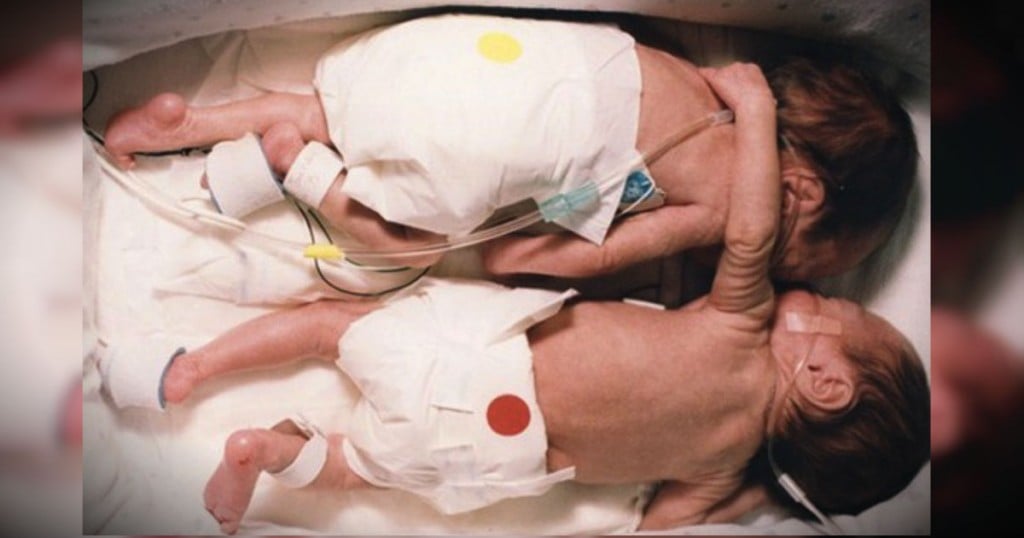