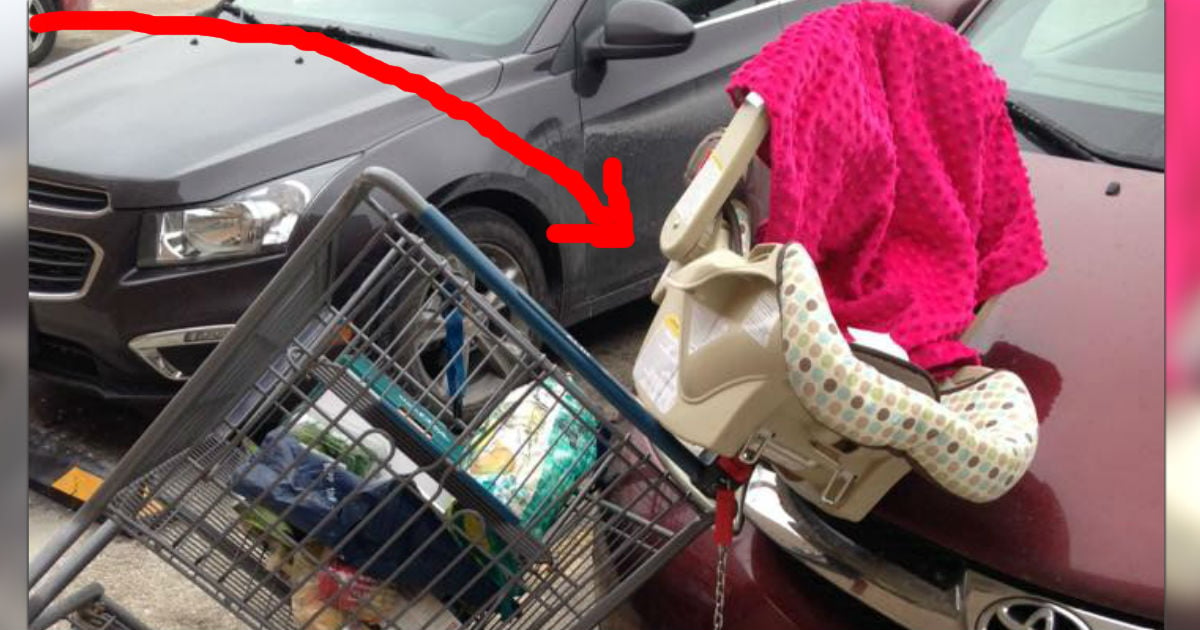 And You Still Love Jesus?

The Bible tells us that once we accept Christ, life will be nice and easy and we’ll never experience any kind of suffering ever again. Just kidding. It doesn’t say that at all. In fact, Jesus gave fair warning that to follow him, we must deny ourselves and pick up our cross daily (Luke 9:23). Sounds like the opposite of easy, doesn’t it?

For Lexi, single mom to two precious boys, Lincoln and Charlie, life got really hard when Charlie was born with congenital heart disease and pulmonary hypertension. 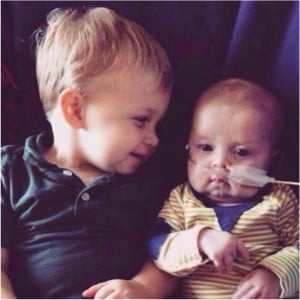 It got even harder when Charlie left to go to Heaven after spending less than seven months on this earth.

So one day, Lexi was asked a question many ask when life gets unbearably hard.

“And you still love Jesus?”

See Lexi’s powerful response, which she shared on her blog, Scribbles and Crumbs. 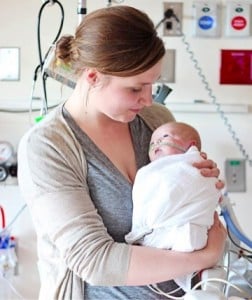 I'm flawed, that's for sure. I'm often weak. I'm often distracted. I'm often judgmental, harsh, and need to have much, much more grace for people than I do. I sometimes make stupid decisions and do things I know I shouldn't. I sometimes get a little reckless. I sometimes prefer to busy myself with distractions than face the difficult reality that some days are. Some days distractions are what numb me enough so I don't emotionally collapse through the day.

It's probably all of these things of which I am most ashamed. I don't have a concrete resolution. I can't tie it up in a neat, little bow, and present it to you as a challenge that was once faced and is now conquered, because the truth is that life is still difficult some days, and the harder truth is that it probably always will be. 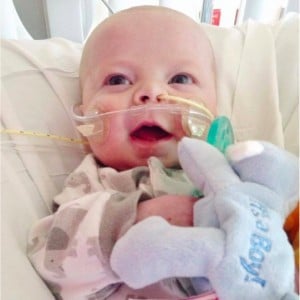 In a conversation with a new friend, they asked me questions, and quickly, the cliff note version of my life story spilled out. It's not a pretty story; it's a hard one, but it's mine, nevertheless. Knowing I was a Christian, after I shared, he looked at me and said, "And you still love Jesus?"

RELATED: There’s no cure for this sick little girl, but she says she’s ready to go to Heaven

Faith. Never has my faith been more muted than it has been this year. Never has faith been more at my core than it has in the past year. I struggle to feel God near me. I have for a while, but that hasn't changed the truth I know so intrinsically- that He is near to me and that He will never leave. After spending nearly seven months crying out for God to save my son, to heal his sick little lungs, to let me keep him in my arms, even just for a little while longer- after spending those seven months and having my son leave my arms, forever- faith is different now. 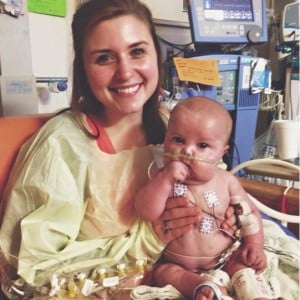 When Charlie was in the hospital at two months old, on life support and headed in to his second open heart surgery, I knew that he may not come out alive. When they wheeled him away, my stomach hit the floor. Nothing was in my control, and I knew that no matter how hard I prayed, it still may not bring him back to me.

I sat in that waiting room, silent. And it was there that I told God that I needed him to heal Charlie. God was Charlie's only hope. And if He didn't heal him? He'd have to keep me breathing. Because if I had to live life on without my son, I sure as hell wasn't going to be able to live it without Him.

Faith is hard. But it's more than that. Relationship is hard. I've spent the last year since Charlie's death ducking for cover, still wincing, and still bracing myself, because I could not take one more thing. It's as if I told God that I'm still here, and I'm never going to leave, but please- give me a break, please. I can't take it anymore. I can't be any more brave than I am. I can't stand tall if it all falls. And yet, the pieces kept falling, and the rain did not stop, and I slowly shut my heart off a little more and more, so that the pain would not be as searing.

I haven't been angry, at least, not that I know of. I've just been protecting. Walls up, afraid to let them fall down, because after you've been hurt, trusting can sometimes feel like the worst case scenario. But even when it all falls, some things have been wired to my core, branded on my soul. 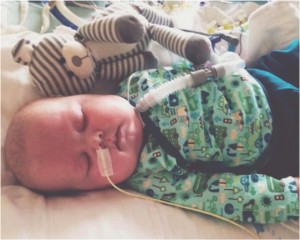 "And you still love Jesus?" he asked.

And from my flawed and broken self, without a second thought, I replied, "I still do." 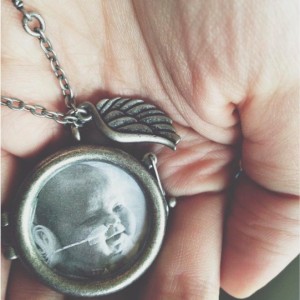 God doesn’t promise us that our time on earth will be without struggle. But He does promise to walk with us through it. He counts each one of our tears, and promises that the suffering we endure on earth is nothing in comparison to the glory that awaits us.

Lexi’s blog, Scribbles and Crumbs, started as a place for her to tell her stories about Charlie after he passed. But now she uses it as a place to bring hope and inspiration to others going through the difficult time of loss — to shine the light of Jesus into the darkness of grief and pain. Her unshakeable faith is truly an inspiration. And her story is a testament to God’s power to use all things to work together for his good — even the messy parts of life.

“But may the God of all grace, who called you to his eternal glory by Christ Jesus, after you have suffered a little while, perfect, establish, strengthen, and settle you.” 1 Peter 5:10

After losing their baby and the ability to conceive, hear how this couple’s journey of faith led to them finally becoming parents! 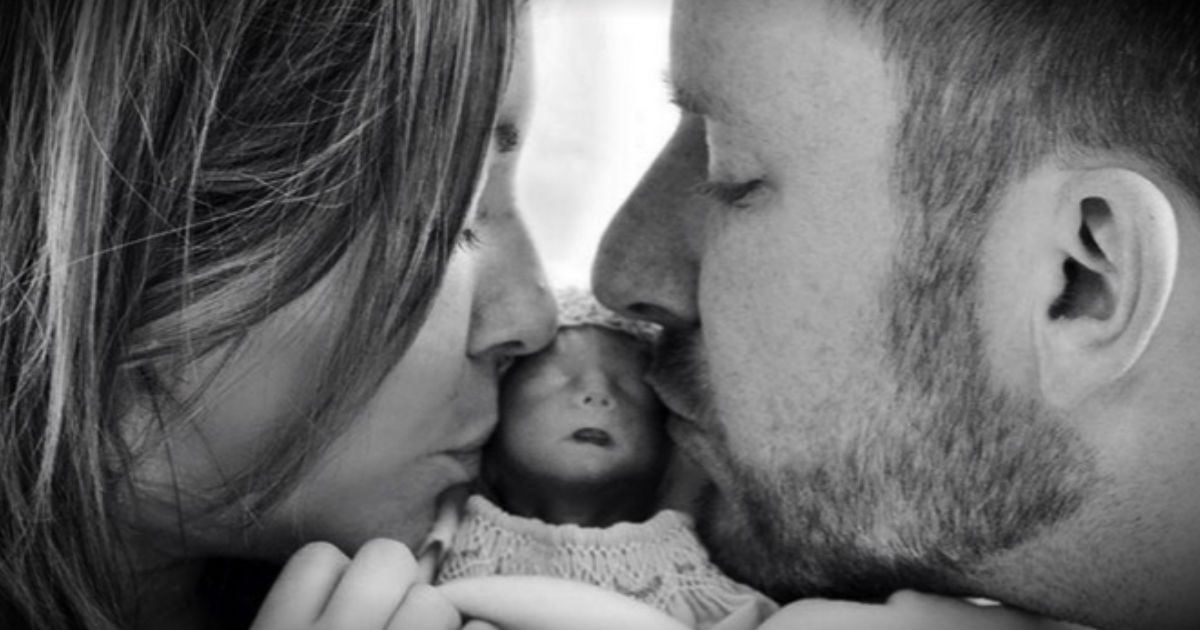