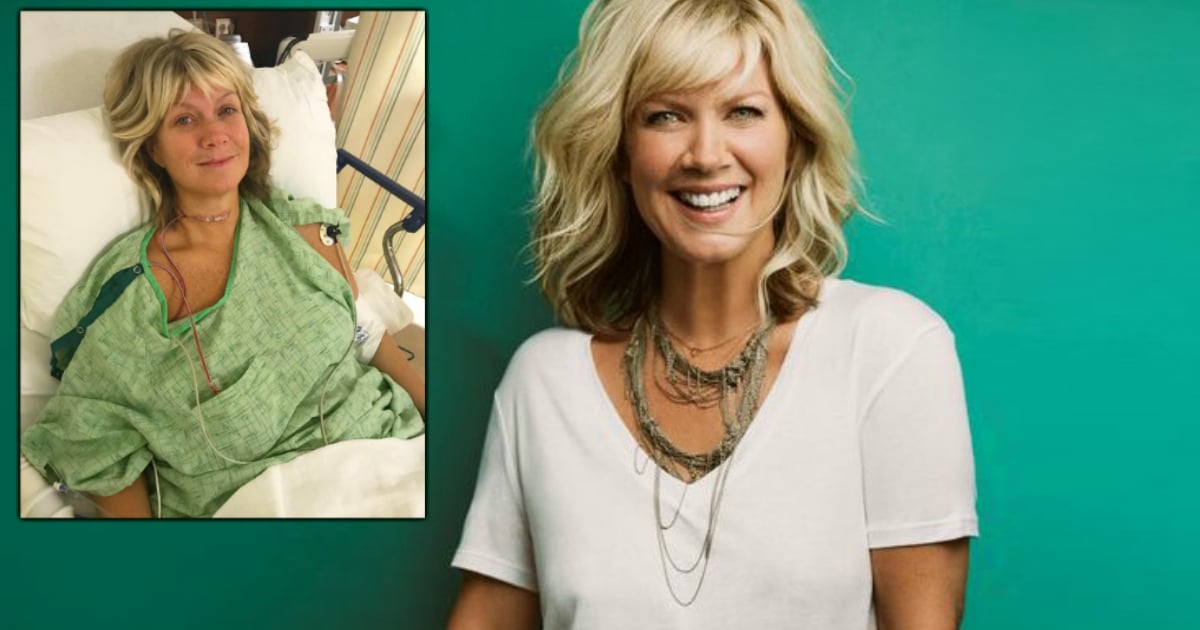 Hospital staff tried desperately to revive 14-year-old John Smith after he fell through a frozen Missouri lake. But try as they might, they couldn’t get a heartbeat. But just as they prepared to call time of death, John’s mother came charging in. The mom prayed over her drowned son’s body, calling upon the power of the Holy Spirit. And what happened next is truly amazing!

John and tow of his friends were “messing around” at a local park in Missouri. As they did so, the ice on Lake Sainte Louise cracked and all three boys fell into the 40-degree water. 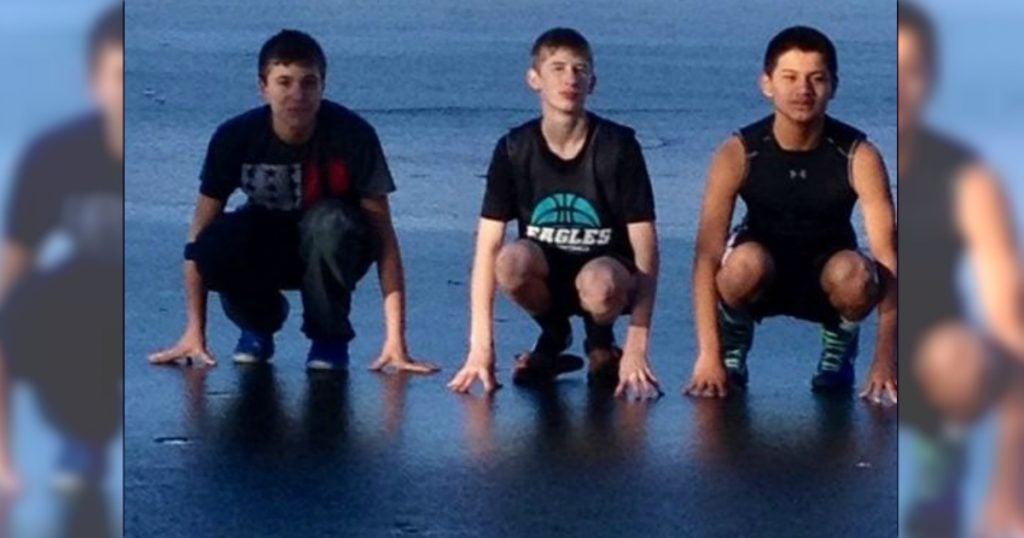 While John’s friends managed to get out of the water, John wasn’t so fortunate. He was in the icy water for 15 minutes by the time rescue workers pulled him out.

“I got the phone call, hearing my son had been in a terrible accident,” John’s mom, Joyce, recalled. “It’s the one phone call every parent dreads. I don’t even remember how I got to the hospital — I was praying, begging God to spare my son.”

RELATED: ‘Breakthrough' – A Film Based On Mother Joyce Smith's True Story Of Faith

Joyce had waited 17 years for her son, adopting him from Guatemala. And now, she faced with losing him.

“I just couldn’t believe that God would take our son after all we’d gone though,” she said. “God, in His grace and mercy, ended up getting me to the hospital in one piece.”

At the hospital, the medical team had already been performing CPR for nearly half an hour. But nothing worked. They were preparing to call time of death.

And that’s when Joyce arrived.

“After I entered his room, I put my hands on his feet, and they were cold and grey, and I just knew he was gone,” she said. “I began praying out loud, begging God for my son’s life, and calling on the Holy Spirit, saying, ‘Please give me back my son.'”

Joyce credits her ability to pray with such authority to the Bible study, Believing God, by Beth Moore. The study revolves around the statement: “I believe God is who He says He is, and I believe He can do what He says He can do.” Just before the accident, Joyce had started the study.

“I don’t believe it was a coincidence,” Joyce said. “When I walked into the ER, I was of the mindset that God was there, and He was going to be with us through this.”

And as this mom prayed over her drowned son’s body, she received a miracle!

As soon as Joyce started praying, John’s pulse came back. The nurses couldn’t believe it.

“The nurse had her finger on John’s pulse for 27 minutes, and had gotten nothing,” Joyce said. “She told me, ‘The minute you prayed, something moved up John’s body with such force, it pushed me back — and suddenly, I got a pulse.’ They were stunned.” 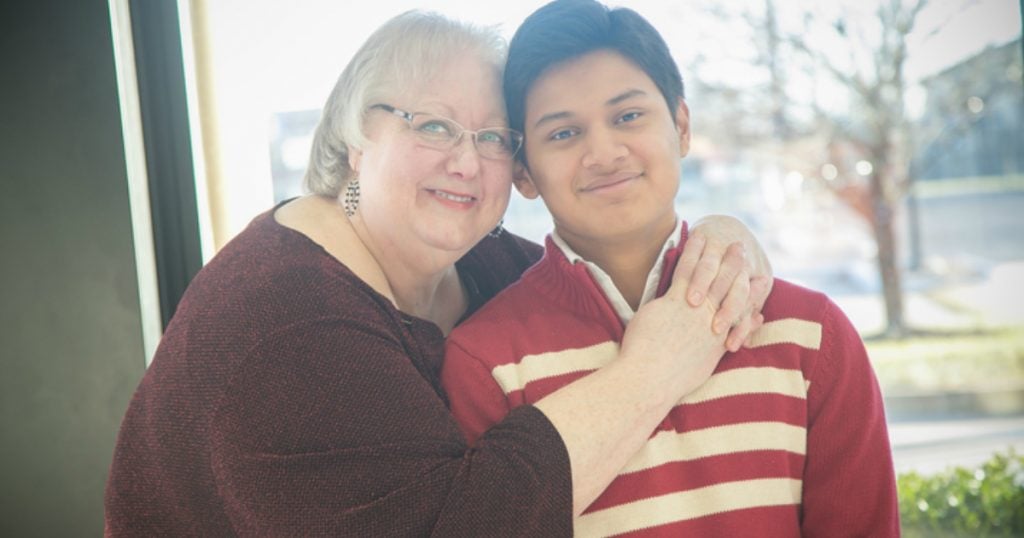 Pictured: John and his mom, Joyce Credit: The Gospel Herald

With his pulse returned, medical staff quickly went to work on the teenager. Still, though, doctors warned Joyce her son wasn’t out of the woods yet.

RELATED: Teen Prayed God Would Give Him A Testimony, Then He Died

Even if John lived, doctors said he’d “be a vegetable.” Scans showed significant brain damage. Joyce respected their medical opinion, but put her faith in God.

“I told him, ‘Do your best. God will do the rest, but I want no negatives to be spoken around him. When you are in the room, I only want him to hear positive things.'”

Just two days later, John woke up communicating. A week later, he came off his ventilator. And just a couple of weeks later, he walked out of the hospital. His miraculous recovery was unlike anything the doctors had ever seen!

A True Story Of Faith

Years later, John still shows no signs of the accident.

“God has totally and completely healed him,” Joyce says. “He carries a 3.0 in high school, he went back to play basketball, and at one game he scored 30 points. God has been so miraculous and good in all the things that He has done.”

John himself doesn’t remember much from the accident. But he does know just how close he was to death.

“In the moment, we all knew that the possibility of the three of us dying was very real,” John said of the day he and his friends fell through the ice.

And now, this incredible family is sharing their personal testimony to prove to the world our God is very real and very active.

“My family isn’t publicizing this story for our benefit,” John said. “We’re doing this because our country needs hope.”

Living in such a broken world takes its toll. John and his family want their story to encourage others.

“We’re not the answer — God’s the answer,” John said. “We’re just sharing the story so this country will see how great our God is. He’s not dead, He’s alive, and He’s still in the miracle working business. I’m blown away by how great He is.”

WATCH: Mom Prayed Over Drowned Son’s Body And Got A Miracle

Thankfully, this incredible story on the power of prayer will soon go nationwide. Joyce is releasing a book about the experience titled “The Impossible.” A movie is set to follow soon after.

What an incredible story. Our God is truly awesome!

YOU MAY ALSO LIKE: Prayer From Strangers Saves A Brain-Dead Mom And Her Unborn Baby