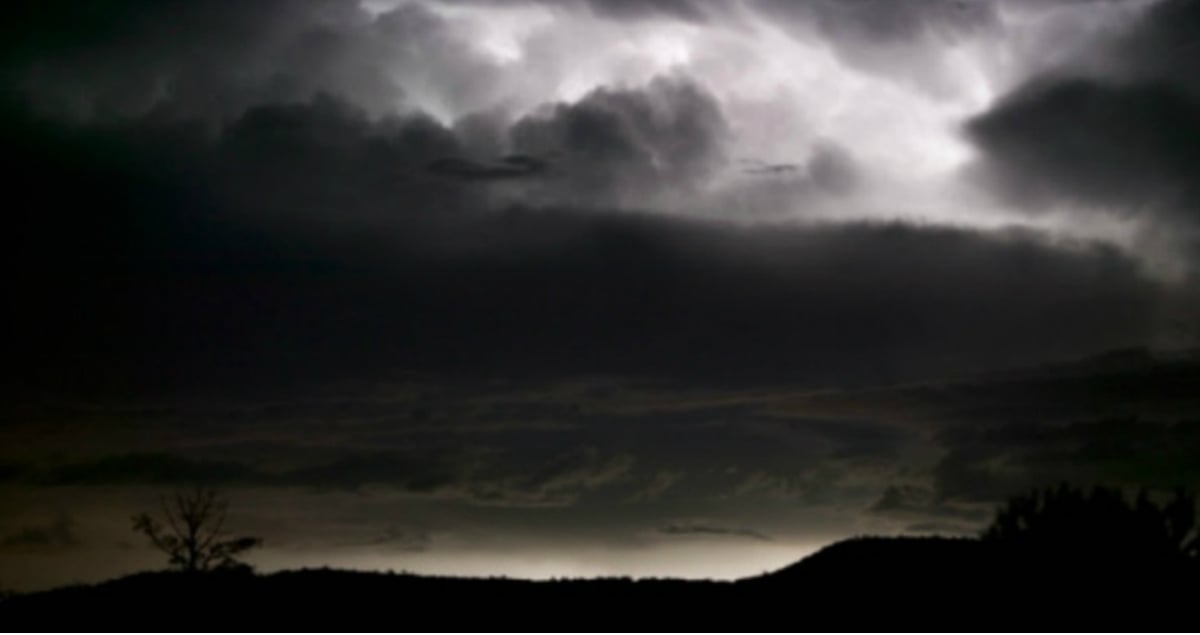 Nadine Shelley’s pregnancy got very worrisome at 17 weeks. That’s when doctors discovered there was almost no amniotic fluid surrounding her baby boy, Brayden. He was given less than a 15% chance of survival, and Nadine was told to abort. But this brave mom refused to decide her baby’s fate. Because no matter the odds, it’s God who determines life or death!

Getting The Bad News

Nadine thought her 17-week ultrasound would simply reveal her baby’s gender. But in addition to the news she was having a boy, doctors made another discovery. The sonogram showed there was hardly any amniotic fluid left in the womb.

“Brayden was given a <15% chance that he would live, and we had a doctor tell us to abort the pregnancy.

I personally did not feel like it was my decision to decide whether or not Brayden had the strength or capability to live. Brayden would decide that.

All I could do was give him the best chance to live, and that was to keep him inside of me as long as possible. Everything we chose was to give him that chance.”

Brayden was too premature at 17-weeks to bring out of the womb. So, after this mom refused to abort, doctors said the only thing left to do was wait.

From there on, Nadine did whatever it took to keep Brayden safe. She put her life on hold, including raising her 2-year-old daughter, to go into the hospital on bedrest at 22 weeks.

“That gave him protection. The best possible protection, inside of me and receiving a mother’s love,” she said.

She suffered the physical toll without complaint.

“I bled almost every day from my second trimester until I delivered Brayden, some times in very scary amounts.”

Little Brayden arrived 27 weeks into the pregnancy. But the fight was not over yet — for Brayden or Nadine.

“I had to wait almost 2 weeks to hold my baby, my head rested on the outside of his incubator for hours upon hours. Days upon days. Many moms know how it feels to be discharged from the hospital without their baby, and it’s absolutely devastating. My car rides away from the hospital during Brayden’s 3 month NICU stay were some of the most dark and painful moments of my life.” 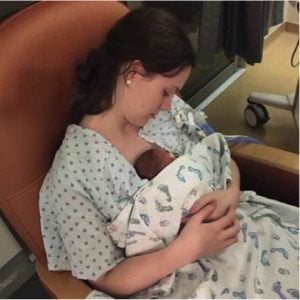 The Boy Who Lived

Brayden spent 76 days in the NICU battling to stay alive. But Brayden would have never gotten the chance to fight if Nadine had aborted.

“Choosing to fight isn’t easy. It was one of the hardest things I have ever done. We almost lost Brayden the day he was born, a moment that I suffered PTSD from for a long time. It was a day and moment I will carry with me for my whole life. But my courage and determination in those moments are what gave Brayden life,” she said on Facebook. 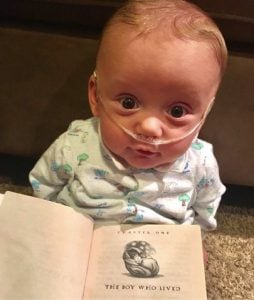 He’s still fighting. At 6 months old, Brayden is only about 13 lbs, still requires oxygen, and will probably need physical therapy for a couple of years. But he also has a full life ahead of him, to go on and do amazing things.

RELATED: A mother’s letter to the doctor who told her to abort her special needs daughter

A Chance To Fight

Had Nadine listened to the doctors and aborted, Brayden would have never had the chance to prove them wrong. And she’s sharing his story to encourage other moms to keep fighting, no matter how slim the odds may be.

“Life is hard, and things won’t always go the way we want. But my message is, if I took those statistics at face value and chose to abort, I 100% would not have my Brayden to cuddle every night. But we chose to fight against all odds to give him a life. I would go through all that pain again to bring another life into this world.

It is hard. But we are strong. And it is a fight worth fighting.”

What a beautiful miracle!

There aren’t enough tears for what this teen mom did to save her baby!