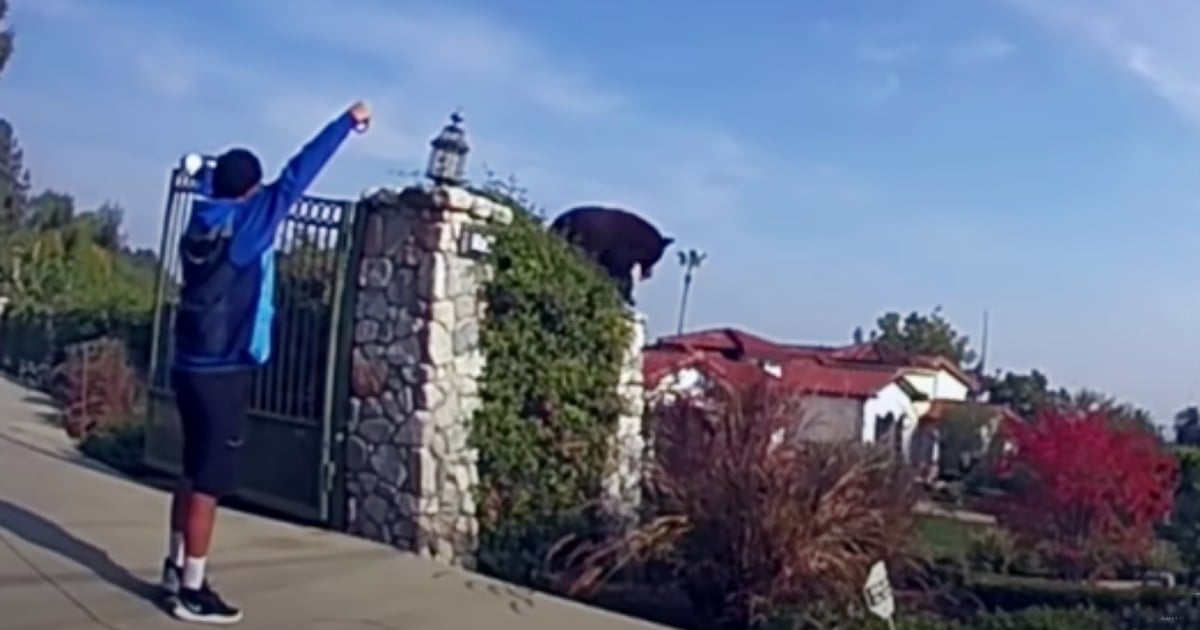 A 15-year-old girl’s mom tackles a suspect fleeing the scene after she caught him peeking into the teen’s bedroom window. And a police dashcam captured the whole thing on film!

Texas woman Phyllis Pena knows part of her job as a mother is keeping her children safe.

"My kids are my life and just making sure I protect them," she said.

RELATED: Dad Sets Up Sting To Stop Daughter's Stalker And Hidden Cameras Caught It All

So, when she returned from the store to see a young man lurking outside her 15-year-old daughter’s bedroom, she jumped into action.

Thankfully, the woman’s daughter wasn’t in the room at the time the 19-year-old peeper lurked outside. Phyllis immediately called the police but the suspect took off as they arrived. But there was no way the fiercely protective mom was going to let him get away!

In an incredible act of bravery, the mom tackles the suspect who was fleeing from the police. Her 15-year-old daughter cheered her on and helped the hero mom hold the suspect down until the officers took over.

Getting involved may have seemed crazy. But knowing her daughter was in danger brought out the “mama bear” in Phyllis Pena. And she wanted to make sure this peeping Tom didn’t get away!

RELATED: Fleeing Suspect Slams Into Police Officer But Wife Says Angel Was Watching Over The Father Of 6

"First instinct was just to make sure he didn't go any further," she says.

The police were in awe of the mom who tackled the suspect and lauded her for her courage.

"It's not very often that we have somebody that actually steps in, puts themself in harm's way to assist in apprehending somebody," explained Sgt. Roy Welch of the Lake Jackson Police.

YOU MAY ALSO LIKE: Heroic Mom Saves 8-Year-Old Son After Tangled Seatbelt Nearly Chokes Him To Death

The Police Chief has plans to meet Phyllis Pena so he can commend her personally. Meanwhile, the accused peeper is facing multiple charges. And the community is undoubtedly grateful to the mom who tackled the suspect so he didn’t have the opportunity to violate anyone else.