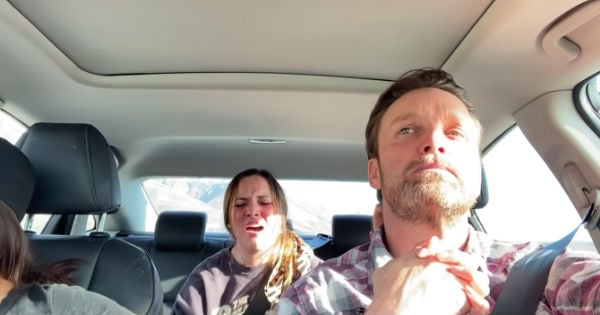 As this talented mother and son sing ‘Hallelujah’ together, you can’t help but be inspired by their beautiful duet.

The mother and son singing ‘Hallelujah’ first broke onto the “viral” scene with their cover of ‘Rise Up' by Andra Day.

RELATED: Mother And Son Sing A Powerful Version Of ‘Rise Up' By Andra Day To Inspire Hope In Dark Times

After that, the duo received many requests to perform one of the most popular songs of all time, ‘Hallelujah’,

The History Of The Popular ‘Hallelujah’ Song

Leonard Cohen originally released this powerful song in 1984. But it wasn't until Jeff Buckley recorded the song on his 1994 album, ‘Grace' that it really started gaining momentum.

Since that time, ‘Hallelujah’ has become a worldwide phenomenon and truly cemented itself in music history.

Over the years, many artists have covered the tune, which sounds like a perfect blend of a rock ballad and a gospel song.

"Well I’ve heard there was a secret chord

That David played and it pleased the Lord

But you don’t really care for music, do you?

RELATED: Daddy And Daughter Perform A ‘Bridge Over Troubled Water' Cover That's Too Good To Miss

Jordan Rabjohn is a talented musician from the United Kingdom. He was a finalist for Open Mic UK 2016 and named Capital FM’s Vodafone Big Top 40 ‘Future Breaker’ in 2016.

Today, he's enlisting the help of his mother, Katherine Hallam, as they take on the classic song, ‘Hallelujah.'

"So many of you asked me to sing ‘Hallelujah’ with my Mum so here it is..how good is her voice!!"

YOU MAY ALSO LIKE: Mom Thought She’d Lose Her Son On Life Support But Now They’re Singing Together On Ireland’s Got Talent

Jordan is absolutely right because his mother's voice is absolutely amazing. Just listen as they beautifully combine together to perform this beloved tune. I definitely know where Jordan gets his talent musical ability. Who else is hoping for more mother-son duets from this talented duo?