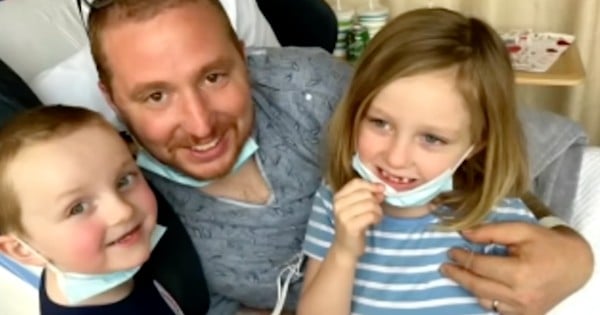 Nicolas Toledo lost his life when a 4th of July parade in Highland Park, Chicago, turned into a scene of terror and tragedy. And in doing so, he saved several other members of his family.

Nicolas Toledo, who was in his 70s, came to Chicago to visit his family. And like so many in the Illinois area, the family celebrated the 4th of July by attending a parade in Highland Park.

RELATED: Firefighter Recalls Fathers Breaking Windows to Get to Kids in Chaos of Robb Elementary Tragedy

The grandfather usually got around with a walker. But given the crowd gathered at the parade, the family pushed him around in his wheelchair that day. And as the band played and decorative floats passed by, Nicolas’s granddaughter, Xochil Toledo, remembers her grandfather’s joy during the event.

"He was so happy," she recalled. "Happy to be living in the moment."

Sadly, however, the family’s joy soon turned to terror as a gunman opened fire on the crowd from a rooftop.

As shots first rang out, Nicolas Toledo and his family didn’t know right away exactly what was happening. It’s easy to imagine the initial gunfire being mistaken for some type of parade activity.

However, as the bullets began hitting innocent bystanders, it became clear something horrible was taking place. And in the midst of all of the chaos, three bullets struck and killed Nicolas Toledo.

The man’s granddaughter, Xochil, remembers her father getting shot in the arm while trying to shield Nicolas. Sadly, though, he couldn’t protect the grandfather in the wheelchair. Nicolas lost his life, but kept the bullets from killing any of his loved ones.

"He was the one who saved all of our lives,” Xochil explained. “It would have gone to me, my boyfriend, or my cousins.”

Nicolas Toledo was one of seven people killed during the Highland Park mass shooting. Over 30 people ranging from 8 years old to 85 were injured. And the horrific incident left everyone stunned.

"We were all in shock," Xochil Toledo recalled. "We were crying, we couldn't believe all that had happened — we couldn't breathe."

The family of Nicolas Toledo is understandably devastated over the loss of their sweet grandfather. And while no one should have lost their lives that day, I’m sure Nicolas would at least find peace in knowing his death protected the ones he loved so dearly.

"He was a sweet, caring grandfather," his granddaughter said. "He wanted only the best for his kids and grandchildren."

YOU MAY ALSO LIKE: Mom Cradles 18-Year-Old Son As He Takes His Last Breath After He Stepped In To Protect Family

Our prayers go out to all who were impacted by this senseless tragedy.

LISTEN: Hockey Player Who Died Saving Teammate And His Pregnant Wife Is Hailed A Hero | Patient Passes Away On Helicopter And Moments Later Cameras Spot An Angel In The Sky