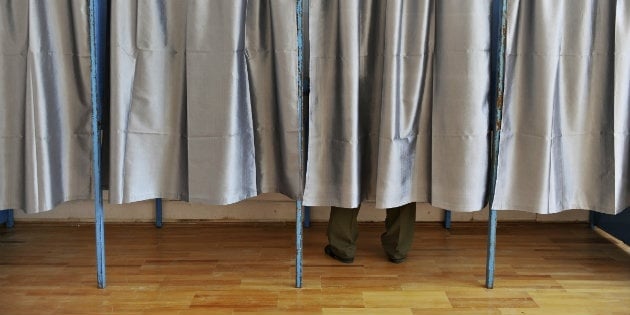 Should You Vote for the Lesser of Two Evils?
Read Article »

Jim Mininni fought a long and hard battle with lung cancer, with his loving wife, Cindy, beside him every step of the way. And as Jim went to the hospital for what everyone knew would be the very last time, he wanted nothing more than his wife by his side as he said his final goodbye. The trouble was, Cindy had suffered a heart attack and was on life support herself. But the couple’s son moved heaven and earth to make sure his father’s dying wish was granted. 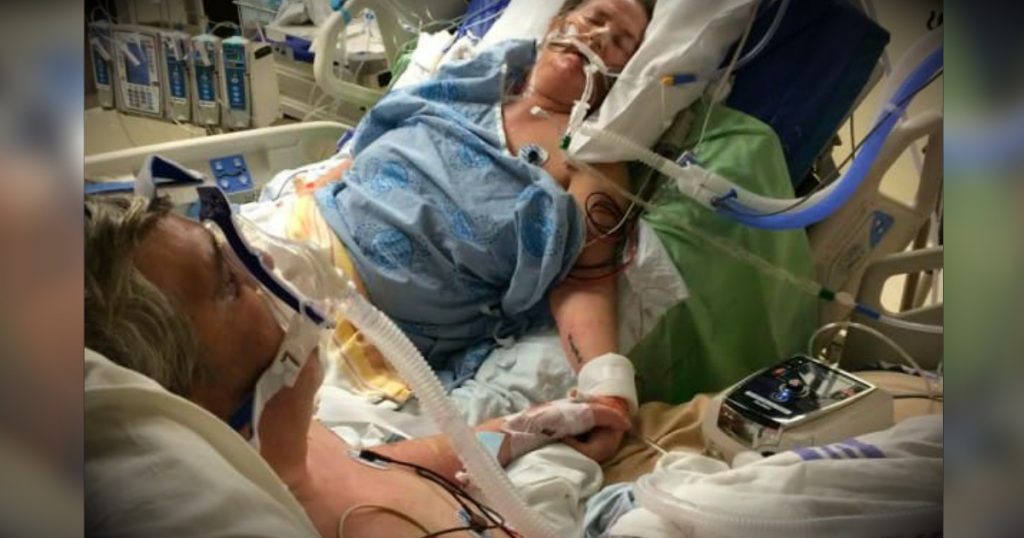 Prior to the heartbreaking photo of their final goodbye, Jim and Cindy had been deeply in love for 24 years. Jim cried tears of joy when Cindy announced she was pregnant, and they became a happy family of three after their son, Chris, was born. 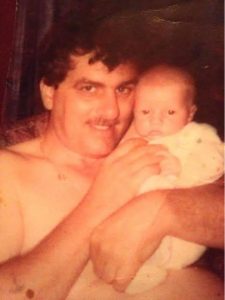 But things got tough for the family when Jim was diagnosed with lung cancer.

For years he bravely battled the terrible disease, and underwent round after round of chemotherapy. Cindy was always there to care for him and cheer him on. 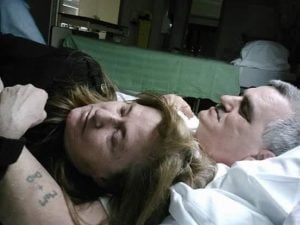 Her strength and devotion was an inspiration to their son, Chris. But the day finally came when there was nothing left to do for Jim other than to try to make him as comfortable as possible until his time came.

Jim headed into the hospital for what the doctors said would most likely be his final days. And like always, Cindy and Chris planned to be by his side. But the very next day, Cindy had a heart attack. She was rushed to a different hospital and put on life support, leaving 21-year-old Chris bouncing between two hospitals, trying to figure out what to do.

“It was frightening,” he recalls. “I didn’t know what to do. It was the worst thing ever.”

Jim’s health was declining rapidly, and it was clear to everyone that he didn’t have much time. So, Chris worked alongside Jim’s doctors and got Cindy transferred to the same hospital, in the room next to Jim’s.

Chris says his dad started to freak out when they told him Cindy was in the hospital herself. And after they explained the full situation — the fact that Jim was in his final hours — the dying man desperately started trying to write something.

Jim was unable to speak, and his poor health coupled with all of the medication made it extremely hard for him to write. With painstaking difficulty, he managed to scribble the first letter — “M.” Then came the next — “O.”

“We didn’t know what was he trying to say,” says Chris. “We thought he was trying to write mouth because it was very frustrating to him that he could’t speak.”

But finally, the third letter made Jim’s wishes clear. He’d written “mom,” and everyone knew it was because he wished to say a final goodbye.

Thought it was risky, the hospital obliged. They wheeled the dying man next door to the room where his wife lay unconscious, and Jim tenderly held Cindy’s hand until breathing his last breath. 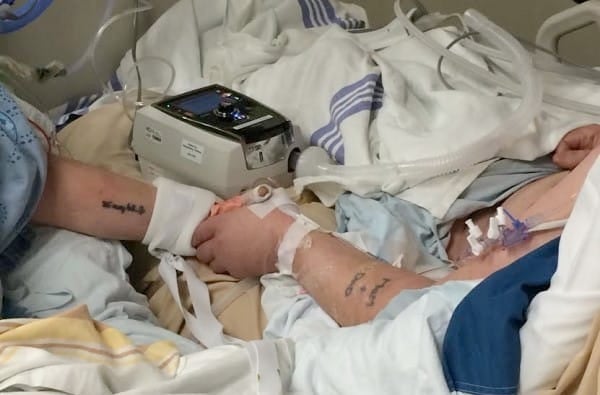 Chris was there to witness the emotional scene, and he photographed his parents’ final goodbye so that he could share it with his mom once she woke up.

“The one thing that incapsulates my dad in this lifetime is that he loved my mother with all of his being,” he says. “That’s why I love that photo so much – I feel like it shows it.” 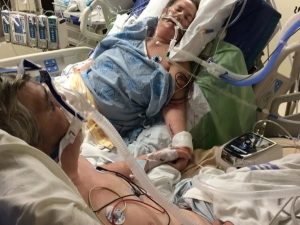 Cindy spent 11 days on life support, but is now making a full recovery. She has no firsthand recollection of the time she spent with Jim in the hospital, but thanks to Chris, she has the photo and story of their final goodbye to cherish forever.

Chris also shared the incredibly moving photo on social media, and the beautiful love story has taken the Internet by storm.

“I want people to see how much love they had for each other,” Chris says. “My parents got to be together until the end. We should all be so lucky.”

What a wonderful blessing, indeed. Love truly conquers all!

Watch as this loving wife sings with her husband who is in the hospital! 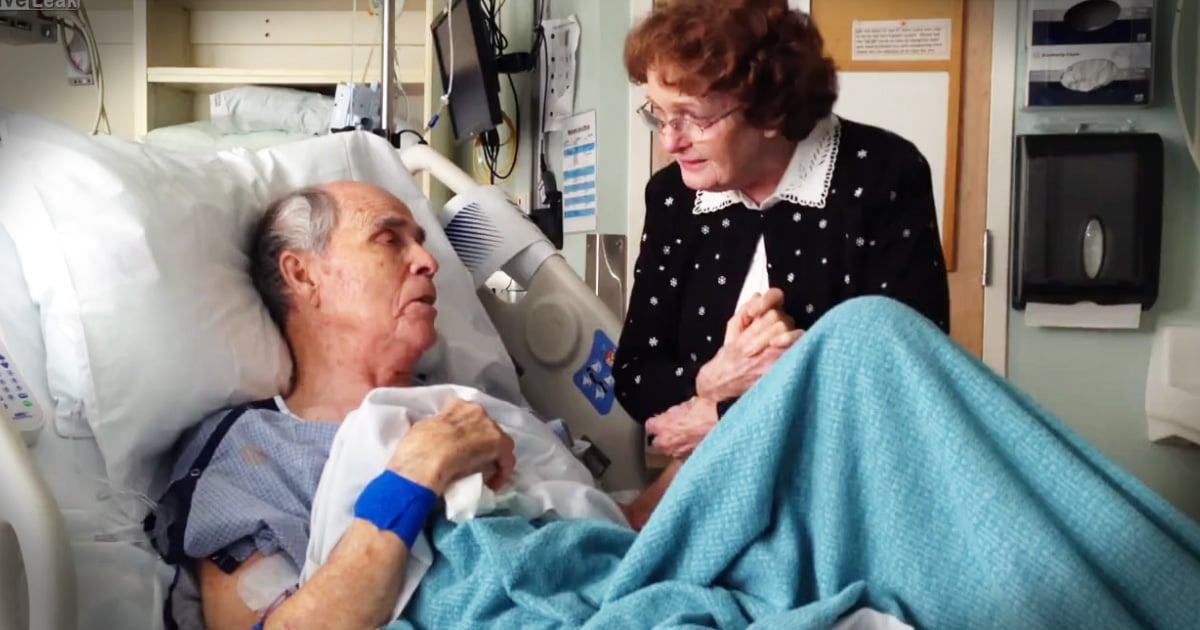