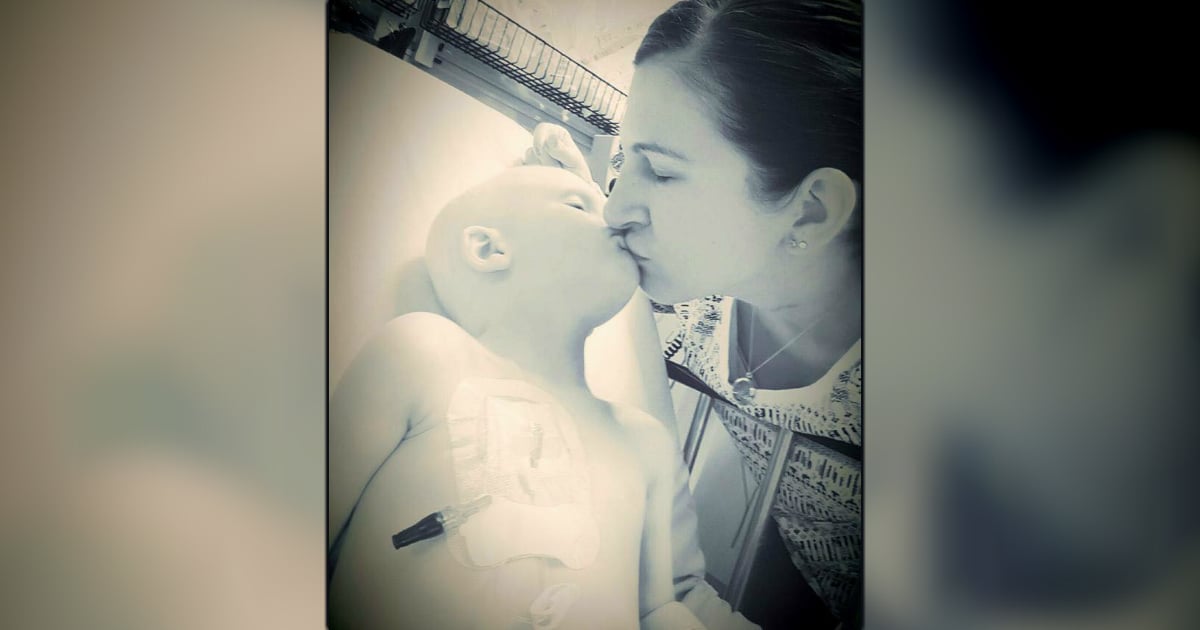 A rainbow baby is a special blessing. It’s the baby born after the loss of a pregnancy. It’s just the blessing Hunter and Hope Madden received after a heartbreaking series of miscarriages. And a beautiful photo captures the touching moment when the proud dad holding his rainbow baby is overcome with emotion.

The first two miscarriages happened early on in the pregnancies. With the third, they found out they were having a boy — a son they named Owen. They were so excited.

But then, a later ultrasound revealed Owen no longer had a heartbeat.

“Losing our son was very hard on both of us,” Hunter said. “It was just such a gut punch.”

So, when Hope became pregnant with a little girl, the couple couldn’t help but brace themselves for more disappointment.

“I think one of the worst things to come from losing Owen, other than his loss, was the way I kept waiting for the other shoe to drop with our daughter,” Hunter recalls.

Though understandably nervous, the couple used their faith to keep them cautiously optimistic.

And then, little Evelyn Madden was born. And she was perfect in every way!

Birth photographer Leilani Rogers was on hand to capture the precious moment when Evelyn — a name that means “longed for” — was born. She shared some of the photos from that day.

Seeing these parents welcome little Evelyn, the baby they have so longed for, is beautiful. In some of the pictures, you can see the tattoo Hunter got after losing his son, Owen.

“My tattoo is a tree that turns into an anchor at the bottom,” Hunter explains. “The tree represents my family tree and the anchor represents God’s promise of love for us.”

And one of the most touching photos is of Evelyn’s proud dad holding his rainbow baby and weeping with sheer joy.

“I could not believe I was allowed to hold something so perfect and I was overwhelmed with thanksgiving for finally getting to be a father.”

YOU MAY LIKE: Photo of a devoted dad caring for his sick son stirs up controversy

It’s not always possible to see how our hurting fits into God’s plan, but if we trust in Him, He will always use all things for good. He will always provide and carry us through.

“You turned my wailing into dancing; you removed my sackcloth and clothed me with joy” Psalm 30:11