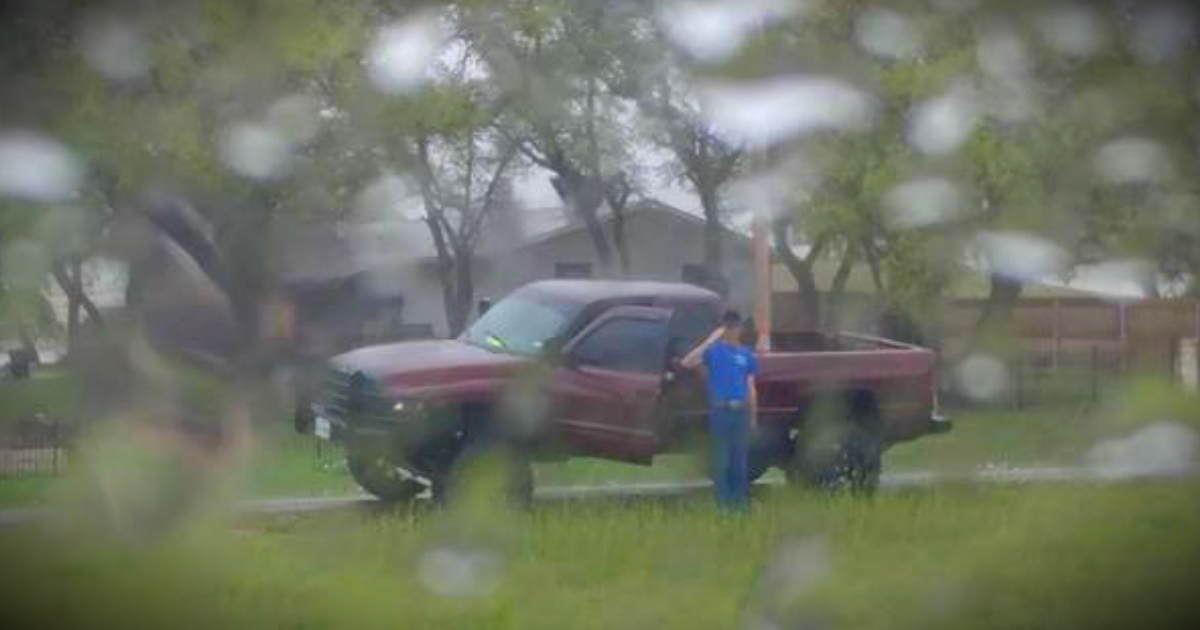 “Mommy I love you.” Those were the last words of one of God’s bravest warriors, Nolan Scully. As his battle neared its end, the 4-year-old discussed his impending death with unshakable faith, telling his mom he’d just wait in Heaven for her. And though his time life was short, it had a huge impact on the hundreds of thousands who followed his story!

Only God could fit so much love into such a tiny body. Little Nolan was bursting at the seams with it. Love beamed from this little boy’s smile, drawing hundreds of thousands of followers to his NolanStrong Facebook page.

Nolan’s family started the page when he was handed his diagnosis of rhabdomyosarcoma — a rare soft-tissue cancer — at just 3 years old. The Facebook page followed the ups and downs of his journey over the next year. 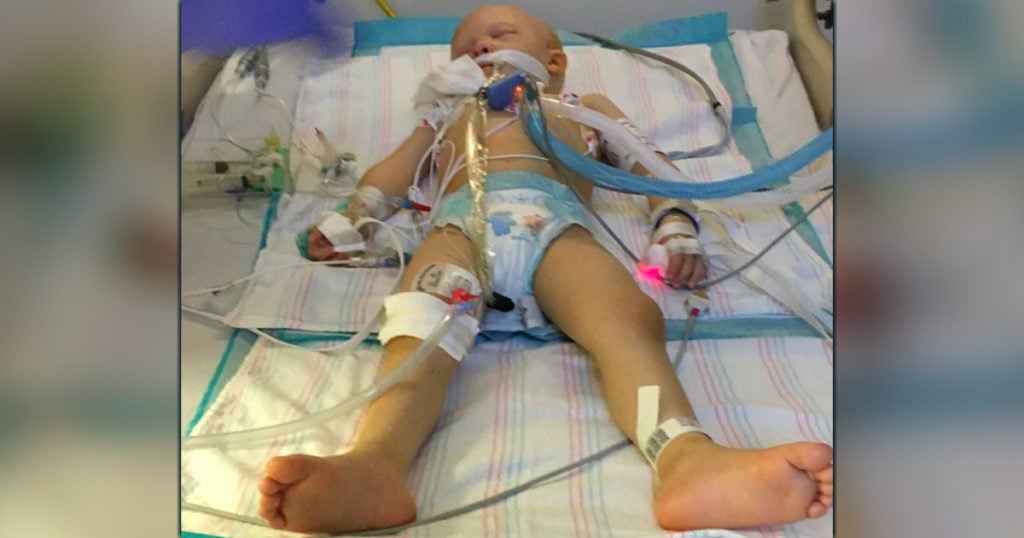 The little warrior’s bright spirit stole the hearts of his local community, along with thousands upon thousands of strangers online.

"Every battle he's had, he just bounced back, unbelievably," said Mark Bell, a family friend and Chief of the Leonardtown Volunteer Fire Department. "You knocked him down, he just came back and ran."

Little Nolan wanted to serve the community, just like his firefighter dad, Jonathan. Jonathan served as the Chief of the Leonardtown Volunteer Fire Department. He stepped down once his son received his cancer diagnosis.

The little boy longed to become a police officer. While in the hospital, the city's Police Commissioner made Nolan’s dreams come true, swearing him in as an honorary police officer. From that day on he became "Sgt. Rollin' Nolan." Several local fire departments followed suit.

Everyone was rooting for Nolan. From strangers across the internet, to the doctors trying desperately to make him well. Nolan’s mom, Ruth, recalls the heartbreaking day they realized the end was near.

“We were sat down with his ENTIRE team. When his Oncologist spoke, I saw the pure pain in her eyes. She had always been honest with us and fought along side of us the whole time. But his updated CT scan showed large tumors that grew compressing his bronchial tubes and heart within four weeks of his open chest surgery. The Mestatic Alveolar Rhabdomyosarcoma was spreading like wild fire. She explained at this time she didn’t feel his Cancer was treatable as it had become resistant to all treatment options we had tried and the plan would be to keep him comfortable as he was deteriorating rapidly.”

RELATED: Dad shares a heartbreaking photo of his dying 4-year-old to raise awareness

Nolan’s family had been dreading this kind of news all along. Ruth gathered the strength to go tell Nolan. But his reaction showed the powerful faith this little angel had. Not only did Nolan have absolutely no fear of death, he told his mom he’d wait in Heaven for her!

“I sat down with him and put my head up against his and had the following conversation:

Me: Poot, it hurts to breathe doesn’t it?
Nolan: Weeeelll…. yeah.
Me: You’re in a lot of pain aren’t you baby?
Nolan: (looking down) Yeah.
Me: Poot, this Cancer stuff sucks. You don’t have to fight anymore.
Nolan: (Pure Happiness) I DONT??!! But I will for you Mommy!!
Me: No Poot!! Is that what you have been doing?? Fighting for Mommy??
Nolan: Well DUH!!
Me: Nolan Ray, what is Mommy’s job?
Nolan: To keep me SAFE! (With a big grin)
Me: Honey … I can’t do that anymore here. The only way I can keep you safe is in Heaven. (My heart shattering)
Nolan: Sooooo I’ll just go to Heaven and play until you get there! You’ll come right?
Me: Absolutely!! You can’t get rid of Mommy that easy!!
Nolan: Thank you Mommy!!! I’ll go play with Hunter and Brylee and Henry!!”

Nolan and his family spent the next few days — which would be Nolan’s last — enjoying the time they had left.

Nolan loved having his mom by his side. He always wanted to be able to see and touch her. On his last day of life, she got his permission to slip away for a quick shower. No sooner than the bathroom door clicked, “he shut his eyes and went into a deep sleep, beginning the end of life passing.”

When Ruth came out of the bathroom, Nolan’s entire medical team was around him with tears in their eyes. He’d slipped into a coma — his lung had collapsed and his oxygen dropped.

Ruth wrote about those heartbreaking, yet miraculous final moments with her son:

“I ran and jumped into bed with him and put my hand on the right side of his face. Then a miracle that I will never forget happened….

My angel took a breath, opened his eyes, smiled at me and said ‘I Love You Mommy’, turned his head towards me and at 11:54 pm Sgt. Rollin Nolan Scully passed away as I was singing ‘You are My Sunshine’ in his ear.”

When Ruth shared this gut-wrenching memory online, she included a side by side photo of the bathroom floor. Nolan loved his mom tremendously and used to lay on the bathmat outside the shower. His grieving mom writes:

“Now I’m the one terrified to shower. With nothing but an empty shower rug now where once a beautiful perfect little boy laid waiting for his Mommy.”

If it weren’t for Nolan’s and his family’s faith, the goodbye would have felt final. But Nolan knew without a shadow of a doubt that, because of the price Jesus paid for us all, the goodbye is just temporary. Because of our Lord and Savior, Nolan will keep his promise to wait in Heaven for the rest of his loved ones.

Now that Nolan’s beautiful spirit had left earth to wait in Heaven, it was time to lay his body to rest. And the whole community rallied together to give him the best possible send off!

Thousands came out to offer condolences. Happy songs that Nolan picked out himself played — like “This Little Light Of Mine.” Per Nolan’s wishes, many of the attendees wore either his favorite color (red) or a NolanStrong T-shirt.

"He wanted everyone to smile and be happy," Diana Rogers, Nolan’s grandmother said. "So even in the end, he was not thinking of himself."

The funeral was shared with Nolan’s many Facebook followers via a live stream. And in a touching display from local first responders and law enforcement agencies, "Sgt. Rollin' Nolan" was honored with a hero’s send-off.

Firefighters and police officers took turns standing watch over Nolan’s red casket at the service -a privilege usually reserved for officers who died in the line of duty. The funeral procession began at the Hollywood Volunteer Fire Department. The casket was carried outside, where roughly 100 first responders stood saluting the tiny officer. Nolan’s casket was transported atop the fire truck, and he was honored with his very own End Of Watch “last call.”

Nolan’s Last Call can be heard in the video below:

As heartbreaking as losing Nolan is, seeing the impact he made in just four short years just goes to show it’s not how much time you have, but what you do with it. This sweet angel inspired so many with his incredible faith.

“He made unbelievers believe. He brought the community together in such positive way," his grandmother said.

To have touched so many shows that God had a special purpose for Nolan. And we pray God’s grace will bring peace to his grieving family. May they take comfort in knowing this sweet boy is now perfectly healed and waiting for them in Heaven.

YOU MAY ALSO LIKE: A grieving aunt’s tribute to the 7-year-old niece she lost too soon.

“The Sovereign LORD will wipe away the tears from all faces; he will remove his people's disgrace from all the earth. The LORD has spoken. In that day they will say, ‘Surely this is our God; we trusted in him, and he saved us. This is the LORD, we trusted in him; let us rejoice and be glad in his salvation.'” Isaiah 25:8-9