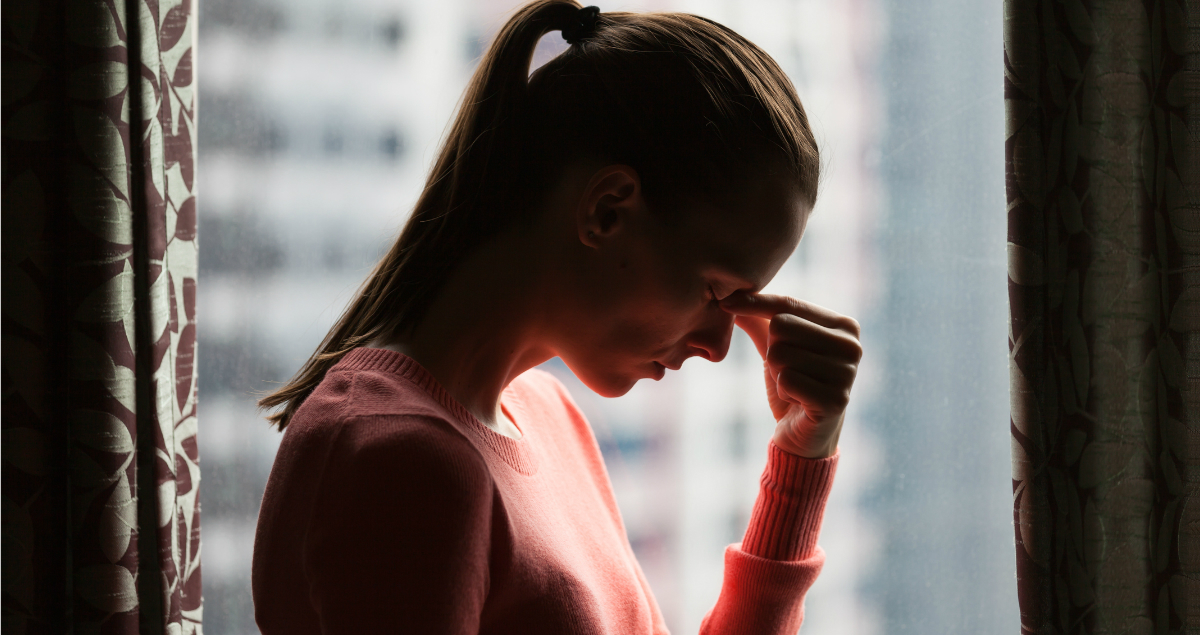 Andy and Nicki are living every parent’s worst nightmare. They’ve watched their 4-year-old daughter, Jessica, suffer in agony for more than a year. Now, there’s nothing left to do but prepare to say goodbye. As a photographer, Andy used his camera to capture a moment from his little girl’s final days. And this dad’s heartbreaking photo shows what childhood cancer really looks like.

After Jessica spent ten weeks in the hospital for a bone infection, Andy and Nicki thought their nightmare was over. But then doctors discovered a mass in the 4-year-old’s tummy. And the nightmare was just beginning.

“It was devastating,” Andy explained. “Jessica was all ready to come home. She was even in her coat. Then we were told she’d need to stay in hospital for more tests.”

The mass turned out to be a cancer on Jessica’s liver. After the diagnosis came chemotherapy and different drug trials. And while the tumor didn’t grow in size, the cancer didn’t go away either. In fact, it spread to other parts of Jessica’s body.

“It was a shock,” Andy said. “On the outside Jessica looked so well, it was hard to believe she wasn’t getting better.”

RELATED: Parents honor their late daughter with a wedding-themed service symbolizing her marriage to Jesus

The Beginning Of The End

One clinical trial remained, but doctors explained it wouldn’t cure Jessica. They would be pumping her full of chemicals simply to prolong her life. Andy and Nicki wanted to do what was best for Jessica. So, they made the difficult decision to stop all treatments.

“The news felt like my heart was ripped out of my chest while someone sucked the air from my lungs,” Andy said.

Doctors said, without any treatments, Jessica would only have a few weeks left to live. And that’s when Andy felt called to use their tragedy to help others.

The dad’s heartbreaking photo is raising awareness on the harsh reality of childhood cancer. It’s Andy’s hope that, in raising awareness, his daughter’s story will inspire more funding, efforts, and research for finding a cure so that other families can be spared such agony.

RELATED: A grieving aunt’s photo tribute to the 7-year-old niece she lost too soon

“As a photographer it is important to capture the truth and the reality of a situation, too easy it becomes to capture the joy of life whilst discarding the torture that we see.

This is the hardest photograph I have ever made, it is in fact my own four year old daughter.

A few days ago she was given what is most likely only a few weeks to live after a battle against cancer that has been waged for over twelve months. This photograph was made in a moment that we as parents could offer her no comfort, her pushing us away whilst she rode out this searing pain in solitude.” 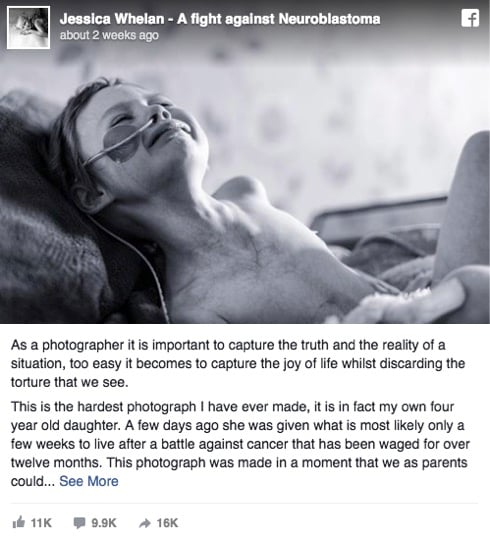 “This sadly, for us as a family, is not a sight that we see rarely.

This is now a familiar sight that we see regularly through each day and night, its frequency now more often. This is the true face of cancer, my baby girls blood vessels protruding from beneath her skin, a solitary tear running down her cheek, her body stiffened and her face contorted in pain.

I could try and use a thousand words to describe this image that we as parents are confronted with on a daily basis but these words would fall short of truly depicting the sight we see.

With this photo I do not mean to offend or upset, I do mean however to educate and shock those that see it in it's context. Perhaps by seeing this photo people not in our position will be made aware of the darkness that is childhood cancer, perhaps these same people may be able to do something about it so that in the future no child has to suffer this pain, so that no parent has to bear witness to their own flesh and blood deteriorating daily.

The only apologies I offer are to those that know Jessica, I understand that this photo is hard to see and even harder to absorb. To those that do not know Jessica I offer no apologies, this is what cancer does to a child in their final weeks and days!!!

Before her diagnosis I was one of those ignorant to the darkness of childhood cancer, not truly appreciating the hell that it brings.

It would never happen to us!

Now I give childhood cancer the respect it deserves, seeing too many children suffering this same fate and watching families torn apart.

If this photograph only serves as a purpose to make people think twice about this evil and put into perspective what it does to a child then it has achieved its purpose. Research needs to be done, cures need to be found, too long now has this been allowed to happen.

Please I beg of you, as a heartbroken father, it is too late for my daughter, but childhood cancer needs to be cured. No family should have to go through this hell.”

Our prayers are with the family, and we applaud Andy for having the courage to share such a difficult time to try to help others.

UPDATE: Since this story was originally posted, Jessica’s battle has ended. This sweet angel is now at home with the Lord, and our prayers continue for her family.

“My flesh and my heart fails: but God is the strength of my heart, and my portion for ever.” Psalms 73:26

YOU MAY ALSO LIKE: Dad Gives His Dying Baby Girl The Wedding Of Her Dreams