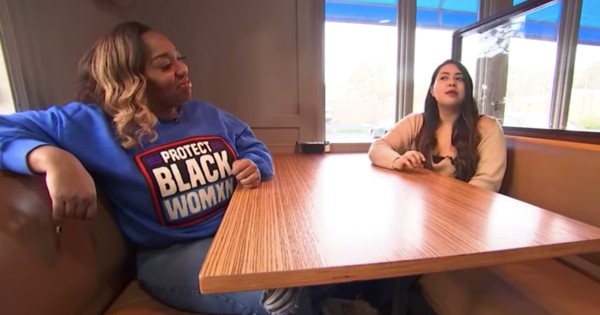 Customer Wants To Bless Struggling Mom And The Waitress Gets 10,000 Dollar Tip As A Result
Read Article »

It’s always touching to see a Daddy holding his newborn. But seeing Mark Aulger hold his baby girl Savannah for the first time was especially moving. And that’s because it fulfilled this father’s dying wish just before he passed away.

At the age of 52, Mark Aulger was dying from pulmonary fibrosis. At the same time, Mark’s wife, Diane, was carrying the couple’s fifth child.

But the news became bittersweet when the Aulger family of Texas discovered Mark had little time left on this earth.

Dad With Little Time Left Has One Last Request

The Aulger family celebrated Christmas together in 2011 thinking Mark had beat cancer. This Daddy looked forward to holding his newborn daughter in his arms in the coming year. But by January 3, 2012, Mark was back in the hospital, struggling to breathe.

Doctors determined that eight months of chemotherapy had ruined his lungs. They diagnosed Mark with pulmonary fibrosis

“We thought he could get on steroid treatment and oxygen and live for years,” wife Diane Aulger explained.

But by January 16, doctors estimated Mark had only about one week left to live. The news came just a month before Diane was due to deliver Savannah.

Before going home to be with the Lord, Mark had just one last wish. The Daddy wanted to hold his newborn baby girl in his arms.

Diane was determined to help her husband’s dying wish come true. And so, with the help of her doctors, she decided to induce labor two weeks early to make it happen!

On January 18, hospital staff moved Mark Aulger into a large delivery room. He lay in his bed, hooked up to oxygen while Diane delivered their sweet baby girl two weeks early.

In a moment that was both tender and heart-wrenching, Diane looked over at this Daddy holding his newborn baby.

“The day she was born his oxygen levels were really high,” she said. “He held her for 45 minutes. Him and I just cried that whole time.”

A few days later, on January 23rd, Mark Aulger found his healing in Heaven. He was surrounded by family, including little Savannah who was in his arms.

YOU MAY ALSO LIKE: Newborn Baby Smiles At Daddy The Instant She Hears His Voice

There’s no question Mark loved Savannah deeply. And while the family must now carry on without him, they can take comfort in knowing his last wish to hold his baby girl in his arms had been granted.