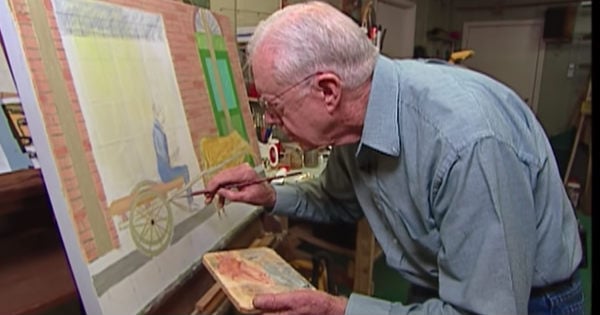 As soon as 13-year-old Charlotte Summers starts singing ‘I Put A Spell On You’ on America’s Got Talent, she wows the judges with her powerful, confident voice!

Charlotte Summers began performing at just five years old. From that moment on, the Spanish singer has never stopped singing!

One of Charlotte’s biggest dreams is to appear on America's Got Talent. She would watch the show with her sister and always looked up to judge Simon Cowell.

Now, this young girl is getting the opportunity of a lifetime as she auditions for the popular show.

Teen Leaves All In Awe With Incredible Performance

Full of confidence, Charlotte Summers steps out onto the stage and belts out the lyrics to ‘I Put A Spell On You.'

"I put a spell on you

You better stop the things you do

Jalacy Hawkins originally released this hit song in 1956. Over the years, many other artists have covered the tune such as Nina Simone and Bette Midler for the film ‘Hocus Pocus.'

Today, Charlotte is putting her own spin on the classic and it's absolutely awe-inspiring. This teenager has such a big voice and she performs every single note flawlessly.

Even the judges can’t believe this old-soul voice coming from such as young performer. She easily earned a standing ovation from the entire crowd with this one-of-a-kind audition.

Charlotte Summers is already a big name overseas. And now, the United States is being introduced to this powerhouse vocalist.

I'm definitely looking forward to her next song selection and performance on America's Got Talent.

WATCH: Charlotte Summers Sings ‘I Put A Spell On You’