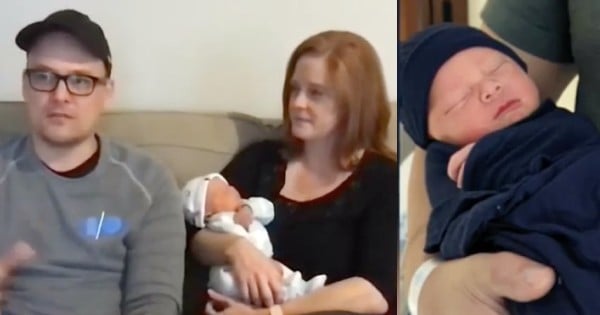 One second grader wrote a book and snuck it onto the shelves at his local library. And now there is a waiting list for readers to get their hands on it!

Dillon Helbig is 8 years old. Recently, he took a trip with his grandmother to his local library in Boise, Idaho. And that's when he seized his opportunity to sneak the 81-page book that he made with a red notebook and colored pencils onto a shelf in the children's section.

His book is titled The Adventures of Dillon Helbig’s Crismis by “Dillon His Self.” The book tells the story of Dillon decorating his Christmas tree when the star blasts him to the first Thanksgiving and the North Pole.

Dillon shared with his mother, Susan Helbig, about how he put his book on a shelf at the library, but when they went back a few days later to retrieve it, it was not where he had left it. His mother called the library to see if anyone had discovered Dillon's book and asked it not to be thrown out.

"It was far too obviously special an item for us to consider getting rid of it,” Alex Hartman said, the branch manager at the library. He shared how the employees at the library and even his 6-year-old son got a kick out of Dillon's book.

“Dillon is a confident guy and a generous guy. He wanted to share the story,” Alex shared. “I don’t think it’s a self-promotion thing. He just genuinely wanted other people to be able to enjoy his story.... He's been a lifelong library user, so he knows how books are shared.”

Second Grader Sneaks His Own Handwritten Book Onto Library Shelf

Now Dillon's book has been officially added to the graphic-novels section of the library, and library cardholders are able to check it out anytime they want. The waitlist for the book is already 55 people long! And readers can rent the book for up to four weeks but are unable to renew it since the demand is so high.

What a dream come true for this young author! “I wanted to put my book in the library center since I was 5, and I always had a love for books and libraries,” Dillon shared. “I’ve been going to libraries a lot since I was a baby.”

And now Dillon is already working on the sequel for his book. And his actions are also influencing his classmates who also want to write stories. “It’s pretty neat to see how he’s inspiring little minds,” said Dillon's mother.

YOU MAY ALSO LIKE: Grandma Wins The Lottery And Returns To Store To Honor A Promise She Made To The Clerk

Way to go Dillon for pursuing your dreams and inspiring a love for reading and writing!