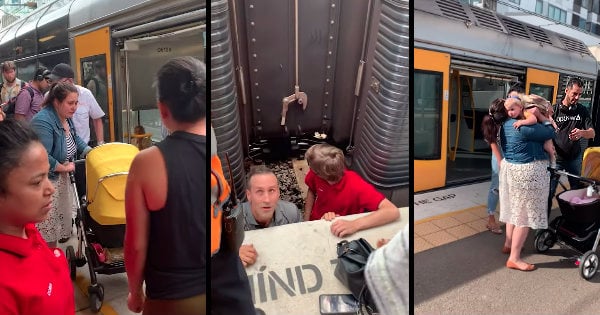 Evan Groves is a boy suffering daily from a rare skin condition, Epidermolysis Bullosa. The painful disorder causes his skin to blister and tear. But his best friend in the world, Parker Willis, is raising money to help ease some of Evan’s struggles. And their amazing friendship is truly inspiring!

For 11-year-old Evan Groves in Covington, Virginia, every day is pain. And that’s because he suffers from a rare skin condition, Epidermolysis Bullosa. As a result of the condition, Evan’s skin is very fragile and prone to blistering and tearing.

***WARNING: Images and content may be too graphic for some audiences***

In addition to constant, painful sores, Evan has lost sight in one of his eyes. He also is very soft-spoken due to his tracheostomy tube and scarring on his vocal cords. Most people have trouble understanding him.

But God sent a special angel, Parker Willis, to help watch over Evan!

Evan’s mom, Christina McLaughlin, had seriously considered homeschooling her son. With the special needs of his rare skin condition, Epidermolysis Bullosa, she feared he’d be bullied or ostracised at school.

But while volunteering at the school, Christina noticed something amazing.

That something amazing was the friendship between her son and his classmate, Parker Willis. The pals first met in Kindergarten and their brotherly bond has only grown over the years.

By the third grade, the brotherly bond between Evan Groves and Parker Willis was so touching, it caught the attention of a local news station.

"I think my son is 8 years old and I’ve seen his purpose," Parker’s mom, Karen Willis, said at the time.

Parker is a God-send for Evan Groves. He has no trouble understanding his best bud. And even in the third grade, he was there to watch over and help Evan any way he could.

"Their friendship is amazing," Christina explained. "If Evan needs something — cream, a filter for his trach (tracheostomy tube), Parker does it all."

And as the boys have grown older, their bond has remained just as strong. Parker isn’t just a friend. He’s a fellow caregiver and advocate for Evan with the special needs arising from his skin condition, Epidermolysis Bullosa. 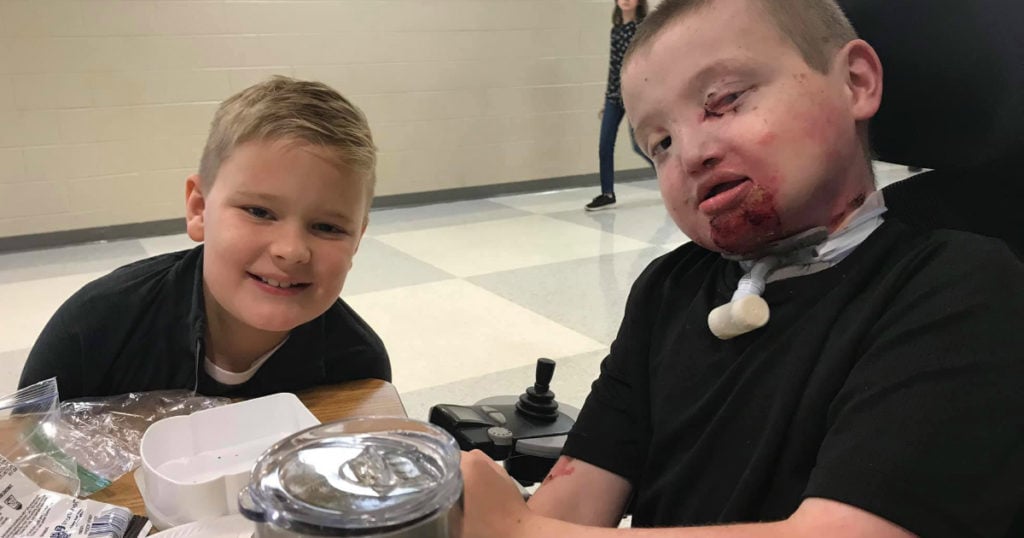 And this sweet child and his family had an idea for a way to make Evan’s and Christina’s lives easier.

Bathtime is especially difficult for Evan Groves. He can’t sit down in the tub because of the blisters and sores on his body. And since any kind of friction can easily tear his skin, getting in and out of the tub is a struggle. Then, after the bath, Christina must treat and bandage Evan’s blisters.

RELATED: Parents Looked at Newborn's Face And Feared Something Was Terribly Wrong

Currently, it takes Christina around 2 to 3 hours to properly bathe and change Evan’s dressings.

So, that gave Parker Willis and his family the idea of building an addition onto Evan’s bedroom. The goal is to have an Americans with Disabilities Act-compliant bathroom with a toilet Evan’s size, a walk-in shower able to accommodate a wheelchair, a closet, medical storage cabinet, and a medical-grade table to help with changing Evan’s dressings.

Additionally, the Willis family would also like to put new flooring into Evan’s bedroom, along with a heat pump since Evan is so sensitive to temperature.

And all of this comes from the Willis family’s desire to make life easier for Parker’s best friend.

“This child is in pain every day. Every day,” Parker’s dad, David, says with tears in his eyes. “I just want him to have a good day.”

The addition is estimated to run around $48,000. And though the Willis family is prepared to make it happen no matter the cost, they started a fundraiser so the community could help out.

And the response has been amazing!

Just one day after the local news ran a story on the fundraising efforts, more than 200 people donated to the Evan Groves Fundraising Page.

And more people in the community started getting involved, too. A local bank set up an account for donations and a church planned a steak dinner to help raise funds.

With the extra funds, David was able to order a hospital bed for Evan’s room — something Christina had been trying to work out for more than a year. And he’s got some other medical improvements in mind to make life easier for Evan Groves and his mom.

What a beautiful example of being the hands and feet of Christ here on earth. And it’s a powerful reminder that God goes before us and knows our needs even before we do.

What a blessing and inspiration the beautiful friendship is between Evan Groves and Parker Willis. We’ll all certainly be praying for both of the families!

YOU MAY ALSO LIKE: Woman with Incurable Skin Disease Trusted God To Send Her A Man Who Saw With His Heart

If you’re interested in keeping update to date with Evan Groves’ progress, you can check out his Facebook page, Evan’s Journey.