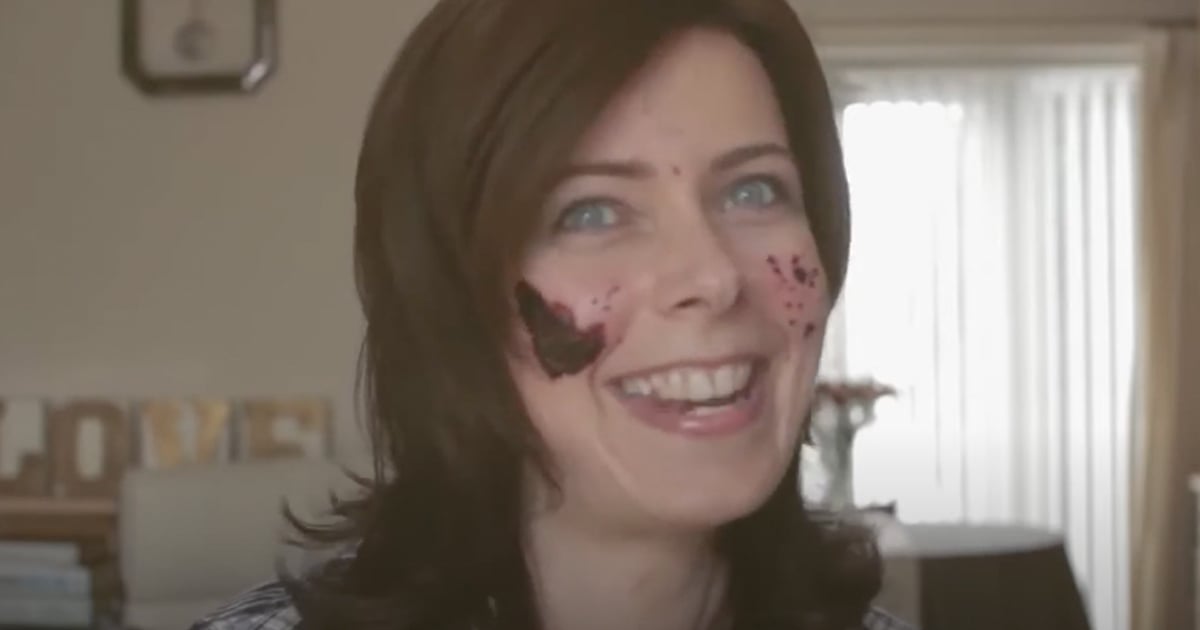 Bed-Ridden for 9 Years, She Never Stopped Praying to Dance Again with her Husband
Read Article »

A rare condition is making 5-year-old Lennon Townsend’s skin fall off. And his heartbroken family could use our prayers!

***WARNING: Images and content may be too graphic for some audiences***

Lennon Townsend is non-verbal and already lives with several medical conditions, including epilepsy. But even so, his mom, Nicola Grantham, says her son always has a sunny disposition. He often “claps with joy” as things go on around him. 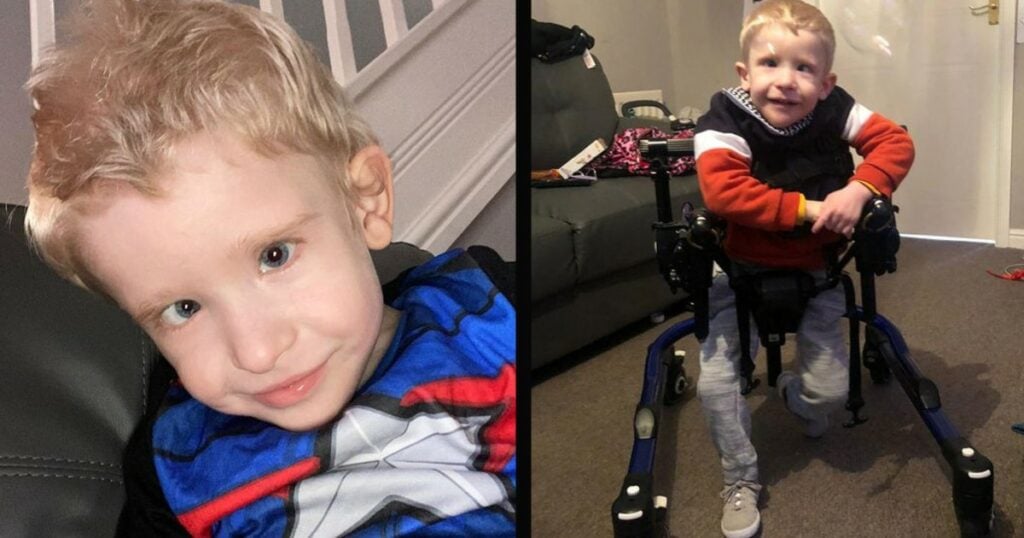 But then, one day, the 5-year-old boy began showing flu-like symptoms. He had a temperature and a rash all over.

Doctors diagnosed the boy with a viral infection. They said the rash would go away on its own. But that’s not what happened.

Instead, the rash persisted. Blisters formed and then peeled, leaving painful raw spots. And Nicola began noticing pieces of her son’s skin falling off.

“It was horrendous,” she recalled. “When I went to get him I noticed there was a piece of skin missing from his face. Then when I picked him up I noticed wherever I would touch the skin it would fall off.”

Things only got worse as Nicola and her partner, Leon Townsend, tried to get Lennon out of bed.

"His dad went to lift him up and his skin just slid off him,” she says. “It was awful, it just seemed to happen so quickly. When we turned him on his side all the skin on his back had come off. It looked like he'd been scalded all over his body.”

Nicola and Leon rushed their son to the hospital.

"It was awful to watch,” Nicola said. “All the nurses and doctors were so upset and concerned about him.”

Whatever was causing Lennon Townsend’s skin to fall off was also putting him in a lot of pain. And at times, doctors weren’t even sure if the little boy would live through the horrible ordeal.

"It was the longest weekend of my life. We were just by his bedside praying he would survive," his mom says.

As the boy’s condition deteriorated, doctors rushed him into surgery to perform a process known as debriding where they peel the skin off to prevent infection. 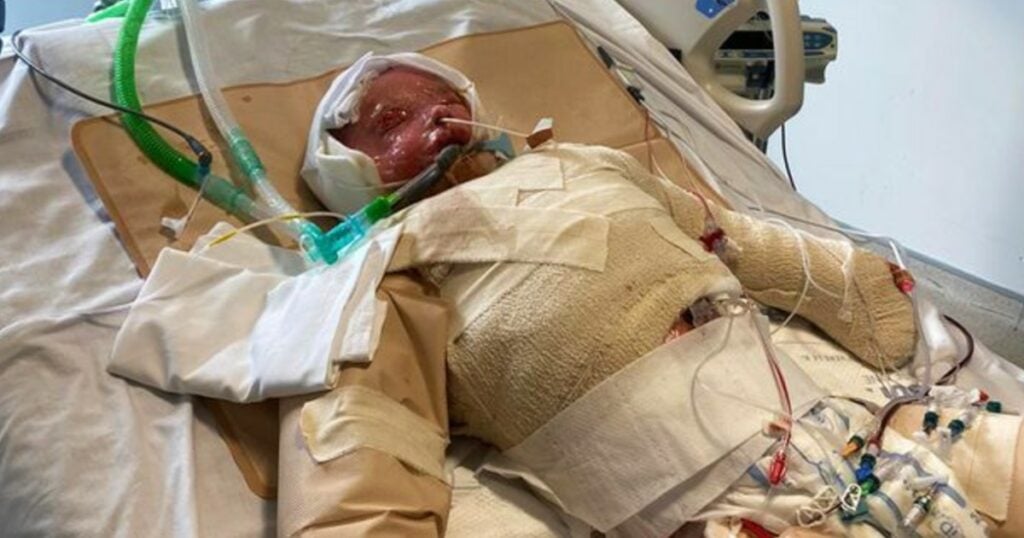 “They thought it would be a three-hour operation. But it ended up being seven hours,” Nicola explained. “They had to remove the skin, wash him in this special solution, and bandage him up from head to toe. They said he had 90 percent surface burns and his eyes were affected, so they had to stitch them together."

The skin biopsies uncovered what was making the boy’s skin fall off. It is a rare but serious disorder called Toxic Epidermal Necrolysis [TEN], the worst form of Stevens-Johnson syndrome [SJS]. Lennon’s doctors believe one of the medications the boy takes for his other conditions caused the TEN.

“They can’t 100% tell us that it is the medication that’s done this,” Nicola says. “It’s just a day-by-day process and then when we get through this it’s going to be months of treatment in the burns unit.”

As traumatic as the entire ordeal has been, Lennon Townsend’s mom Nicola is focusing on the blessings they’ve seen throughout.

“I’m staying positive,” she says. “He’s got a wonderful team of doctors and nurses who not only look after him but also us.”

The efforts to help the 5-year-old boy whose skin falls off is truly collaborative. He’s got neurologists, dermatologists, plastics surgeons, and more all working together to get Lennon better.

"The staff in the pediatric intensive care unit and the burns unit are little miracle workers,” Nicola Grantham says. “If it wasn't for them he wouldn't be here.”

RELATED: Mom Figures Out Why Her Baby's Skin Is ‘Melting Off'

And the debriding treatments are working.

"It's amazing what they can do. His skin is repairing really well. He looks like he has the skin of a newborn baby now," Nicola said. "Unfortunately, because he was on the ventilator for three and a half weeks, he has lost a lot of muscle strength, so he is having a lot of physio to try and build that up. But he's awake and he's communicating.”

Lennon Townsend also has his family cheering him on, though the COVID-19 pandemic limits who can be by his side at the hospital. His 6-year-old sister, Poppy, misses him dearly.

“Poppy is really struggling,” Nicola said. “She's not allowed in the hospital, but Lennon's bed is near the window, so she can stand outside and wave at him. They are the best of friends and she's very protective over him. She loves to give him a hug, so it's hard that she hasn't been able to do that.”

The family has also received support from some unexpected places. Nicola is part of a Facebook group for make-up tips. The group doesn’t know each other personally. But when members heard about Lennon’s skin falling off, they wanted to help. These strangers immediately started a fundraiser to help the family with medical costs during this scary time.

“There are no words to describe how I feel… the fact that they’ve took [sic] it upon themselves to do this for us and also with all the well-wishers from all over the world,” Nicola said. “It’s not all doom and gloom for us, we know a lot more about Stevens-Johnsons syndrome now.”

From their incredible medical team to family and friends and even from strangers all over the world, Lennon Townsend’s family is feeling the love.

"We want to thank every single person who has sent messages and donated. It's made a very stressful situation easier," said Nicola.

YOU MAY ALSO LIKE: Woman with Incurable Skin Disease Trusted God To Send Her A Man Who Saw With His Heart

Life can change in literally the blink of an eye. And in those dark times, God can use the light of others to remind us we aren’t alone. Please continue to lift this little Lennon up for peace, comfort, and healing!