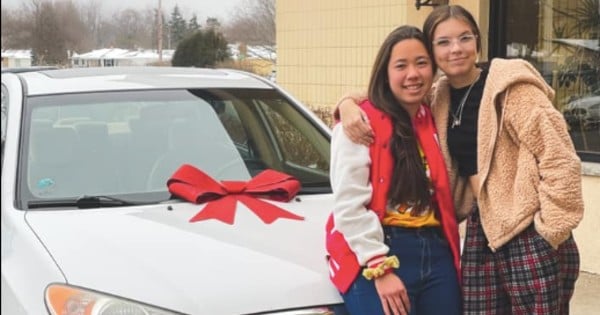 Community members in a small town in France saved a young man's life. And he made sure that their kindness would not go unnoticed, even after his own death.

One act of kindness not only builds encouragement. But it can create a ripple effect for a whole community, generations later. One man never forgot what a small town did for his family in 1943. So, years later, he gives millions to a tiny French town.

RELATED: Couple Divorced In 1965 And Then Found Each Other Again 55 Years Later

The village of Le Chambon-Sur-Lignon is known worldwide for its war-time role of hosting refugees. As well as saving the lives of close to 5,000 people during the holocaust. It also happened to be the home of young Eric Schwan.

In 1943 when he was a 12-year-old boy, the village helped him, both of his parents, and his grandmother during World War II as they fled from being persecuted by Nazis. Eric and his family stayed in this village even after the war was over.

Later, Eric went to college to become a pharmacist. Even though he led an exceptionally blessed life that included a wonderful wife too, he never had the blessing of children of his own. Then last December, Eric passed from this side of heaven to the next.

What no one expected after his death was how he decided to give back to this community that saved his life and his family. Eric left $2.4 million dollars to the town.

He requested the funds be used for schools, scholarships, and to help sick children as well as animal rights organizations. He also wanted some of the money to help health care workers.

His requests to help the weak and the innocent echoes what Jesus said in Matthew to help the least of those among us. It's a challenging call for Christians to follow. But Jesus wanted those who followed him to help society's poor and persecuted.

Eric's gift is a beautiful legacy of how God helped to provide not only a place of shelter and safety but also a community for his family when he was in need. And it is a beautiful message reaching others worldwide.

YOU MAY ALSO LIKE: Girl Was Stuck Riding Bike To Work In The Bitter Cold Until Chick-Fil-A Worker Gives Her Car

‘Come, you who are blessed by my Father, inherit the kingdom prepared for you from the foundation of the world. For I was hungry and you gave me food, I was thirsty and you gave me drink, I was a stranger and you welcomed me, I was naked and you clothed me, I was sick and you visited me, I was in prison and you came to me.' Matthew 25:34-36.