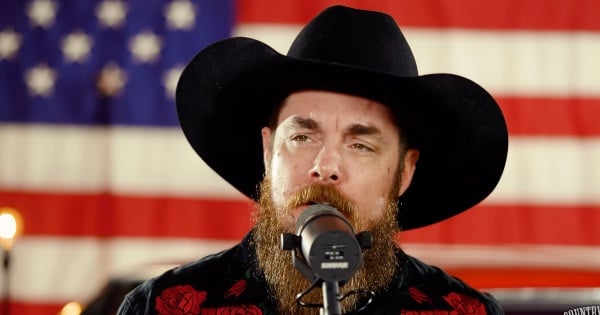 Soldiers sing “My Girl” at Fort Bragg as they await their turn to jump out of a helicopter. And when the video showed up on TikTok, their lovely a cappella rendition quickly went viral!

When we think of the military, we think business and bad-to-the-bone men and women protecting our country. We wouldn't have it any other way!

But, in this video, we get to see the softer side of our armed forces, and it is a joy!

Soldiers Sing A Cappella Version Of “My Girl”

Meet the singing soldiers of the 82nd Airborne stationed at Fort Bragg, North Carolina! As the video begins, we see a large group of airmen scattered on the sandy ground and lounging back on their enormous packs.

The gentlemen warm up with a little vocal rhythm and finger snapping, and soon we hear the first words of the old favorite. It is tricky to identify who is singing the solo, but it might be the soldier at the horizontal center with his hand raised in the air. Whoever it is, it's excellent!

Although the trees' upper branches show just the slightest movement, it sounds like it is windy where they sit and sing. But, the person recording makes a big move at the first chorus and brings the group all into a better view. There appear to be seven talented crooners participating in this impromptu performance.

As the soldiers sing “My Girl,” the group slaps their helmets, rocks their outstretched legs to the beat, bobs their heads, raises their hands at synchronized points in the lyrics, and makes lots of "do" and "bom" sounds. They look like they are having a great time!

Folks Fall In Love With “My Girl” Performance

At 1:13, the paratrooper that sits with his legs in a "V" just beneath the video caption's red heart sings his solo. He's "got all the riches" and great chops, too! At 2:00, one of the seven does a fun low-octave run.

Given the expression of the guy at the top of the screen, it's the one to his right that belts those notes out. His mouth is hidden under words, but the syllables come through nonetheless!

The soldiers finish singing “My Girl,” the 1965 classic by The Temptations, with lots of flair and leaving the gal behind the device feeling bright and shiny. She exclaims, "You guys made my day!"

One thing is for sure... When the men of the 82nd Airborne are finished serving their country, they will be positioned and ready to serve up the tunes!

YOU MAY ALSO LIKE: Street Performer Starts Singing Lyrics To ‘All Of Me' When John Legend Steps Out Of The Crowd

"Be shepherds of God's flock that is under your care, watching over them-not because you must, but because you are willing, as God wants you to be; not pursuing dishonest gain, but eager to serve;" 1 Peter 5:2