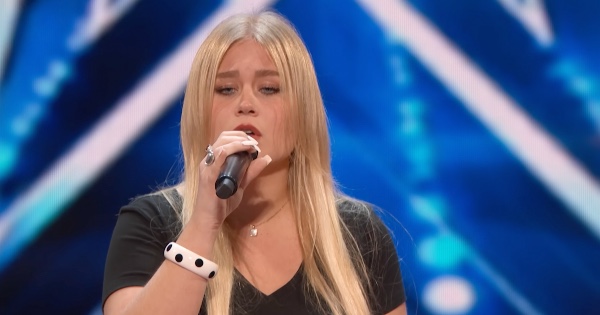 This touching Whey Jennings ‘Hallelujah’ performance honors his late granddad Waylon Jennings. And it’s a beautiful rendering, completely different but equally as lovely as the widely-known arrangement performed by a cappella group Pentatonix!

Whey Jennings is the only son of Waylon Jennings's eldest son, Terry Vance. That alone makes him pretty special! He's a legacy! From Whey's very start in country music, hijacking Grandma Jessi Colter's microphone and running onto the stage to sing, he's been innately and intimately connected to his grandfather and the art form!

RELATED: George Strait And Grandson Duet of ‘God and Country Music' Is Too Precious To Miss

Here, Whey Jennings sings "Hallelujah" in tribute to his grandfather, who would have turned 85 in June 2022. Waylon passed away in 2002 at the age of 64, having earned over a dozen awards in country music as a singer, songwriter, and musician who worked in radio and acted in both movies and television.

Whey begins by expressing his thanks to all who have helped organize and gather for the full-day celebration in his grandfather's memory at Rebel Ranch at Ashland City, Tennessee. His words are sincere and heartfelt, but the goosebumps are only starting!

The similarities between Whey and Grandpa Waylon are obvious. The timbre of his voice, the facial hair, and the dark brown eyes all remind us of his father's father.

Whey takes his time with the ballad, allowing for the two guitarists to string stunning solos between verses. At 5:45, we see Whey "air chording and strumming" along with his free left and right hands.

The song is a mysterious one, but judging by the look in Whey's soulful eyes and the solemn manner of the three performers, he has attributed significant meaning to it.

With references to Biblical figures King David, author of many of the Psalms, and Samson, "Hallelujah" was written by Leonard Cohen and released in 1984. While the song has been performed and recorded by many artists, the five-year process of writing it has been the subject of both a book and a documentary.

As the final verse begins and Whey sings "and, maybe there's a God above," he points and looks heavenward. He repeats the motion about 30 seconds later at 7:10 as Whey Jennings sings the word "hallelujah" one final time. We don't know if Whey points to his grandfather in Heaven or his God in Heaven. Perhaps, both.

The camera pans downward, and we are reminded that Whey is the embodiment of country music-from his black cowboy hat all the way to his boots. Ultimately, superstars are real people with real families who love them deeply. Whey's tribute surely does his grandfather proud, and it is a gift to those that get to observe!

YOU MAY ALSO LIKE: Loretta Lynn’s Granddaughter Tayla Sings ‘Coal Miner’s Daughter’ And Does Her Memaw Proud