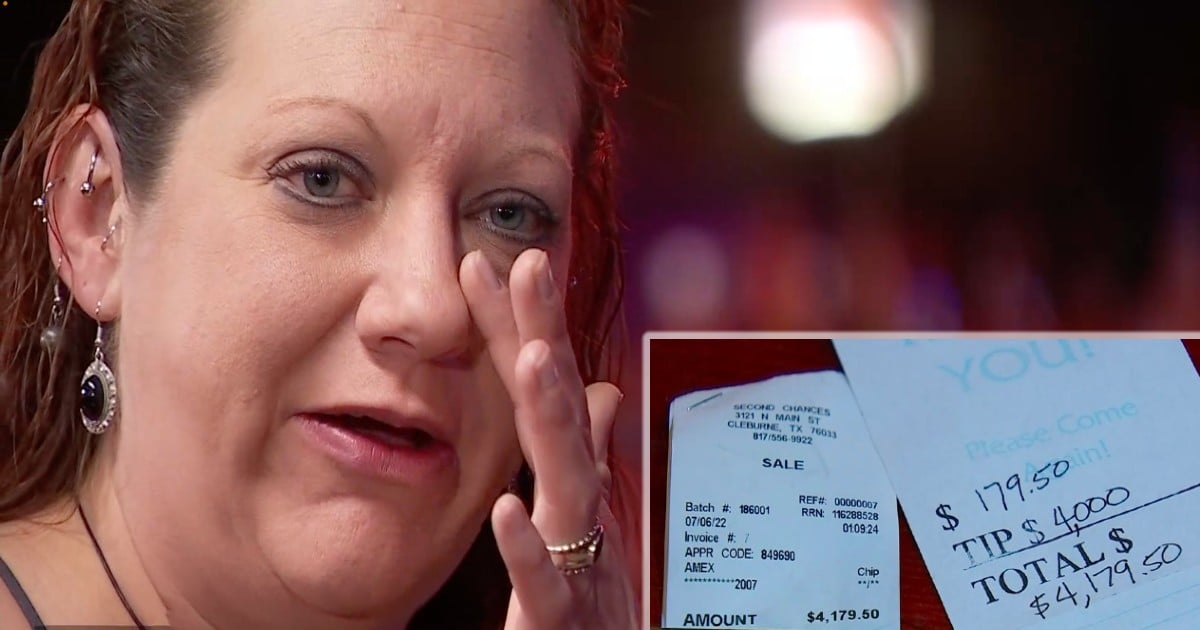 Single Mom Gets Help In Texas When Customer Stops In And Leaves A $4,000 Tip
Read Article »

Davis Park Elementary students got a special treat with their school janitor Richard Goodall singing ‘Don’t Stop Believin’ during an assembly. And with his golden voice, he ended up going viral!

Meet 53-year-old Richard Goodall. Richard has worked for the Vigo County School Corporation of Terre Haute, Indiana, for over twenty years. But before Richard was working anywhere, he was a teenager listening to groups like Journey in his bedroom. He says that's how he started singing-wailing away with the bands of his youth.

Janitor Richard Goodall refers to the kids at Davis Park Elementary as his students. Isn't that awesome! He understands that educating and being a role model for today's kids isn't just the job of the building teachers and administrators!

So, he puts thought into choosing the songs he sings for school activities and events. That's right, this was not Richard's first school performance!

Students know Richard as the man who keeps their facilities clean and sparkling, but they also know him as one outstanding singer! Richard has never had any formal vocal training, but he does an amazing job-without any accompaniment to boot!

RELATED: High School Janitor Who's Been Walking to Work Can't Stop the Tears As Coworkers Gift Him a Car

Richard is a humble man who uses his gifts, demonstrating to the children that everyone has talents that should be shared for the benefit of others.

The girls and boys at Davis definitely enjoy Richard's singing. They have hands held high, as if at a kiddie rock concert. As Richard Goodall the janitor is singing, he channels Steve Perry and the kids scream and jump in adoration when he finishes the number! They are true fans!

Richard had a small social media following prior to this performance, but he gained many more after his co-worker Mariah Denehie posted his song on TikTok. It has been viewed more than 10,000,000 times, even catching the attention of Steve Perry!

The singing janitor Robert Goodall selected "Don't Stop Believin'" to encourage his students to always follow their dreams. Alas, it might just be Mr. Goodall who has more dreams to fulfill. We'll be watching! Rock on, Richard!

YOU MAY ALSO LIKE: Kindergarten Class Sings Parody Of ‘Don't Stop Believing' At Graduation And It's Amazing

"Teach them his decrees and instructions, and show them the way they are to live and how they are to behave." Exodus 18:20