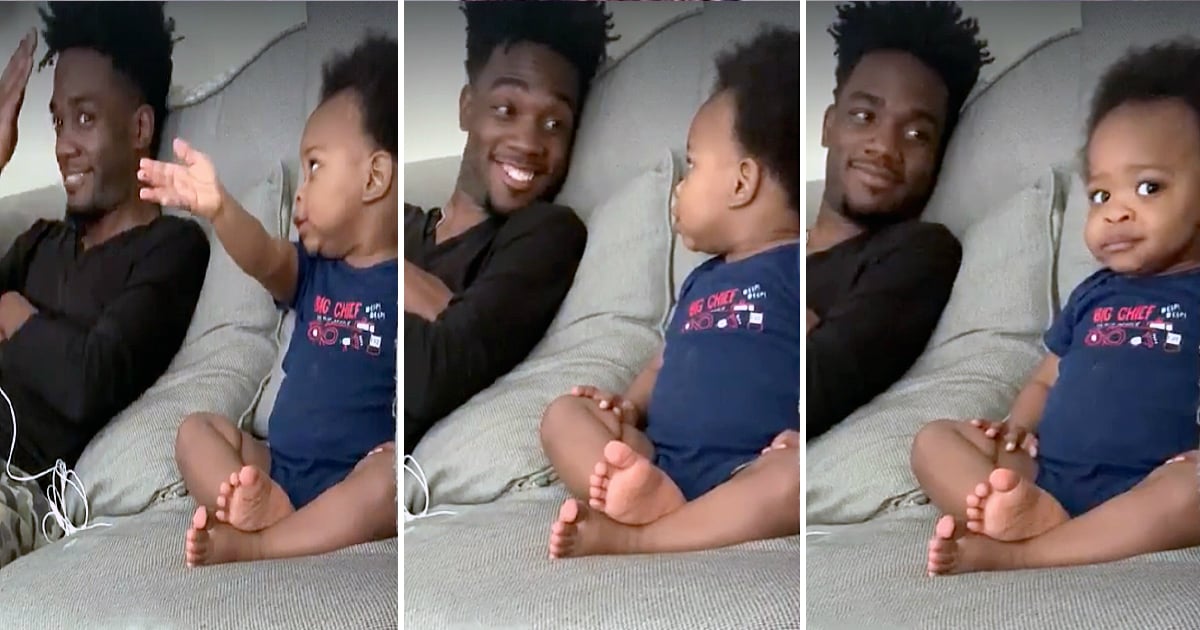 A parody of ‘Don’t Stop Believing’ made for the perfect graduation song. And this group of kindergartners certainly did Journey proud!

The cute group of kiddos assembled on stage, each adorned in golden robes and graduation caps. They stood atop bleachers in what looked to be a stage area.

In part, the assembly looks like a graduation. But they also resemble a church choir, standing in their formation and robes. Both are true, but thinking of them as a choir makes total sense too considering the lyrics they sing for the audience.

First, the music is cued. Then their teacher took a seat in front of them and the parody of ‘Don’t Stop Believing’ begins. She motioned with her fingers at times to direct the children vocally and even appeared to be mouthing the words too. Honestly, the children didn't seem to struggle much with singing. They did well enough to cause some laughter in the crowd, and unsurprisingly, warm some hearts.

While not all of the lyrics are easy to make out, the lyrics they sang seemed to reflect their experience of going to school: riding the yellow school bus and living with mom and dad.

They even talked about Elmer's Glue, holding on to memories, and other ideas. The parody of ‘Don’t Stop Believing’ can be found on a Youtube channel called Mrs. Tessier Kindergarten along with the lyrics.

Whether Mrs. Tessier is the songwriter or not, the lyrics to the parody of ‘Don’t Stop Believing’ are definitely impressive, and quite fitting for children. Honestly, anytime someone can make a song out of education is impressive because most songs of the secular variety are sung about sin: lust, greed, violence. However, this song holds education in high regard and even mentions religion.

Religion, and learning to write”

How amazing! Teaching children the wisdom of the Bible is sure to positively shape their futures and the generation of children that they bring into the world.

YOU MAY ALSO LIKE: Deaf Janitor Left In Tears When Kindergarten Class Signed Happy Birthday Song Just For Him

"Train up a child in the way he should go: and when he is old, he will not depart from it." Proverbs 22:6