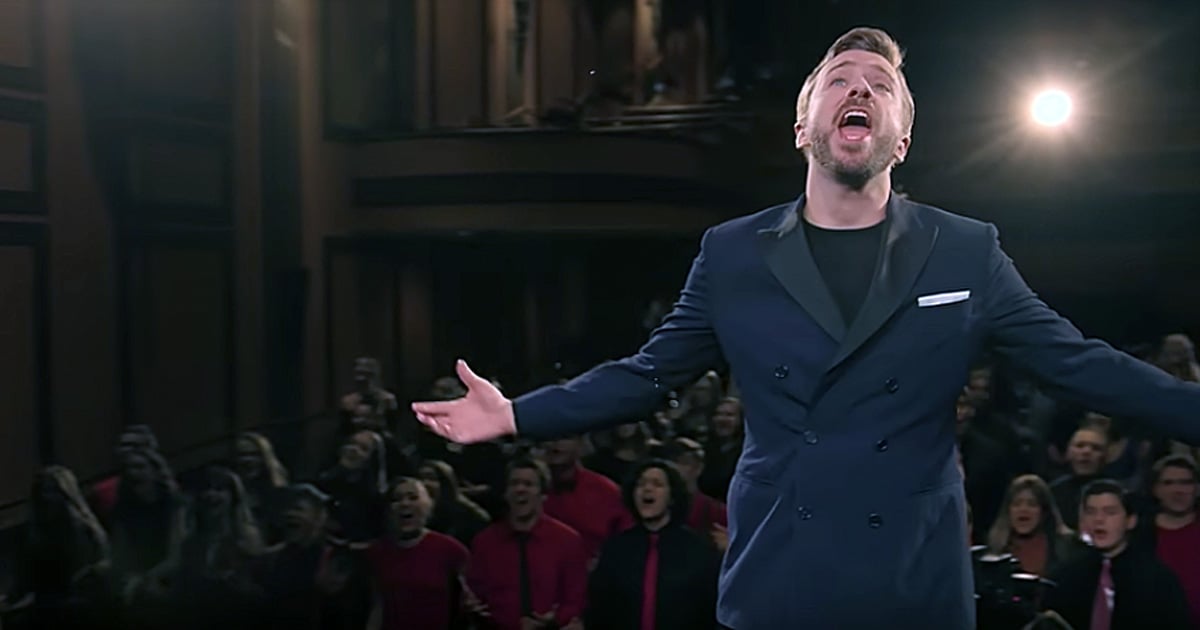 Country artist Jay Allen wrote a song for his mom with Alzheimer’s called ‘Blank Stares.’ And in a touching moment that’s gone viral, Jay sings the song at a show, all while his mom clings to him tightly on stage.

Our memories make up who we are. And that’s what makes the varying forms of dementia so heartbreaking. A person suffering from this terrible disease has their memories gradually robbed from them.

Watching a loved one battle this disease can be even harder. Seeing someone you once knew so well lose their spark and personality is truly devastating.

Jay Allen is a talented country musician. And sadly, his mother suffered from Alzheimer's. To help bring awareness to the disease, he penned an emotional song titled ‘Blank Stares.'

"So I keep holding on

To every little memory made of you and me

Every little glimpse of who you used to be

I know you’re still in there

Deep down somewhere I swear I still see you

Between the blank stares"

This song quickly went viral after Jay performed it onstage while holding tightly to his mother. The powerful words and emotional scene of Jay’s mom clinging to him touched millions of people all over the world.

"Just stay a little while

Please stay a little while

If I can only seal the cracks you’re slipping through

On Instagram, Jay commented on the incredible response, saying, "My heart overflows with gratitude to each of you for showing me the power of music, the strength of community, and even more so, the infinite love of God. Y'all are my family, and I vow to you, I will never stop fighting this disease."

Sadly, in 2019, Jay's mother passed away. But she lives on through this song, which reminds us to never stop fighting this horrific disease.

YOU MAY ALSO LIKE: Gene Wilder's Widow Talks About His Battle with Alzheimer's