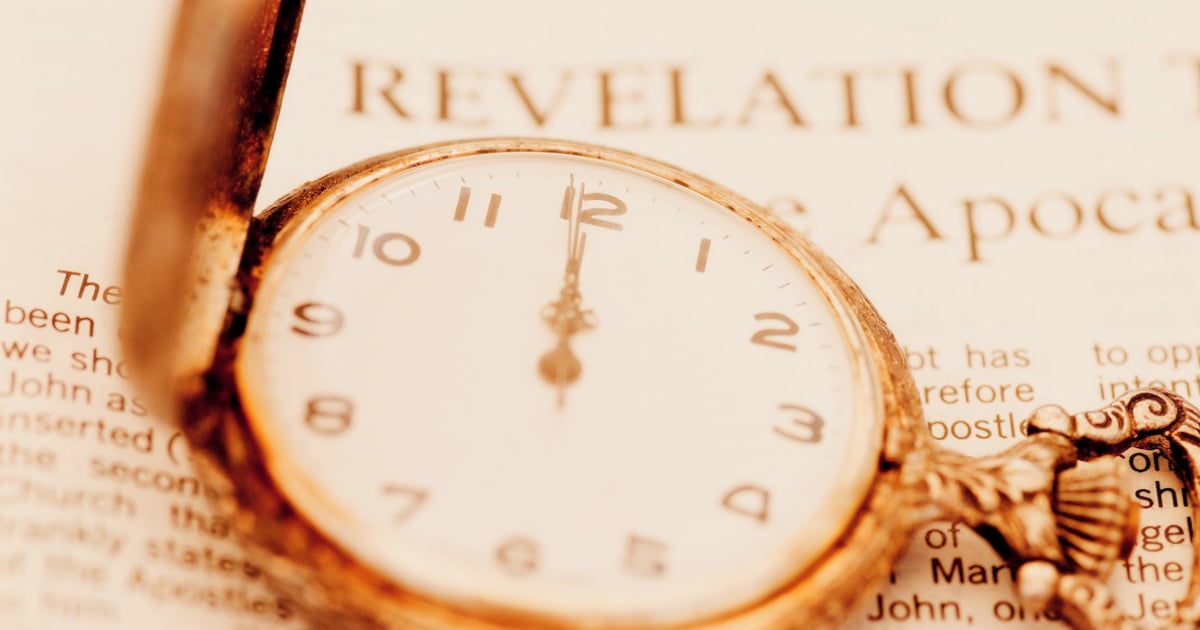 Atomic Scientists Update Doomsday Countdown, But What Does The Bible Say?
Read Article »

Lovers of the sky, get ready. God has a special treat in store. On January 31, 2018, a celestial event dubbed the ‘Super Blue Blood Moon’ will treat stargazers to a supermoon, a Blue Moon, and a total lunar eclipse — all in one night!

Supermoons occur when the moon is closer to the earth in its rotation, making it appear bigger than usual. And the Super Blue Blood Moon will be the final event in a succession of three supermoons, which kicked off on December 3, 2017.

The trilogy of supermoons is already pretty cool. But to conclude with three lunar events in one night — that brings the wow factor. In fact, it hasn’t happened in over 150 years! 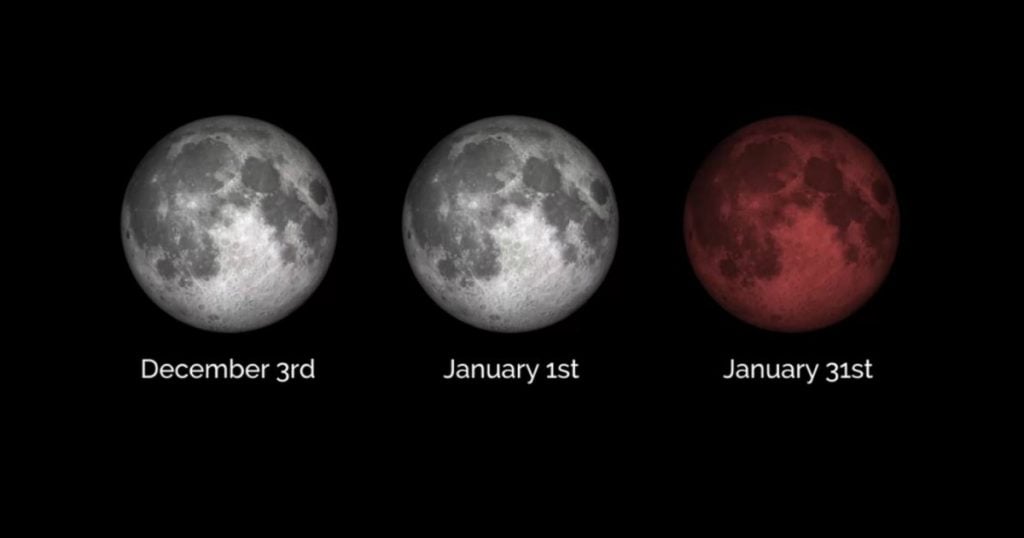 So, what is a Super Blue Blood Moon anyway?

Let’s start with the supermoon, which has to do with the Moon’s orbit. Because of tidal and gravitational forces, which pull on the Moon, its orbit around the Earth is not a perfect circle.

“You have all of these different gravitational forces pulling and pushing on the Moon, which gives us opportunities to have these close passes,” said NASA’s Noah Petro.

Once a supermoon is high in the sky, it’s much more difficult for the naked eye to spot the difference from your run of the mill, full moon. So, Tuesday evening, just after sunset, is the best time to check out the supermoon portion of the Super Blue Blood Moon.

If you’re looking forward to seeing a blue-tinged moon, I’m sorry to disappoint. The term Blue Moon actually has nothing to do with color.

Each month out of the year gets it’s very own full moon. But sometimes, when a month has been really, really good, it gets seconds. 🙂

Actually, it’s just something that happens about every two and a half years. One special month will end up having two full moons. And the supermoon on January 31st marks the second full moon of January, thus making it a Blue Moon. But if a color change is what you’re looking for, Wednesday’s Super Blue Blood Moon has that in store as well!

The third element of Wednesday’s astronomical extravaganza has to do with a total lunar eclipse, resulting in a Blood Moon. As the Moon lines up with the Earth and Sun, it will fall into the Earth’s shadow.

Normally, the Sun’s light reflects off of the Moon. However, with the Earth in the way during the eclipse, the Moon will take on a reddish tint, hence the name Blood Moon.

Will I Get To See The Super Blue Blood Moon?

Location is going to be key in the experience. Everyone will have the opportunity to check out the supermoon portion as the Moon rises. Unfortunately, though, only some areas will get to view the effects of the lunar eclipse.

NASA reports most of South America, Africa, and Western Europe will not be able to view this lunar eclipse. Bummer.

“For those in the Middle East, Asia, eastern Russia, Australia and New Zealand, the ‘Super Blue Blood Moon’ can be seen during moonrise in the morning on the 31st,” Gordon Johnston of NASA said.

As for the United States, the West Coast has the upper hand.

"Weather permitting, the West Coast, Alaska, and Hawaii will have a spectacular view of totality from start to finish," Gordon says.

The East Coast will have a tougher time because of the time difference. The best chance to catch the Moon’s reddish hue will be early Wednesday morning, and watching from a high place with a clear view to the West is recommended.

Now, it’s not uncommon for lunar events to draw attention as potential signs of an impending apocalypse. And the Super Blue Blood Moon does sound pretty epic. So, does that mean we’ve reached the End of Times?

Nah, probably not. But it should certainly be a spectacular sight!

Be sure to give others a heads up by sharing this story!