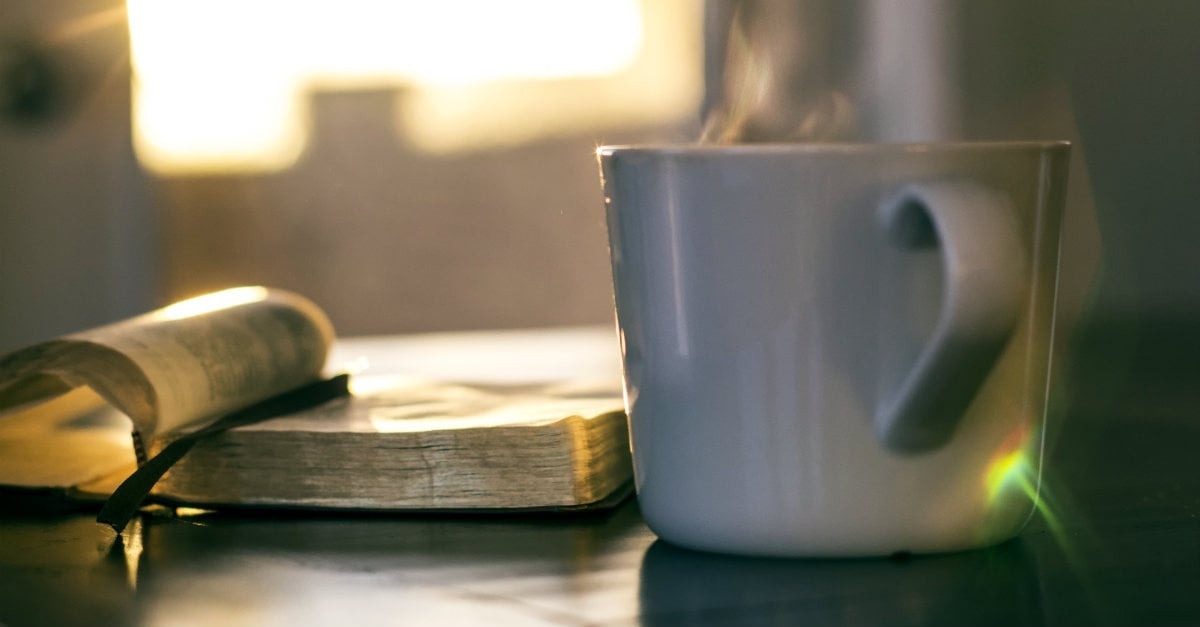 A Prayer for a New Day
Read Article »

Royce may only be 5, but he certainly has his priorities straight. Ever since the tardy kindergartner paused on his way into school to honor the Pledge of Allegiance and say a little prayer, his photo has been going viral. And his respect for our country and our God is an inspiration for us all!

When Texas mom, Heather Nelson, dropped her 5-year-old son, Royce, outside of his elementary school, she worried he was going to be late since they were running a bit behind. So, she sat there baffled when he suddenly stopped dead in his tracks.

All the other kids were whizzing past him, but the tardy kindergartner stood as still as a statue, with his head bowed and his hand on his heart. Heather watched him worriedly, wondering what had made Royce stop.

"I was about four cars back so I just saw him standing there with what looked like him just looking at his shoes," she recalls. "But that did not seem like Royce." 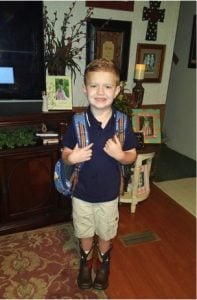 The police officer standing outside the school saw the mom’s confusion and quickly put it to rest by saying, “Mom, he's doing good, he stopped for the Pledge of Allegiance.” The officer then demonstrated by putting her own hand over her heart.

Heather’s worry instantly turned to pride. And she wasn’t the only one.

"I couldn't believe that he acknowledged that that was a moment of, you know, you need to stop do the pledge and he just did. He just ignored all the kids around him and kept doing it. And it was awesome," said Officer Cibby Moore, the police officer stationed outside Royce’s school.

Royce heard the Pledge, and knew it was a moment to be respected. And the sweet boy finished with a prayer once the Pledge was done. Since prayer isn’t allowed in school, Heather says Royce will usually say one silently to himself.

"Thank you God. Thank you for giving me a wonderful day," is the prayer Royce said that morning.

Needless to say, the scene melted Heather’s heart. She snapped a photo and shared it on Facebook as a “proud mommy moment.” And since then, Royce’s impressive display of respect has gone viral!

Tardy Kindergartner Sets Example For Us All

Meanwhile, the adorable 5-year-old doesn’t understand what all the fuss is about. Heather says she asked her son what made him do it when she picked him up that afternoon.

"Duh, mom. That's what you're supposed to do" he explained.

YOU MAY ALSO LIKE: Uncle Is Furious Over School's ‘Pledge Of Allegiance Request' Form

It’s amazing how much our little ones can humble us! Royce not only set an incredible example for his peers but for all of us adults as well. It’s easy to get caught up in the hustle and bustle of life and start budging on values. But this tardy kindergartner shows that sometimes, no matter what, you need to stand up for what you believe in!

"Truly, I say to you, unless you turn and become like children, you will never enter the kingdom of heaven.” Matthew 18:3