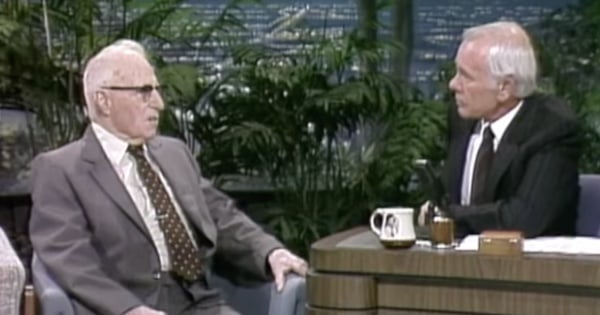 In this adorable video, one toddler argues with her mom when she gets caught playing with dog food. Despite the little one getting caught in the act, she hilariously sticks to her guns and refuses to admit that she did it.

RELATED: Ode To Missing Target During Quarantine Becomes The Latest Of The Holderness Family Parodies

A mother, Sarah, from Jacksonville, Florida confronted her 21-month-old daughter, Lilyana, when she caught her touching the food in their dog Jude's bowl. "Did you touch Jude’s food?" Sarah asks Lilyana.

The toddler would not admit to her behavior and starts to babble "’No, I didn’t touch the food!’ over and over. Lilyana's father, Tim, starts to question her, but she still sticks to her same answer. She is not admitting to anything!

Toddler Argues With Mom After Being Caught Misbehaving

Lilyana paces back and forth between her mother and father and hilariously refuses to admit her wrongdoing. This little girl is determined to get away with it, and it is such a comical thing to watch!

"The argument started because earlier when I was doing dishes, Lilyana came over and almost touched a sharp knife. So, my husband told her not to touch it and she said she didn’t touch it," shares Sarah. "Once I finished the dishes, Lilyana went over to the dog’s bowl and looked like she grabbed his food and I asked her why she touched the food and the argument started."

YOU MAY ALSO LIKE: Dolly Parton Reads Books To Kids At Bedtime And It's Just 1 More Reason To Love The Country Star

It is so funny to watch the toddler try to convince her parents that they are wrong about what they saw. "She doesn’t stand her ground like that normally," her mother says, "but tries to get her way all the time."

What a cute and funny video showcasing the laughs that come along with raising little ones.