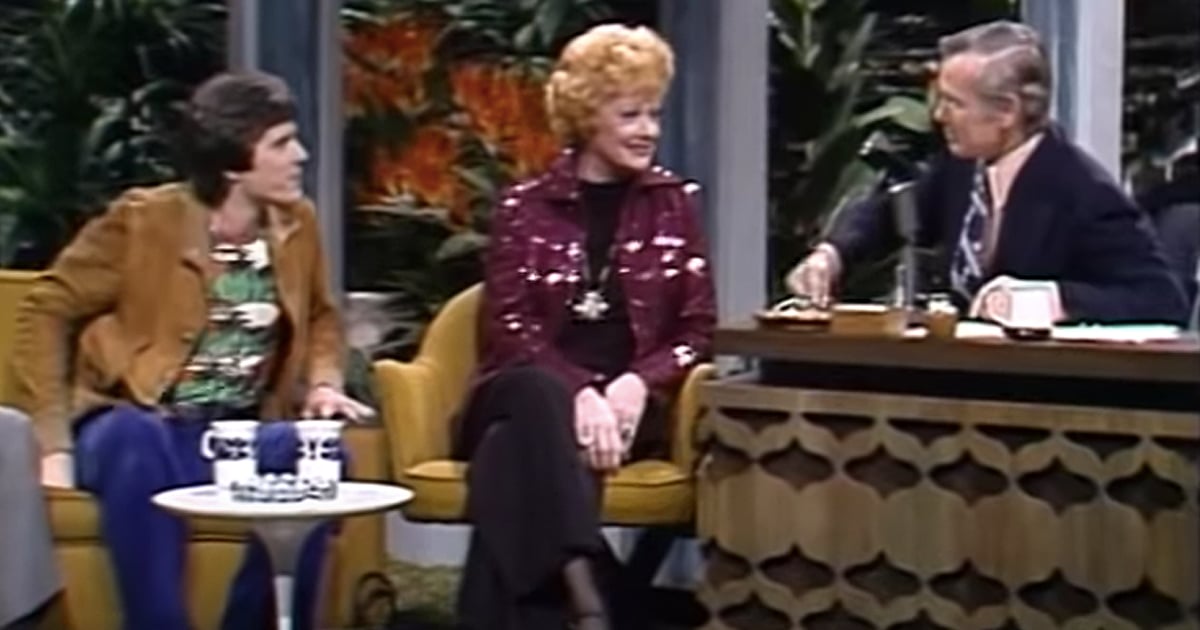 In a vintage TV clip, Merritt Heaton appears as the oldest farmer on Johnny Carson. And as Johnny chats with Merritt, the spunky 97-year-old from Illinois ends up stealing the show!

Before the Jimmys, (both Kimmel and Fallon) before Seth Meyers, Jon Stewart, Arsenio Hall, Conan O'Brien, Bill Maher, and David Letterman, there was the beloved and oh-so-relatable Johnny Carson!

RELATED: Howard the Talking Bird Appears on The Johnny Carson Show And Completely Steals the Spotlight

To provide context, this episode of The Tonight Show aired originally in 1988. As Johnny opens the program and chats with his straight man, Ed McMahon, he does a shout-out to David Letterman. Dave was at the time celebrating the 6th anniversary of his late-night show. Ed calculates that they'd already been going 19 years when Mr. Letterman started, airing the first time in October 1962. This video takes us back!

Johnny introduces Merritt Heaton from Toulon, Illinois, stating that Mr. Heaton holds the record as the oldest living active farmer in the state of Illinois. Merritt takes his spot on the couch and the laughs don't stop!

Johnny asks Merritt why he was initially reluctant to come on the show. Merritt says that he was scared, but Johnny challenges that, charging that he's probably been in "10 or 12 world wars." Merritt seems to relax quickly, and Johnny inquires as to how many times Merritt has seen the show over the years. Merritt's a bit foggy on that, so Johnny lets it go. Farmers rise early!

Merritt and Johnny discuss coffee-shop culture, Merritt describing the critical political and farm-related conversations that take place each morning at the local java joint. That may be one tradition that has held firm over the years-many farmers still congregate at the coffee shop for a stint each day.

The gentleman farmer shares a bit about his typical day on the farm, but he confesses that he's now turned over the supervisory responsibilities to his son, and the audience erupts in laughter when he responds to Johnny that his son is 78! Mr. Heaton's family obviously has a great work ethic!

When asked what has brought about the greatest change on the farm, Mr. Heaton says it was electricity, and Johnny responds that he thought perhaps it was the intervention of the wheel. It is all in good fun. Both interviewer and interviewee demonstrate superb humor and goodwill.

The conversation moves to the matter of Mr. Heaton's love life. Merritt, while not much of a dancer, seems to have things figured out in the romance department. The 97-year-old was married 64 years before his wife died. So Johnny, making a joke of his own poor track record with wives, asks him how he made it work so long.

Merritt talks about how times have changed, how women have changed, and he's pretty pleased with his relationships with two lady friends-one in California and one in his hometown in Illinois!

Merritt referenced "rural free delivery" and how that was new when he was a child. Without telephones, television, and, obviously, the internet, that was how his father first learned through the newspaper about the assassination of President William McKinley in September 1901!

Johnny wraps things up with Merritt, and Merritt expresses his thanks before leaving. Johnny comments on how very sharp and nice Merritt is. Ray Stevens, certainly a big deal in country music at the time, is set to come on after the commercial. But, instead, Johnny invites Merritt and his California sweetie, Peggy Taylor, to return for a quick introduction. Ms. Peggy is refined and ladylike, but a bit more reserved than Merritt. They look like a great couple!

The whole interview is just a joy! And, it's an awesome piece of history to boot!

"Wisdom is with aged men, And with length of days, understanding." Job 12:12

WATCH: Oldest Farmer On Johnny Carson Has Everyone Cracking Up