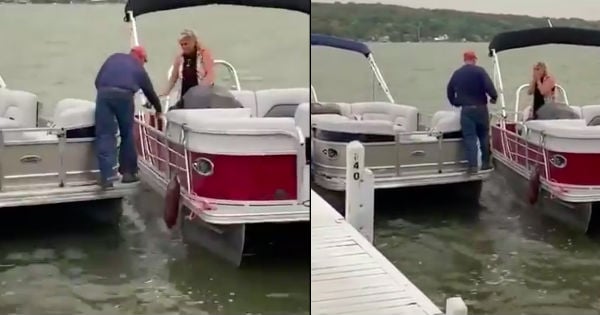 Johnny Carson had Potato Chip Lady, Myrtle Young, showing off her prize-winning collection when pretended to take a bite. And Myrtle’s reaction had everyone cracking up!

Some people knit as a hobby, and some people collect coins. Myrtle Young however had a slightly different hobby. She collected potato chips that were shaped like animals and other objects.

RELATED: Howard the Talking Bird Appears on The Johnny Carson Show And Completely Steals the Spotlight

Myrtle worked at a potato chip factory, which gave her access to many different shapes of potato chips. Myrtle then began to collect all the irregular chips. Because of her strange hobby, she was invited onto The Tonight Show hosted by Johnny Carson to show off her collection to the world.

Later in the program, Johnny asked Myrtle, "What are some of your prized ones on this side?” Myrtle responded with, "well I have a pair of dirty sweat socks." The crowd then began to laugh as Johnny reminded the audience that these were in fact potato chips that were merely shaped like dirty socks.

Next, Myrtle showcased a chip that she described as "a cat with no eyes." Next up, she shared other chips shaped like the number eight, and a camel.

She then pulled up a chip that looked just like a pear. Myrtle then said, "I have a lot of apples and pears and pumpkins... potato chips."

Johnny's trusty sidekick, Ed McMahon grabbed Myrtle's attention for a second. It was that moment, Johnny grabbed a potato chip from a side table, and pretended to eat her chip while Myrtle’s back was turned. The audience immediately began to roar with laughter.

Myrtle turned around quickly, and was in shock that the host had just eaten one of her collectable chips. Her face showed shock as Johnny said, "No, no, no" he assured her that he did not eat her chips. He pulled out a big bowl of chips from behind his desk.

YOU MAY ALSO LIKE: Johnny Carson Faces Off With A Cheetah And Winds Up In The Arms Of Ed McMahon

In this classic throwback clip, Johnny Carson sure got a laugh out of Myrtle and the audience. Myrtle Young will never forget her time on the Johnny Carson show, and neither will we!