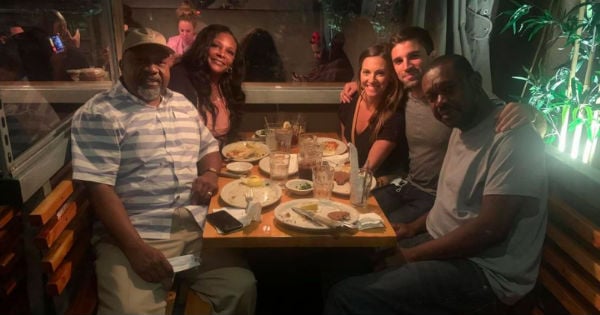 Desperate times call for desperate measures and unemployed dad Patrick Hoagland was most certainly desperate after unexpectedly losing his job. He knew his family was counting on him so he took to the streets (literally) to hand out his resume. But he never could have imagined the response he got!

We often forget how our lives can change in an instant. And one day in 2019, 30-year-old Patrick Hoagland from Arizona went from having a steady job at a metal recycling company to being an unemployed dad.

“I definitely had fear,” he said of the sudden layoff. “My wife and I, we don’t make a whole lot of money individually. Once I lost my job, everything was put on her.”

Patrick began applying for jobs online and in person immediately after the lay off. But it didn’t seem to be working.

“I wasn’t getting any responses,” he said. “I was getting frustrated.”

And that’s when the unemployed dad got an idea: standing on a street corner and handing out his resume.

It was an idea that seemed a little crazy. Yet, at the same time, Patrick was desperate to get back to work.

"I had only been unemployed a few weeks, but it was very unexpected,” he explained, “and I needed to figure something out fast.”

Since the more traditional job searches weren’t working, Patrick decided to give his crazy idea a try.

“At first laughed and thought that was silly,” he says. “But I kept thinking about it. I figured, why not?! There are millions of people in Phoenix driving around, someone might hire me.”

He headed for a street corner in Phoenix with a sign and a handful of resumes.

So, for a few hours a day, the unemployed dad helped up his sign, which read:

“Please take a resume. Laid-off. Looking for a job.”

After 3 days, Patrick Hoagland’s sign (and gumption) caught the attention of Melissa DiGianfilippo, the owner of Serendipit Consulting.

Patrick’s resume revealed he didn’t have the public relations experience required for Melissa’s company. But that didn’t mean she couldn’t still help!

I was driving down Camelback Rd in Phx near my office and saw this guy on the side of the road with a smile in 110-degree heat, with a sign asking people to take his resume. I love that he was not asking for a handout, just for people to consider him for a job. #pleaseshare #job pic.twitter.com/5QAUpCkGWk

Melissa shared a bit of Patrick’s story on social media, along with a copy of his resume. And the response was nothing short of amazing.

Unbelievable Response Is A Blessing

Suddenly, the job offers poured in by the hundreds for the unemployed dad! His “crazy” creative means of seeking employment showed just how driven and determined this family man was.

“I think people were impressed with this willingness and dedication to stand in 100-degree heat,” Melissa says.

Before long, Patrick Hoagland was back at work, this time as a concrete grinder. And he says it is his “dream job scenario”.

“I can’t say thank you enough to everybody,” Patrick said. “I had a lot of people who sent messages that weren’t necessarily job offers but were well-wishes [saying], ‘Good luck in your search.’ It was nice to see that.'”

YOU MAY ALSO LIKE: Woman Walking Alone In Bitter Cold Gets Ride And Then Same Stranger Turns Up Later At Her Work

God just loves to use crazy ideas like Patrick’s as a reminder that He can do anything!

“With men this is impossible, but with God all things are possible.” Matthew 19:26