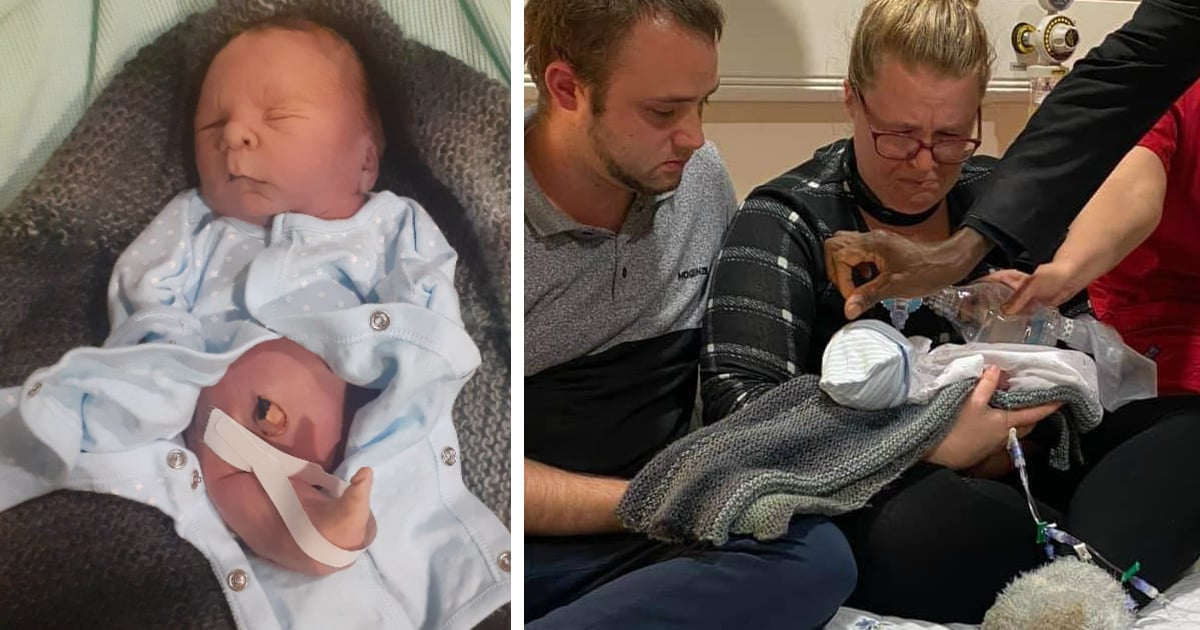 When Kentucky handyman Robert Simpson suddenly found himself unemployed, looking for work, and homeless due to COVID-19, he took to the streets with a sign. He wasn’t begging for money but rather for an opportunity. And God sent a Good Samaritan to give him just that!

Robert Simpson of Louisville, KY, made ends meet for his family as a handyman, doing odd jobs around the area. But when the coronavirus pandemic hit, those odd jobs quickly dried up.

Then, as a result of the pandemic, he lost his apartment. This forced him, his girlfriend, and their 6-year-old son into renting a motel room, just to have a roof over their heads. But clearly this couldn’t work as a long-term solution.

“We have to pay rent every day,” Robert said, getting emotional as he explained the situation. “And it costs $55 to $60 to stay there, and I’m running short on money.”

With nothing but a small disability check coming in each month, there simply weren’t enough funds to make ends meet. So, the unemployed handyman looking for work took to the streets with a sign that read: “Handyman, 25 years exp., Need work.”

Rob the handyman wasn’t asking for money. He wasn’t looking for a handout. He just needed someone to give him a chance to earn his keep.

“I just thought I’d go out there and see if I could find a job,” he explained.

Rob stood on the side of the highway holding his sign for a week. The temperatures were scorching but he braved the hot sun each day in the hopes of finding work.

And his prayers were answered after someone took a photo of him and shared it on social media!

Kyle Kark, the owner of Greenstar Home Remodeling, saw Rob’s photo online. And he decided to offer the unemployed handyman looking for work the chance he was seeking.

“We just made the decision to have him come on,” he said. “I don’t know if we’ll have something for him all the time, but we’ll do what we can to help him get back on his feet.”

Kyle brought Rob on to help with some demolition work. Rob didn’t even ask how much the job paid, he just showed up. And his varied background gives him just the range of skills needed for the remodeling field.

“I started out as a painter, and then I became a landscaper - mechanical work, roofing - whatever I could make money at,” the handyman explained.

A Hand Up Instead Of A Handout

Since Rob doesn’t have his own transportation, Kyle picks him up for work. And on the first day, he not only paid Rob for his work but bought groceries for his family, too.

Rob proved he was willing to put in the time and effort to earn his keep. And that inspired Kyle to try and help him out even more. So, he also started a fundraising campaign so others from the community could help this family get back on their feet.

“Rob is a humble man and has not once asked for a dime he has not earned,” Kyle wrote about the previously unemployed handyman looking for work. “But he and his family are without essential needs, such as a vehicle and a permanent place to stay, so it is Green Star's hope that you will join us in supporting our neighbor .”

The acts of kindness have gone such a long way for Rob.

“That’s God’s work,” he said when told about the money being raised for him and his family.

Rob fully intends to put his all into working for Kyle for as long as Kyle has jobs for him. And after seeing Rob’s dedication and drive, Kyle Kark is willing to do all he can to give the man a helping hand toward building a brighter future.

“If he’s coming to work and showing up and doing good work, and I got work for him, I’ll definitely keep him on and help him any way that I can,” he said.

Sometimes all someone needs is to be given a chance. God is clearly working in both of these men and we wish them all the best!