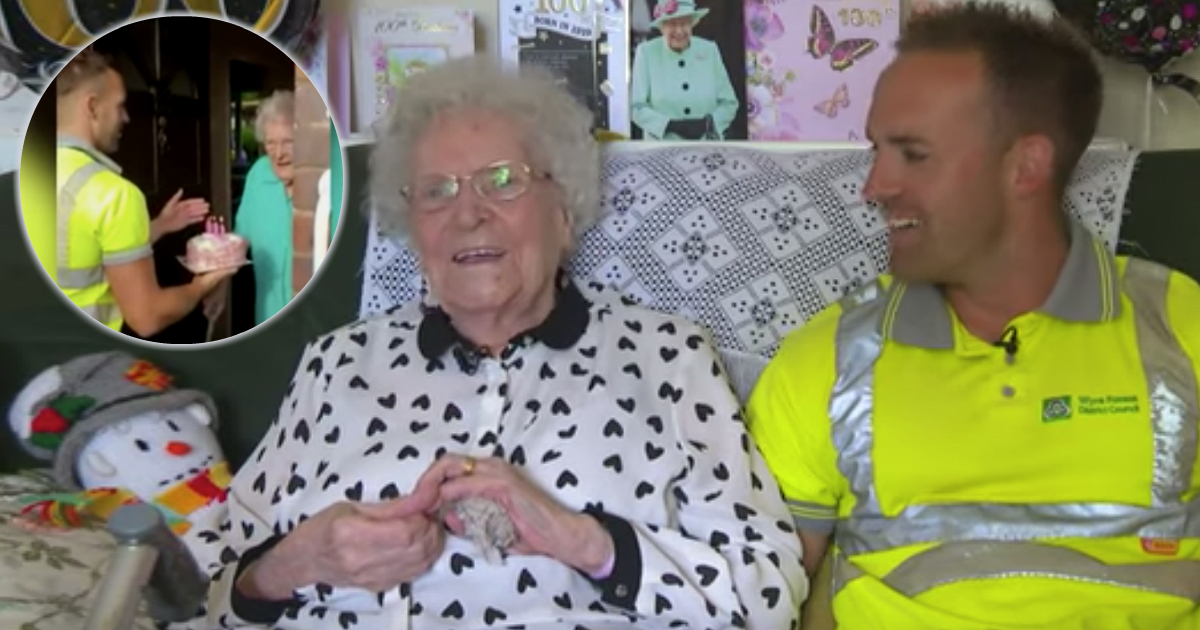 When Brandon McNamee spotted a woman walking alone on the side of the road with no coat in the bitter cold, he stopped to give her a ride to work. But the act of kindness didn’t stop there in this inspirational hitchhiker short story! (If you'd prefer to listen to the audio version of this story, scroll to the end of this article to find the podcast version below!)

Good Samaritan Brandon McNamee was driving down the highway in Missouri when he noticed a woman walking alone on the roadside with her thumb out.

RELATED: Police Officer Amazed By Man Who Walks 15 Miles To Work Each Day

Though there are plenty of concerns with picking up a hitchhiker, Brandon couldn’t bear the thought of leaving this woman outside on this 19 degree day. Despite the frigid temperature, she wasn’t wearing a heavy coat or anything suitable for the cold.

So, he pulled over and offered her a ride. And what happened next is just amazing!

As Brandon and his impromptu passenger, Kim, started chatting, he learned all about why this woman was walking alone.

Kim worked at Wendy’s and money was tight. And when she ran into car trouble, her only way of getting to her job was on foot. So, she left hours early to walk to the restaurant where she worked.

Hearing of Kim’s troubles (and determination to get to work), Brandon was more than happy to give her a ride.

RELATED: Man Starts God’s Garage After Finding A Woman And Child Walking Alone On The Road At Night

“I ain’t never picked nobody up off the side of the road before. I’m just glad you didn’t kill me,” Brandon joked as they arrived at Wendy’s, which got a hearty laugh from Kim.

After dropping Kim off, Brandon shared his incredible hitchhiker short story on Facebook. And when one of his friends suggested getting Kim a gift card for the popular transportation service, Uber, things just took off!

No one wanted to see this woman walking alone in the cold again. And the offers to chip in money to help came fast and furious on Brandon’s post.

In just under an hour, Brandon had enough to not only gift Kim with an Uber gift card, but cash as well to get her car fixed!

Now, he just needed to go to Wendy’s to give her the money. (And get some lunch!)

Later on the same day Brandon McNamee picked up a woman walking alone, he walked into the Wendy’s where she works.

Who knows what went through Kim’s mind when she first spotted the stranger who’d given her a ride. But she soon became overwhelmed with emotion once he revealed why he was there!

“We got you a gift card to Uber right there for one-hundred bucks,” Brandon explained.

RELATED: 13-Year-Old Buys Car For His Single Mom At Her Lowest Point By Selling XBox

But he wasn’t done! Brandon then handed Kim $200 to get her transmission fixed and another $200 in case anything else were to come with the car.

By the time Brandon was done, Kim was in tears. And he posted an update to Facebook later letting everyone know a mechanic had seen his hitchhiker short story and reached out to Kim to fix her car for free!

WATCH: Act Of Kindness For Woman Walking Alone On Side Of Road

Brandon’s inspiration for acts of kindness like this one makes this hitchhiker short story even more touching.

Tragically, Brandon recently lost his brother. And to honor his memory, Brandon has been partaking in all sorts of random acts of kindness. But even though he helped coordinate the fundraising for Kim, he was quick to give the credit to all of his Facebook friends who donated.

YOU MAY ALSO LIKE: 83-Year-Old Man Who Walks Miles To Mow Lawns Gets Huge Surprise

It’s beautiful seeing so many people come together to do something for someone else. And it just goes to show it is truly better to give than to receive!