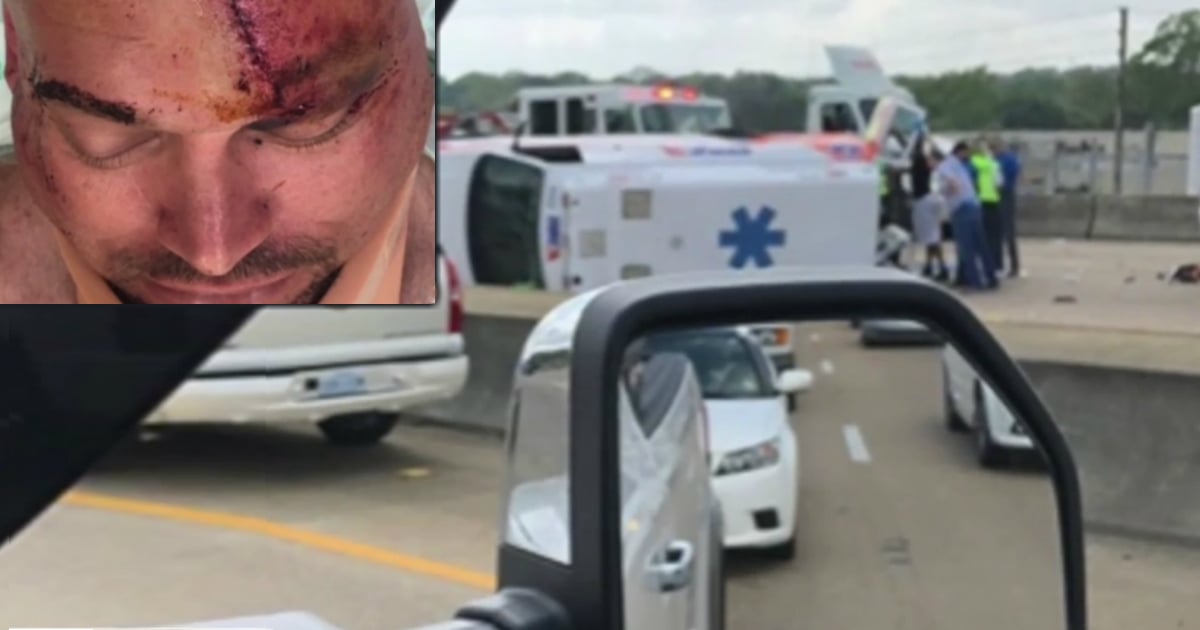 A full-blown Walmart parking lot dispute broke out when an irate man started yelling at and threatening a pregnant mom. But taxi driver Derrick Brown has daughters of his own and he wasn’t about to just stand by and watch. So, the brave stranger came to the rescue!

Pregnant mom Felicia Russell was leaving Walmart with her two daughters when the day took a scary turn.

Felicia’s 15-year-old daughter had recently gotten her learner’s permit and wanted to get some practice driving. So, she was taking her time, cautiously out of the parking spot in the busy Walmart parking lot in Leesburg, Florida.

RELATED: An Elderly Woman Uses Compassion To Calm An Erratic Man On A Train

A 57-year-old man named David wanted to take the spot but felt the ladies were taking too long. He pulled up behind them and started laying on his horn, which must have been incredibly intimidating for the teenage girl behind the wheel.

Next, the impatient man jumped out of his vehicle and charged toward the car, yelling that the person couldn’t drive. The eight-months pregnant Felicia got out and explained her daughter was only 15.

‘I’m teaching her how to drive,'” Felicia says she told the man. 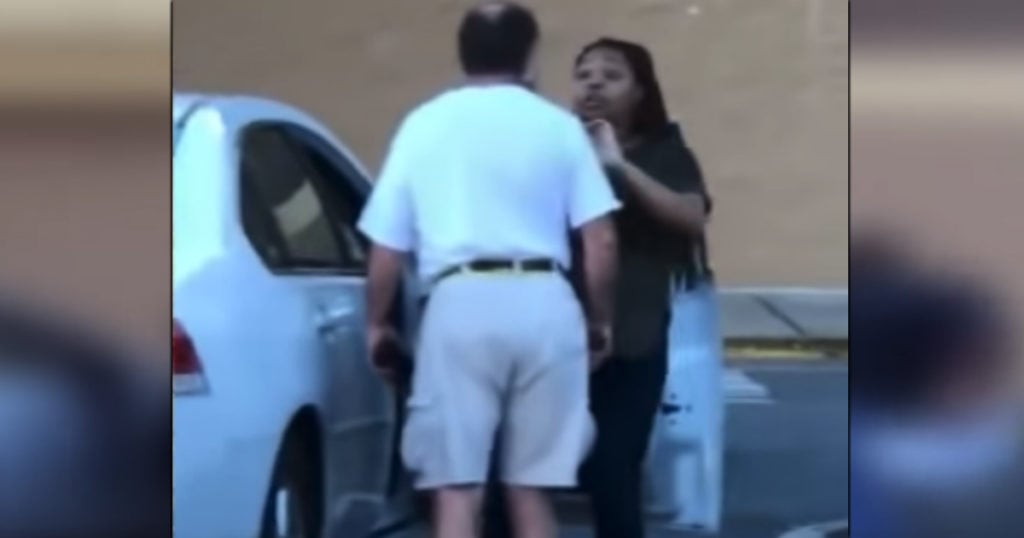 But the irate man didn’t seem to care. As he got in Felicia’s face, yelling and threatening the pregnant woman, a bystander pulled out her phone and began filming.

As things continued to escalate, another stranger got involved. Taxi driver Derrick Brown doesn’t know Felicia personally, but there was no way he was going to leave the pregnant mom and her two doctors to fend for themselves.

“I wouldn’t have stepped in it, but she looked like she was in distress, and he was very aggressive and screaming all in her face and spit (was) coming out of his mouth,” Derrick explained. “She’s almost eight months pregnant (and has) two kids in the car. I got daughters. I’m not going to stand by and see something happen to a pregnant woman like that.”

Derrick says he was hoping to resolve things peacefully. He encouraged David to leave the woman alone, as did Felicia and the woman filming the incident. But David refused to back down and directed his aggressive behavior toward Derrick.

That’s when the taxi driver showed the man the weapon he is licensed to carry. He didn’t point the gun at David but made him aware he was armed and then put the weapon back in the holster.

“I was just letting him know that I carry, and the best thing for him to do was go on about his business,” Derrick said. 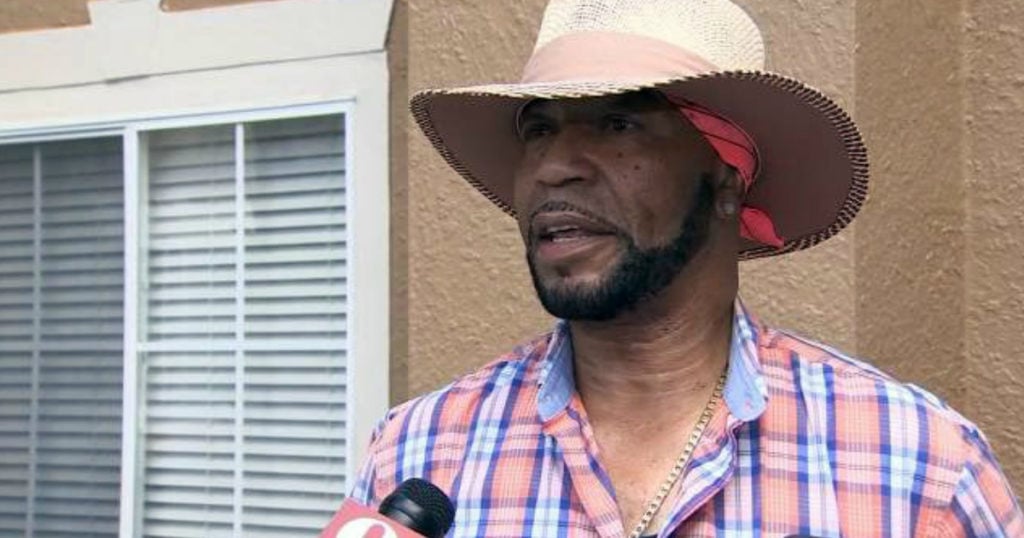 Unfortunately, David still didn’t back down. He actually hit Derrick and Derrick returned the punch. Soon after, the police arrived and helped diffuse the situation.

After reviewing the footage, the police agreed David was the aggressor and Derrick was just trying to protect Felicia.

“Police say I did the right thing. They shook my hand when they left,” he said.

David’s “out of control” behavior came as a shock to his father when he heard about the altercation. He says it’s unacceptable and out of character for his son. They scheduled a visit with the doctor to check David’s medication to see if that could have played a roll in the dramatic scene.

As for Derrick, he opted not to press charges. His goal was to protect the pregnant mom and he’s hopeful that David learned a valuable lesson.

“You look for trouble, and sometimes you find it,” Derrick said.

RELATED: ‘Tough Guy' Steps Up To Help A Struggling Mom At Walmart

As for Felicia, she’s just thankful things didn’t get any worse and that Derrick was there to step in during the “unbelievable situation.

“I’m so happy he came to my rescue,” she said of Derrick. “I feel like he is my guardian angel. I feel like, at that time, God really had my angels looking out for me and my children.”

Thank God Derrick was there to step in and protect the pregnant mom and her kids. It’s such a shame things escalated as much as they did. And we’re just so glad that, as tempers flared, no one was hurt during the Walmart parking lot dispute!

YOU MAY ALSO LIKE: Police Officer Working At Walmart Steps Up When Man Can't Pay For Groceries