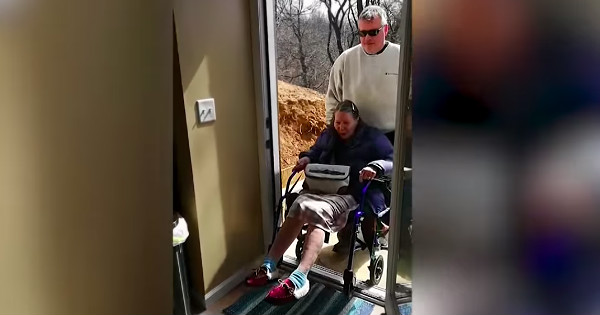 Teens often get a bad rap for being pretty self-centered. But that certainly can’t be said about William Preston. After watching his single mother struggle to make ends meet, this 13-year-old buys his mom a car. And his inspiring act of kindness is going viral!

Single mother Krystal Preston of Nevada works hard to provide for her three kids and three dogs. They may not have many material things. But love is clearly in no short supply.

RELATED: Son Has His Aging Mom In Tears After Converting Basement Into A Suite For Her

At one point, Krystal was having a particularly tough time making ends meet and she had no means of transportation. William, her oldest child, couldn’t help but notice.

13-year-old William Preston hated seeing his mom having such a tough time. So, the sweet young man decided he was going to do whatever it took to buy his mom a car.

What kind of 13-year-old buys his mom a car? And how? The answer is completely heart melting!

There are a lot of online dangers for kids. But the internet isn’t all bad. After all, that’s where William got the idea for a 13-year-old to buy a car for his mom!

“I saw on YouTube where people get their mom a car and then surprise her with it," William said. "I wanted to do that.”

William came across a cheap 1999 Chevrolet Metro on sale on Facebook. And he knew what he needed to do to help out his struggling mom.

The 13-year-old already does house and yard work for folks in his community to make some money. So, he continued to work hard and save, which was impressive enough for someone his age. But William took it one step further.

For most teenage boys, video game systems are among their most prized possessions. Still, William decided to sell his Xbox so he’d have enough money to surprise his mom.

Even though William had told his mom what he wanted to do, it still came as a huge shock to Krystal when he actually did it.

The person selling the car came and picked William and Krystal up so they could go see the vehicle. And proud mama Krystal remained in awe over her son’s incredible generosity.

“What 13-year-old do you know buys their mom a car? I don’t know any, never heard of any,” she said. “I can’t even express it, like there’s no words that can express my gratitude and how proud I am.”

The car will still need some work, but it’s a blessing beyond belief. And William’s act of kindness helped restore his mom’s hope for the future.

“At my low point, here comes my son,” Krystal Preston said. "Everybody goes through rough patches in their life, but there’s good that can come from any situation as long as somebody with a heart does it.”

It’s hard enough to imagine a 13-year-old who buys a car for his mom. But one that sells his Xbox to do so? What an angel! William Preston is truly an inspiration for us all.

YOU MAY ALSO LIKE: Man Gets Valuable Lesson From A Group Of Teenagers And A Homeless Woman