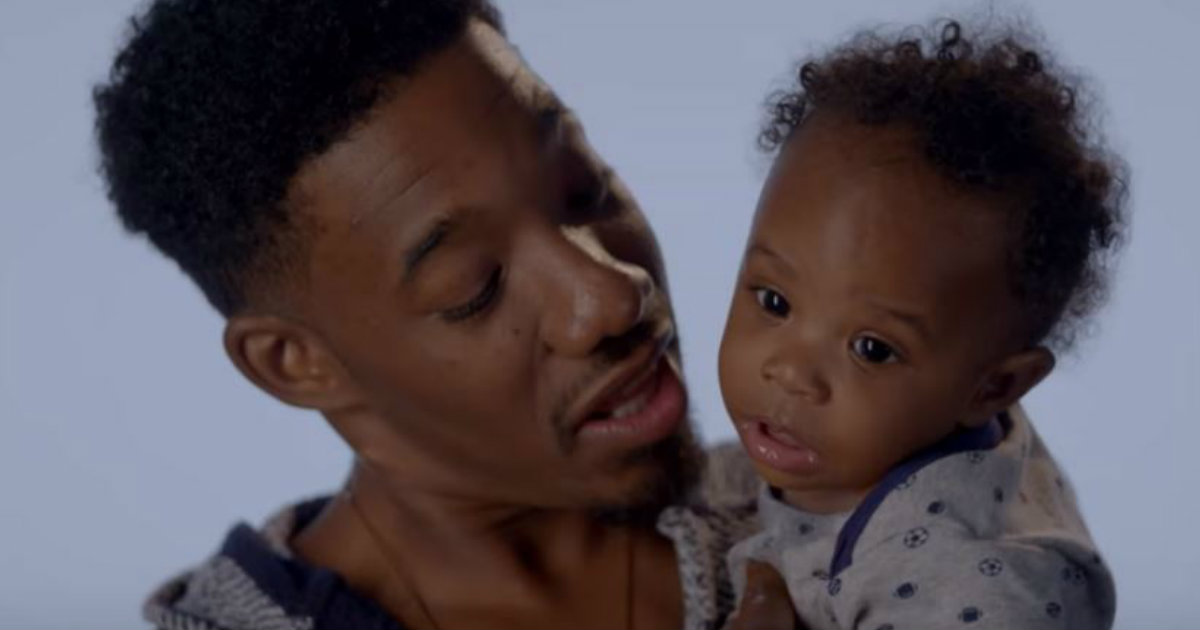 Mason Ramsey was once known as "Little Hank" in his hometown. But after his video took the internet by storm, he is now known as the Walmart Boy and you've got to see why!

This 11-year-old boy is singing in the middle of an aisle in Walmart. He's got the blues, literally. He is singing his own rendition of Hank Williams "Lovesick Blues" and he is quite impressive. 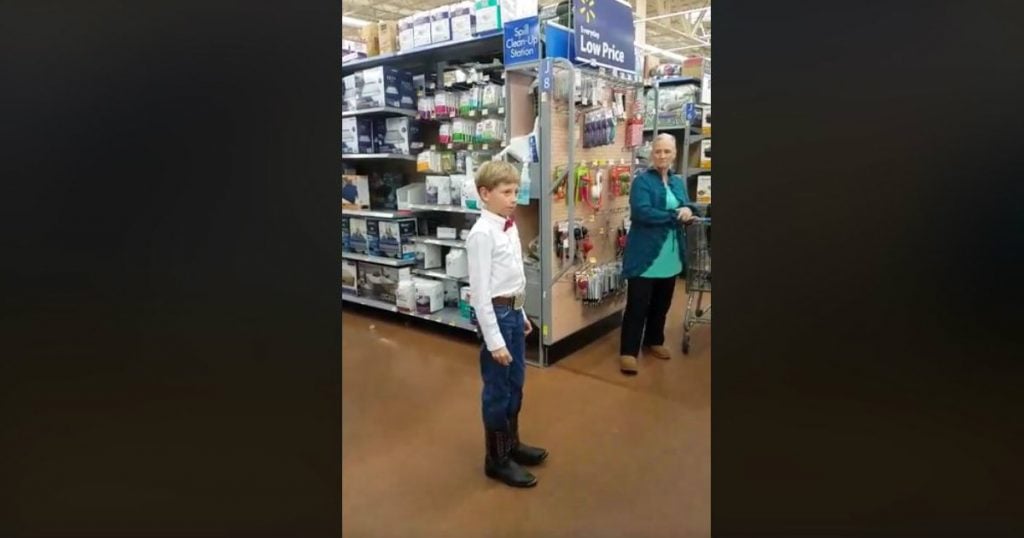 Mason sped up the song a little more than the original. He is tapping his foot and did not miss a beat. It is amazing how he is singing so confidently in the middle of a store. An audience of shoppers surrounded him as he yodeled his way through the entire song.

Mason must have known he was going to give a show today. Because he is wearing his cowboy boots, bowtie and all! It really set the stage for him to perform a Hank Williams' song. 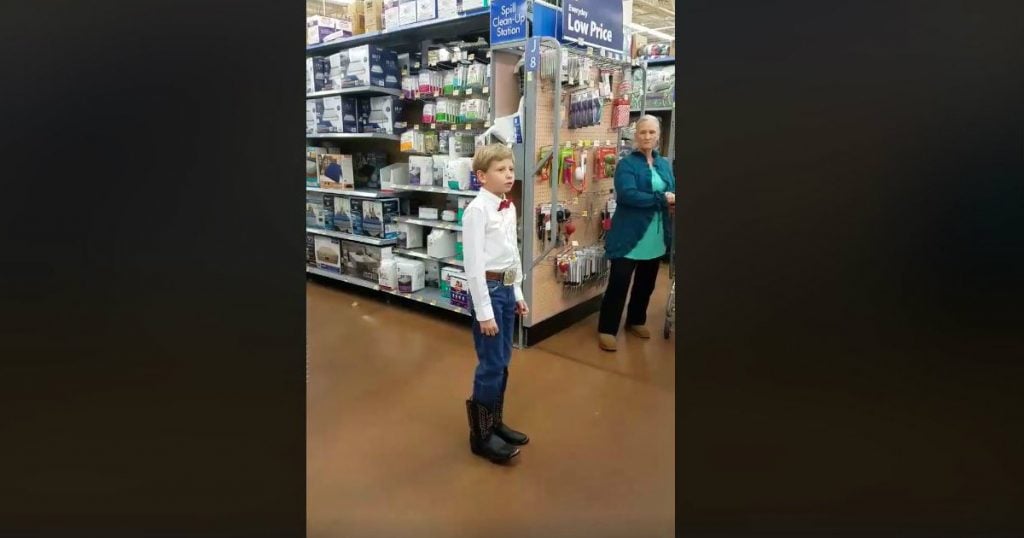 One of the shoppers pulled out their phone to record a video of her front-row performance. When she posted the video on her Facebook page, it quickly went viral. The video of Mason Ramsey was shared all over the internet. The whole world loved it and has infamously dubbed him as "Walmart Boy". 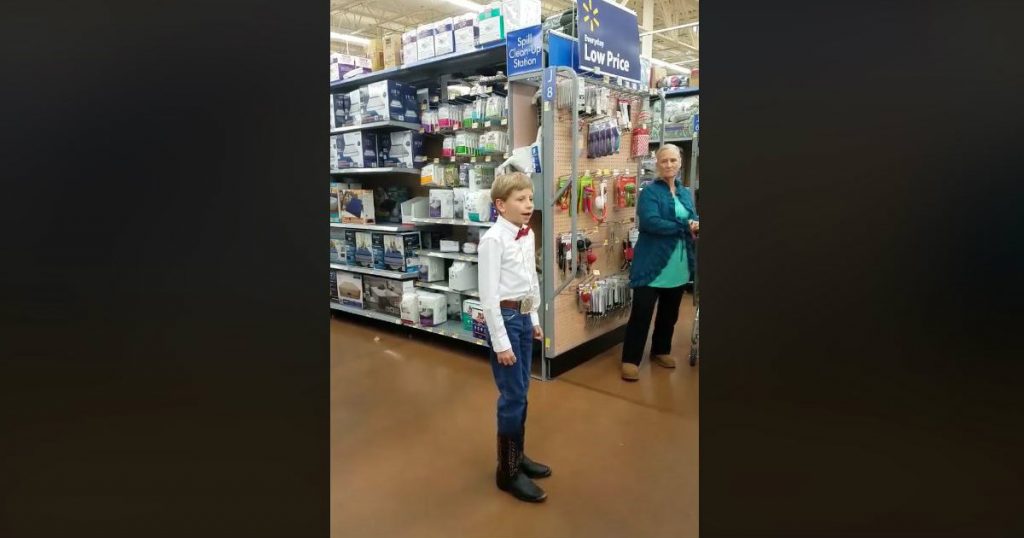 Even though Mason is just now becoming an internet sensation, music has been a part of his life for a long time. He started singing and playing the guitar at age 6. And he was the winner of the Kentucky Opry Talent Search. That explains why he was not shy at all with singing in the middle of a large store!

WATCH: Walmart Boy Sings And Takes Over The Internet

After this incredible performance went viral, Mason got a call from the one and only Ellen. She was (like the rest of us) super impressed by his incredible talent and just had to meet him. And it turns out that Mason isn’t just a great yodeler, he is hilarious!

RELATED: Grandma Has Alzheimer's But She's Still An Incredible Musician

This sweet and polite young man has never been on an airplane but it turns out the highlight of his trip was riding in the back of the limo with his new pal, Ernie the driver. And you may be able to take the boy out of the country, but you can’t take the country out of the boy. Listening as Mason explains to Ellen all about taking a nap under a tree after some hard work on the farm had me cracking up. 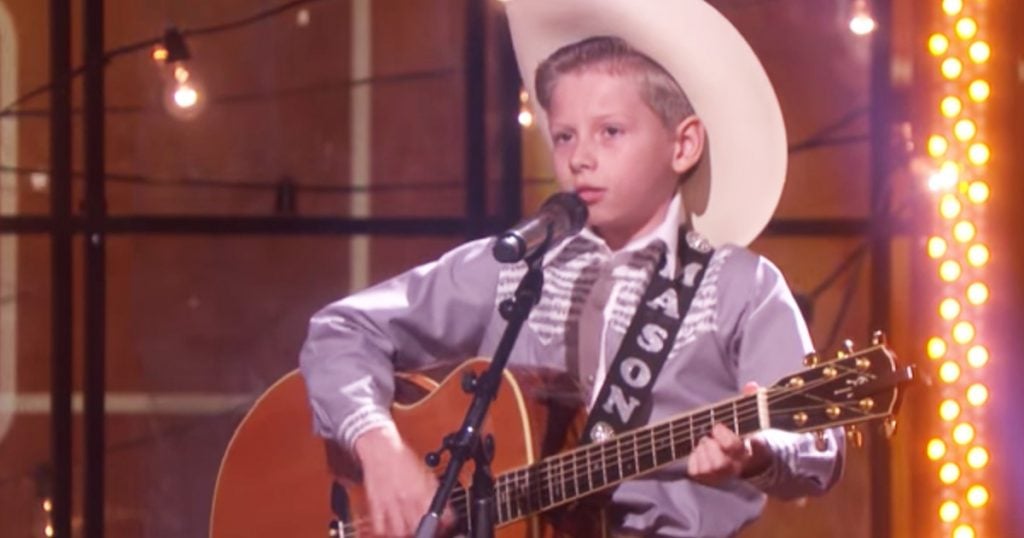 But this little country boy has some big dreams. Like any country singer, his dream is to be famous enough to get to perform at the Grand Ole Opry. That fame won’t go to Mason’s head though. He plans on saving up all his money to go to college and get himself a good education. 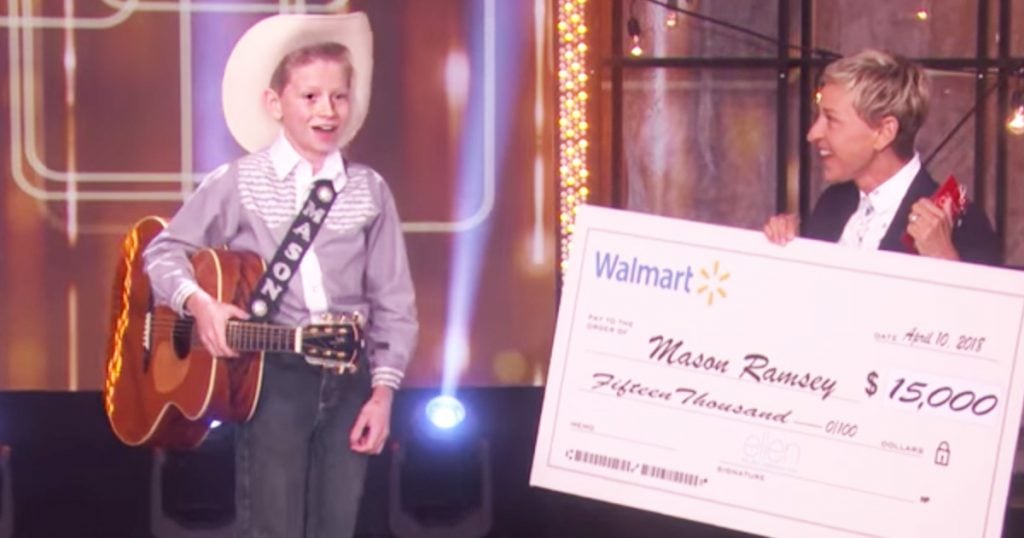 Ellen gave Mason a chance to perform his amazing version of ‘Lovesick Blues.’ And after he blew us away all over again, Ellen had a big surprise for this little guy. She made some calls and was able to arrange for Mason to live his dream and sing at the Grand Ole Opry. And when you see the look on his face you’ll feel the tears welling up. And that wasn’t the end of the surprises. The incredible folks at Walmart set up for Mason to have his very own concert AND they gave his a scholarship to help this little guy make his way to college. 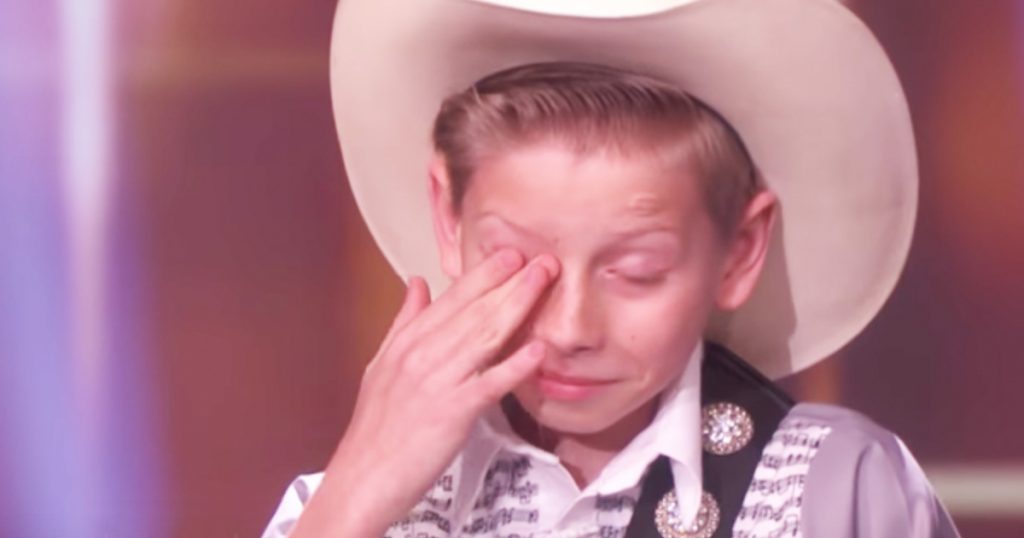 I don’t know about you but I sure hope Mason makes it. I could listen to his voice all day. Don’t miss this adorable interview!

YOU MAY ALSO LIKE: Little Boy Sings Country Music During Bible Song