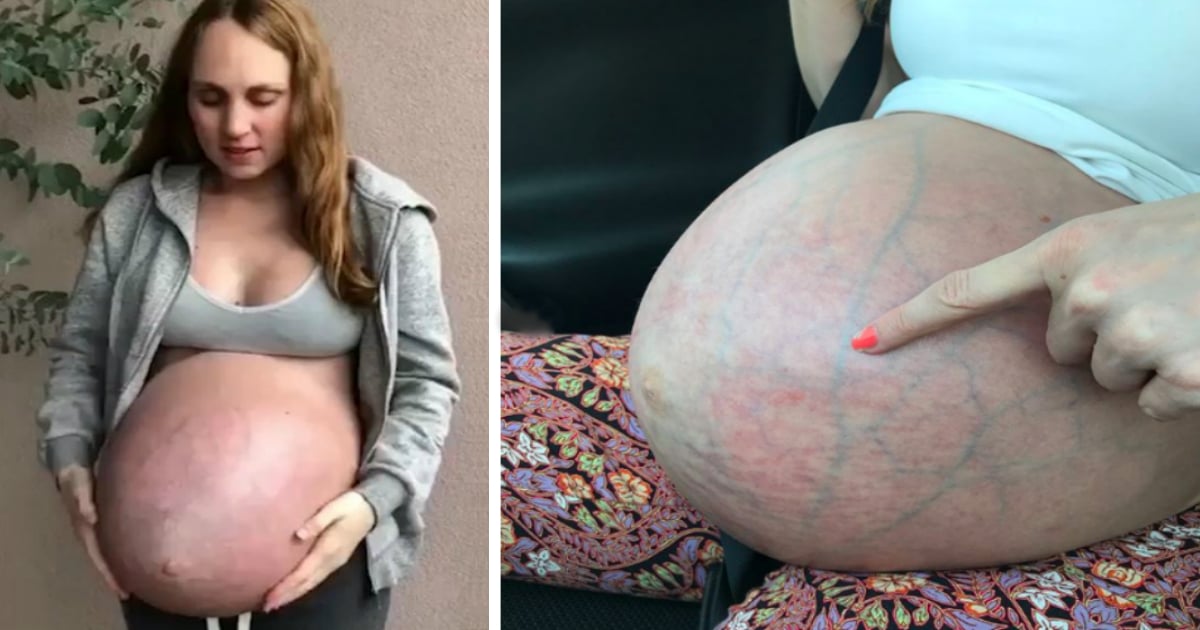 When Gregory R. Johnson spotted the flowers and cake in a man named Jim’s shopping cart, he assumed it was for a happy occasion. He couldn’t have been more wrong. But God brought these strangers together for a reason. And the grocery store run in was just what the elderly widower celebrating his late wife’s birthday needed!

Gregory R. Johnson lives in Greenwood, Indiana. And a trip to his local Kroger supermarket turned into a case of divine intervention when he met an older man named Jim.

Jim had a lovely bouquet of flowers and a birthday cake in his shopping cart. Assuming these were for a joyous celebration, Gregory remarked that it looked like Jim had a “big night planned.”

“He glanced up at me with the saddest eyes I believe I’ve ever seen and told me his story,” Gregory said.

And that’s when Gregory learned the heartbreaking truth.

As it turns out, Jim was an elderly widow celebrating his late wife’s birthday. She’d been gone five years, but Gregory learned that each year since his wife’s passing, Jim couldn’t bring himself to ignore the special day.

So, he would come to the grocery store for flowers and cake. When he got home, he’d put the roses on the table and cut two pieces of birthday cake.

“My heart just broke. I was just devastated and he looked completely broken. And I knew that I wanted to do whatever I could in that moment to take his mind off of his heartbreak,” Gregory said.

Rather than take off, Gregory stayed and chatted with Jim for more than 90 minutes. He asked Jim all about his late wife, Gloria. He couldn’t help but notice how much joy it brought Jim to reminisce about their real-life love story.

The lovebirds met in high school. Jim was the star basketball player and Gloria was a cheerleader for the rival team. When Jim’s team won the game, he invited Gloria to come watch him play again the next night. She showed up and the rest is history.

The two enjoyed 53 years of marriage. And by the end of their conversation, Jim was in a much better mood. Earlier, the Kroger manager had taken a photo of Jim with his flowers and cake for the store’s bulletin board. It had become an annual tradition.

RELATED: Lonely Widower Looks Online For A New Fishing Partner After His Dies

But by the end of Jim and Gregory’s chat, the manager took another photo so that Gregory could join in. And the difference between the two was remarkable! 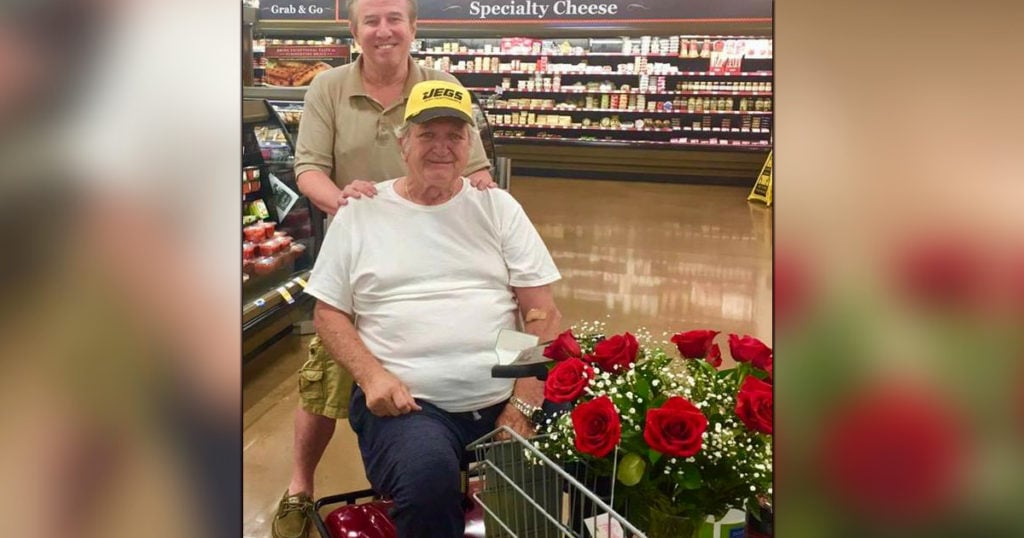 “Now there was a grin on his face where in the earlier picture, a sad defeated man was photographed with his roses and birthday cake. He was happy in the moment,” Gregory said.

But then the special moment got even better!

Jim asked Gregory if he’d care to join him at his house for the celebration.

“I simply looked at him and told him I’d be honored to sit at his table and have a piece of cake with him in remembrance of his wife,” Gregory recalled.

The two had started out as strangers. But compassion brought them together and forged a new friendship. Gregory spent the evening with the elderly widower celebrating his late wife’s birthday. They looked at old photos and continued chatting. They agreed to meet up again soon.

“Hopefully I made that little old man’s night a tad bit better,” Gregory said, “because he certainly made mine one of the best I’ve had in a long time.”

You just never know when God is going to take an everyday event, like a trip to the grocery store, and use it to do something extraordinary! We just have to be ready to answer the call.

YOU MAY ALSO LIKE: Woman Walks Into An Abandoned House To Find A Lonely Man Inside