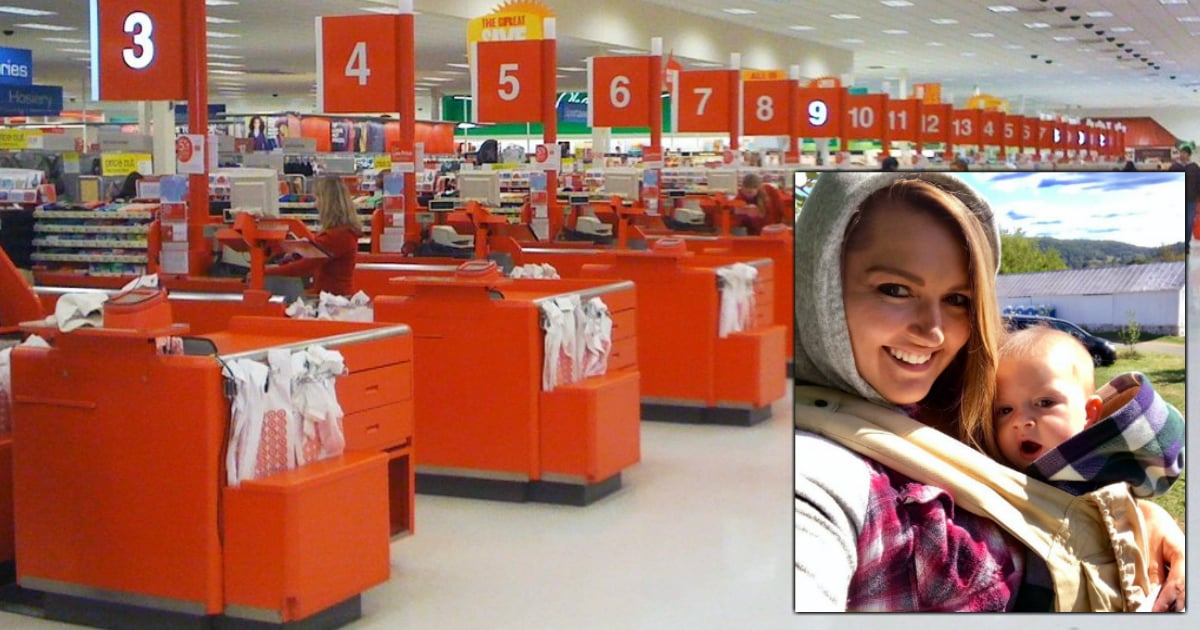 Mom In Line At Target With 2 Fussy Kids Goes Over Budget, Then Stranger Steps In
Read Article »

When Brittany Marr started planning her wedding she never expected to be sharing possible last moments with her grandmother at the same time. The bride-to-be found out last December that her grandmother, Ellen, had stage 4 breast cancer that had spread to her bones. So she planned a “first look” photo shoot for them.

After chemotherapy and radiation, Ellen was very weak and in constant pain in her back. She worried about the upcoming wedding and her ability to participate.

“…she just cried to me about how much she wants to be able to dance at my wedding.” Brittany shared.

Knowing how important her grandmother was to her, Brittany knew she needed to do something memorable for the two of them. When a contest for a free photo shoot with Copper + Pine was brought to Brittany’s attention, she quickly entered. And she won 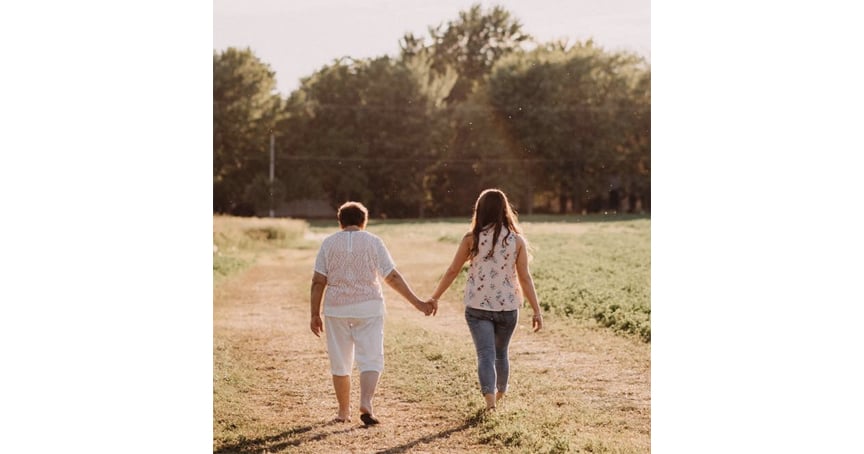 "After we won, my grandma and I were so excited and we talked about it every time we spoke, whether it was over the phone, through text or when we were together," Brittany told HuffPost.

Brittany talked with photographer, Mikayla, about her hopes for the photo shoot. They decided on a “first look” experience. They waited a few months for the Michigan weather to warm up and in June took to a beautiful field at sunset. 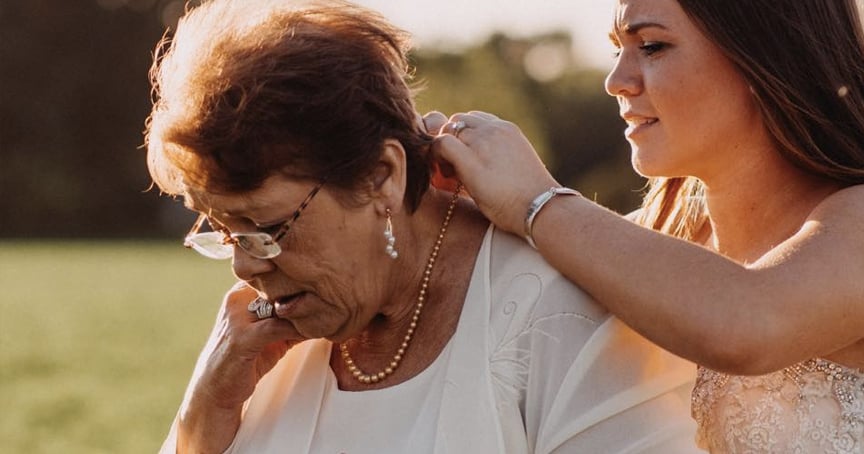 The pair started their session together by exchanging sentimental letters that they had written to one another. Only Brittany and her grandmother know what wisdom the letters held. But there is no doubt that they were full of love and memories! What they weren’t prepared for was the tears that would come during their time together. 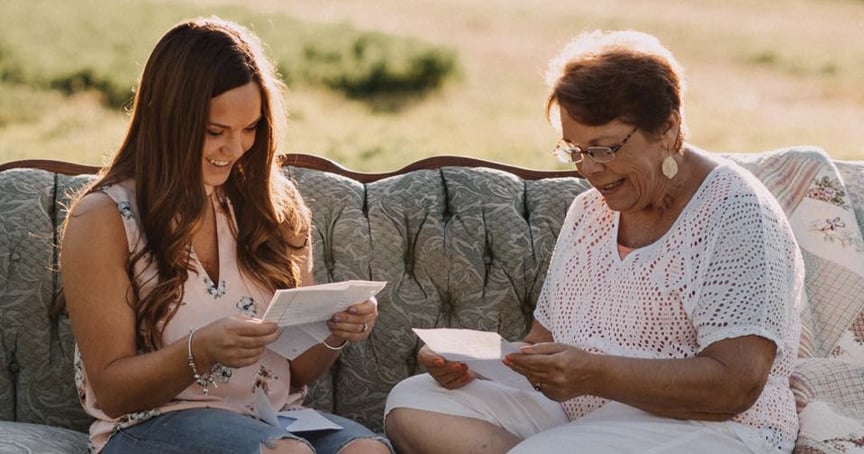 "They laughed together after reading their letters because all they had to wipe their tears were McDonald's napkins from Brittany's car," Mikayla said. 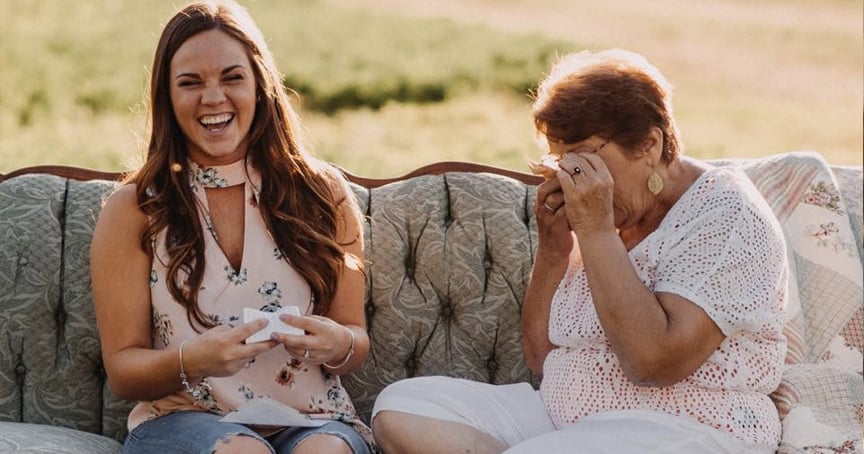 "I had them look at each other during one point in their session and asked what their favorite memory with the other was. Her grandma looked at her and said, ‘Probably this.'" 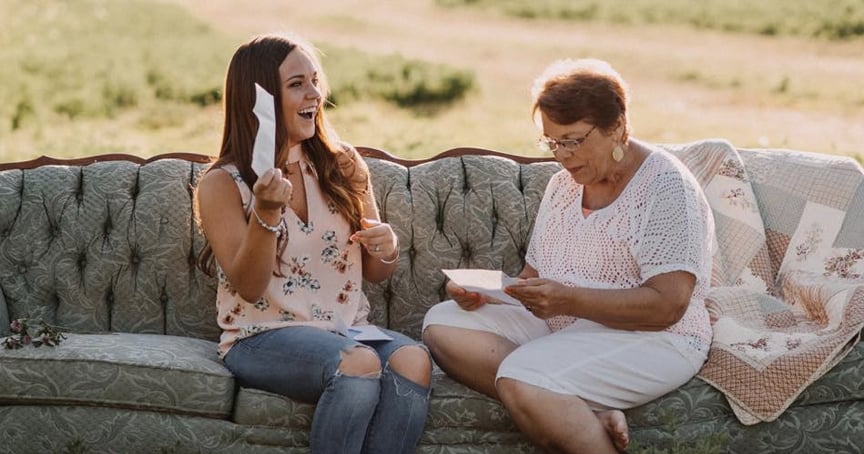 After sharing their heart through hand-written letters, they each changed into their wedding outfits. The photographer instructed Grandma to close her eyes until she felt Brittany touch her. When the time came that Brittany reached out, the reaction from her Grandma was beautiful.

“Her grandma’s reaction when she finally saw was the sweetest thing,” the photographer Mikayla said in the post. “She just held her hands to her face. It was genuinely the most loving moment I’ve ever captured.” 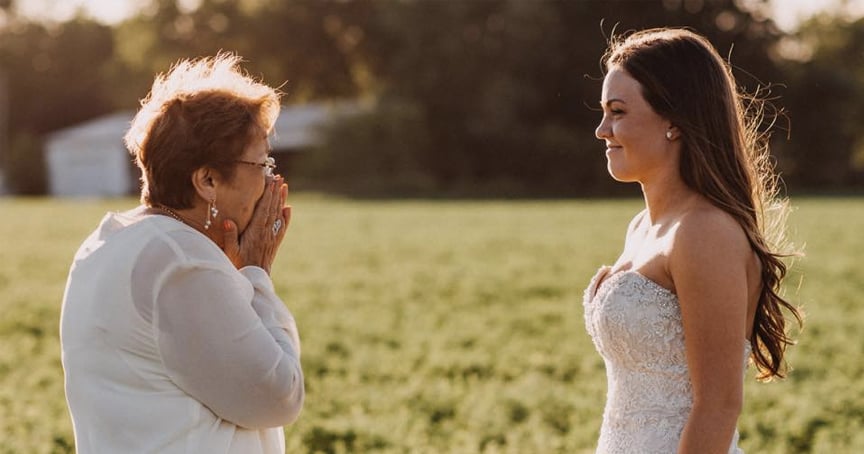 After seeing Brittany in her wedding dress, her Grandma was visibly moved. This moment meant so much to her.

“I have never become so choked up so often throughout a session. I couldn’t believe how perfectly it all came together. These two are so dear to my heart and I am so thankful to have gotten to spend time with them both.” 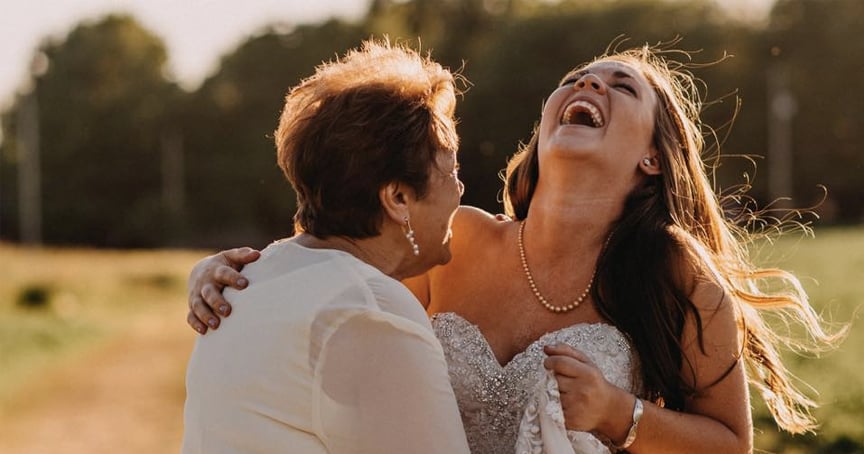 After the ‘first look’, the two then shared a special dance together to “I’m Gonna Love You Through It” by Martina McBride. The connection between Brittany and her Grandma shines through in their photos. Brittany shared some of her thoughts on why they are so close.

"She is someone I can go to about any situation and she tells me honest advice, not just what I want to hear. We both find so much joy in talking, because we are both talkers." 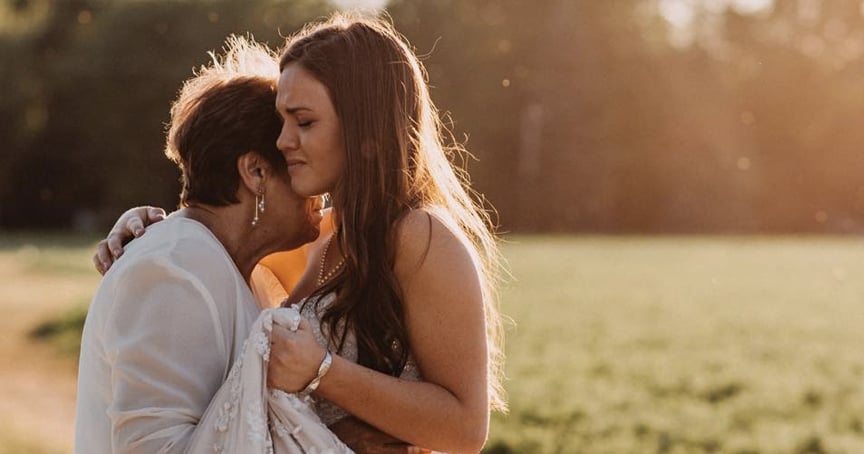 Brittany added: "My grandma has ears that truly listen, arms that always hold, love that never ends and a heart as sweet as her soul."

Thankfully, Ellen was able to be present on her Granddaughter’s special day! They even were able to share a dance together at the reception! 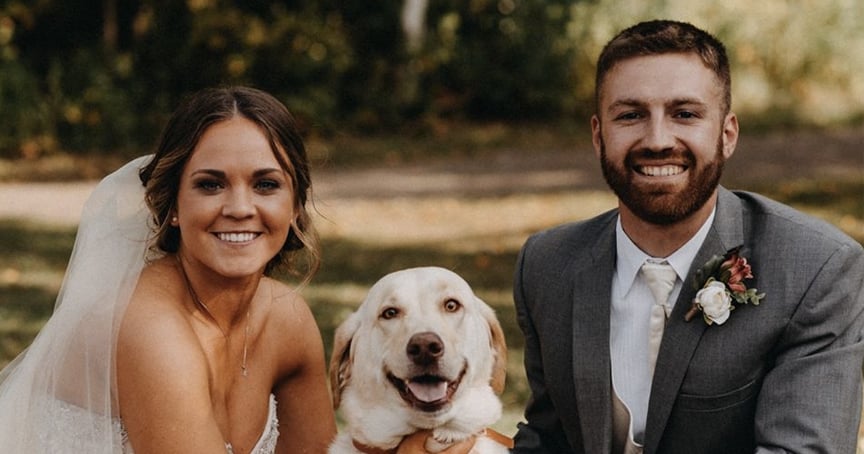 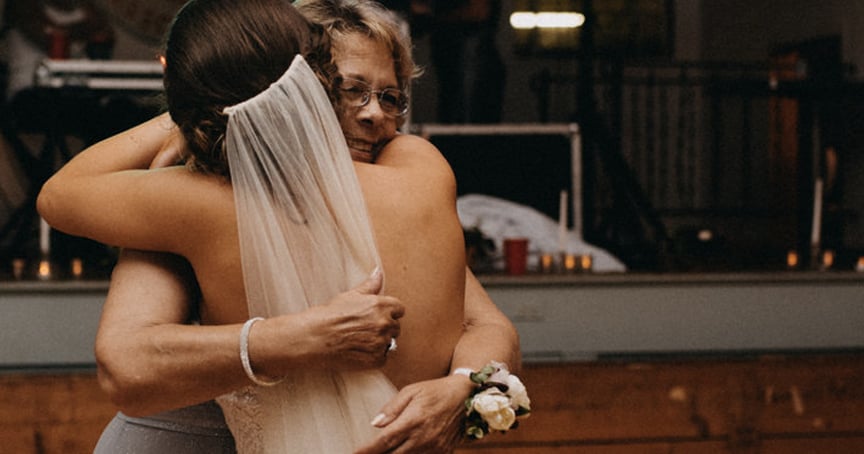 "Doctors gave her time and that time will never be enough," Brittany told HuffPost. "But all I can do is cherish that time before it runs out. She takes it one day at a time, some days are better than others. She is in great spirits."

What a beautiful story of love. Praying for Ellen and the family as they navigate these hard times!

YOU MAY ALSO LIKE: Bride Chooses Her 89-Year-Old Grandma As A Bridesmaid 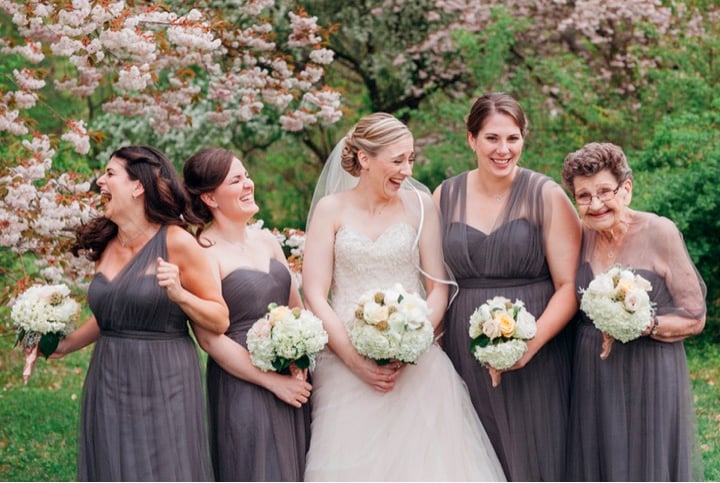