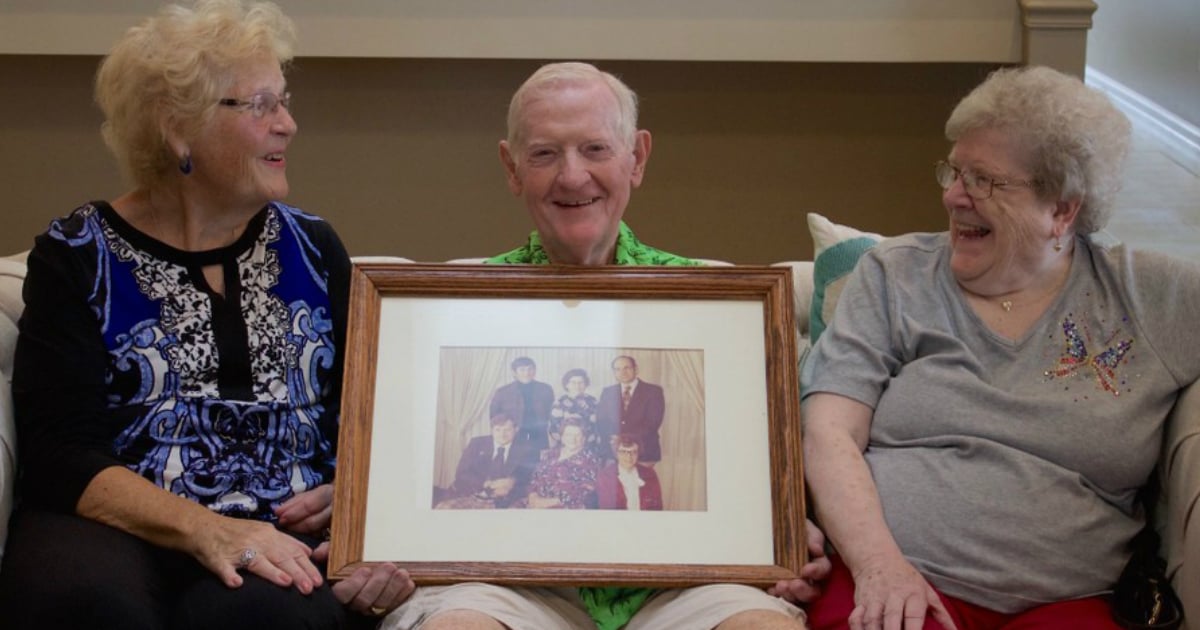 Chelsie Morales of Nebraska couldn’t wait to tell her husband, Will, he was about to become a Daddy. But she waited long enough to lure him to a fake photoshoot. There, Will thought they were playing games. But really, it was all a master plan leading up to his wife’s surprise pregnancy announcement. And the Daddy-to-be has the best reaction to the good news!

Chelsie loves surprises. She says it’s kind of her thing. And she knew the news of her pregnancy was a surprise goldmine. So, she fought the urge to tell to Will right away. 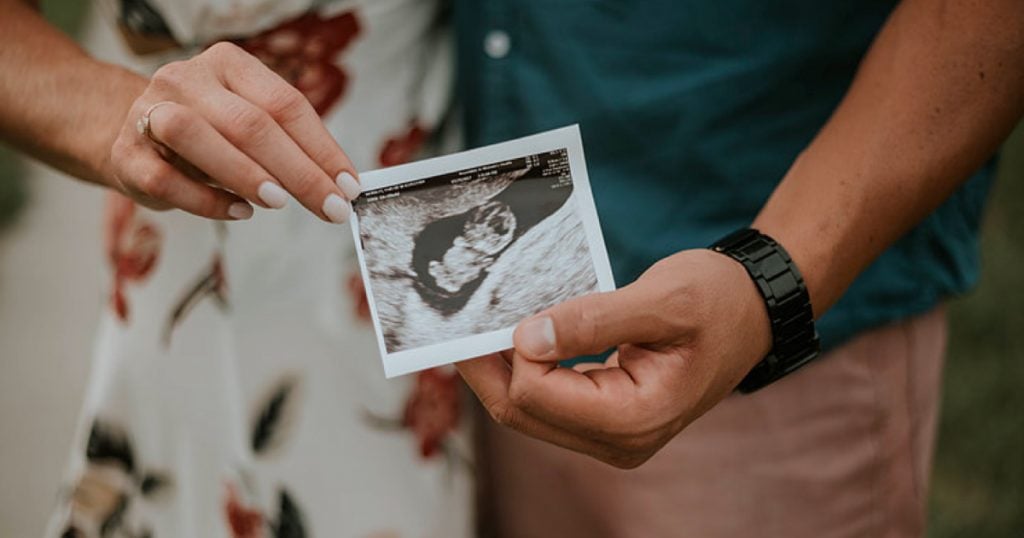 Instead, Chelsie reached out to an old classmate Kara Fishbaugh.

"Originally, I was really torn about having someone help me with this surprise, purely due to the fact that I wanted Will to be the absolute first person to know," Chelsie said. "However, I've tried taping surprises in the past, and something always seems to go wrong. I knew that if I wanted to capture this the right way, I needed to let someone else in on the secret."

Kara is a professional photographer, and she happily agreed to help Chelsie break the big news in a special way.

RELATED: Wife Surprises Daddy-To-Be, And The Cameras Caught It All

Chelsie kept her pregnancy secret from Will for four agonizing days. During that time, she convinced him they’d won a free photoshoot with Kara Quinn Photography. Meanwhile, Chelsie and Kara carefully planned out the details of the surprise reveal.

Even with all the planning, the two were a bundle of nerves. What if something went wrong? The weather forecast didn't exactly help calm their jitters, either. But in times like these, you just have to trust God will make a way.

"It was actually supposed to storm the evening of our session,” Kara said. “We just prayed and prayed it would hold off until we were finished with the big surprise.”

Finally, the big day arrived. God answered Chelsie’s prayers, and the wife’s surprise pregnancy announcement couldn’t have gone any better. Even the bad weather stayed away.

"To our surprise, not a drop of rain appeared during our session,” Kara said. “It was just amazing from start to finish."

Kara told Chelsie and Will they’d be playing some games.

“First, I asked them to stand chest to chest and for Will to kiss Chelsie on the face as fast as he could, ten times,” she said.

Next, Kara handed the couple individual chalkboards and had them stand back to back. She instructed the pair to write the 3 things they admire most about their spouse. 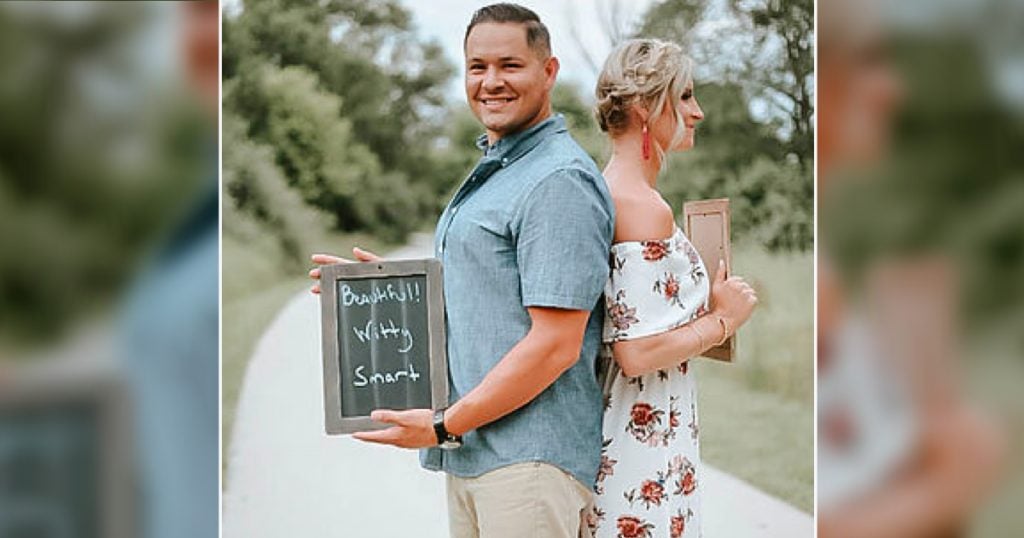 While Will wrote the words beautiful, witty and smart, Chelsie wrote something else entirely!

When Will turned around to see the words “You’re going to be a daddy,” his reaction was amazing. 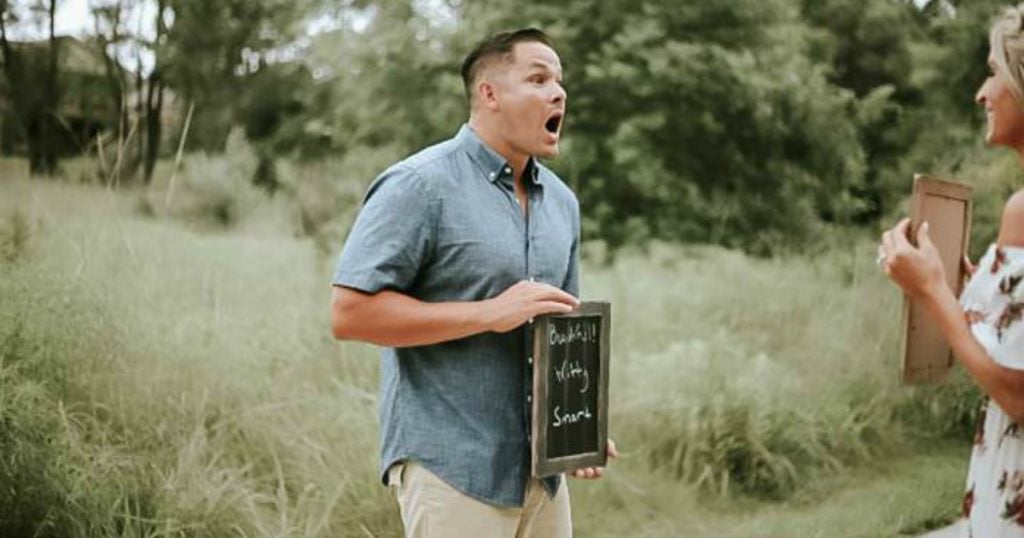 Well, it actually took a few seconds before the Daddy-to-be realized just what he was reading. But once he did, he couldn’t contain his joy. It was even better than Chelsie had hoped!

"His reaction far exceeded any expectations I had," said Chelsie, who is now 14 weeks along. "I knew he would be thrilled, however you never know what their reaction will be when getting a surprise like this out of the blue!”

After finding out the real reason for the photoshoot, Kara continued to snap beautiful photos of Will and Chelsie rejoicing over their precious blessing.

Then, the couple broke the big news to one other family member. They let their fur-baby Moose know he was going to be a big brother! 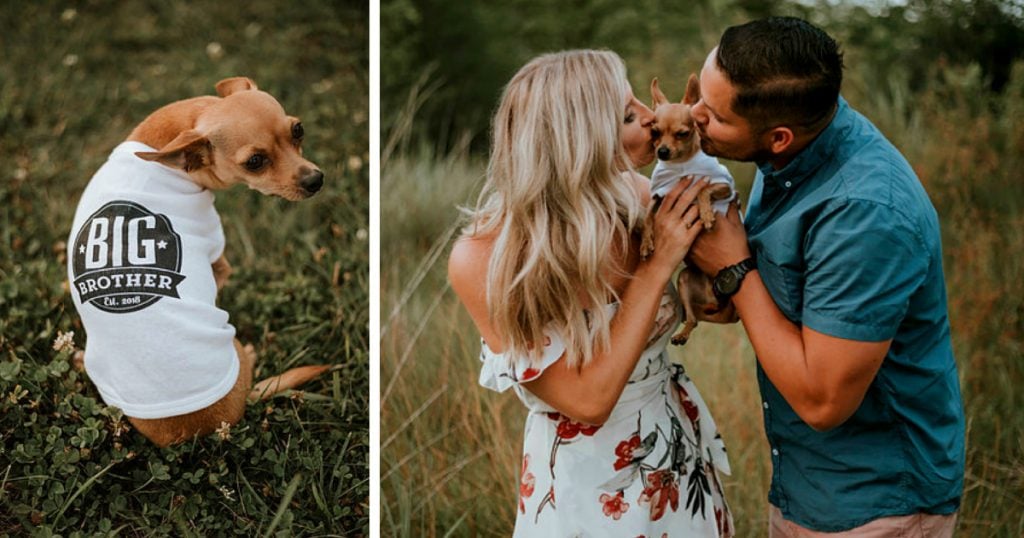 Everyone enjoyed the photo shoot, and Chelsie was beyond pleased with how everything turned out.

"Kara could not have done a better job helping my dream become a reality,” she said. “We will cherish these forever."

We pray God’s blessing will continue to rain down on this lovely family!

YOU MAY ALSO LIKE: Couple's Newborn Photoshoot With Their 21-Year-Old Son