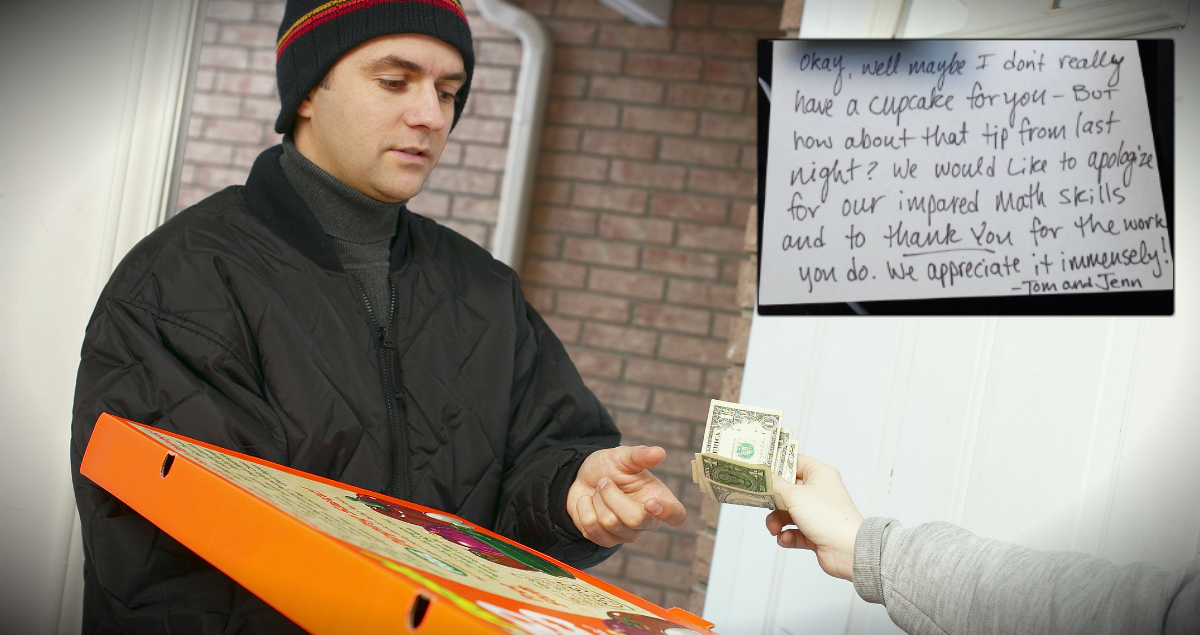 Meet Norah and Dan. It wasn’t that long ago that the two were complete strangers. But this sweet girl has a heart for elderly people. And when she saw Dan, a lonely widower, at the grocery store, she wanted nothing more than to say “hello.” And under the watchful eye of her mom, God has brought this little girl and elderly man together as the cutest pair of unlikely friends. And they have the whole Internet swooning!

Loving Up All The ‘Old’ People

Little Norah, who’s as cute as can be, has always had a special spot in her heart for elderly people. She shared this with her mom, Tara, one day when they were leaving Norah’s preschool.

The precious girl warned her mom to mind an elderly person who was slowly walking across the parking lot. The sweet girl shared her affinity for “old people” with the adorably brutal honesty that comes with preschoolers.

“I like old peoples the best ‘cos they walk slow like I walk slow and they has soft skin like I has soft skin. They all gonna die soon so I'm gonna love ‘em all up before they is died,” Norah said.

Little did Tara know, Norah’s loving heart was about to make a big difference for one special stranger.

Norah was getting ready to celebrate her fourth birthday. And being the sweetheart that she is, she asked her mom if they could stop at the store to pick up cupcakes to enjoy with her six siblings after dinner.

While at the grocery store, Norah suddenly stood up in the cart and started waving furiously.

"Hi old person! It's my birfday today!" she yelled excitedly at an elderly man who Tara describes as “stone-faced, and furrow-browed.”

Tara began apologizing profusely, expecting the man to be offended. But instead, his whole face softened and the two spent a few minutes chatting, with Norah filling him in on the details of her birthday.

After the quick chat, they parted ways. But God wasn’t finished working through this little angel!

A Photo For The Birthday Girl

Norah told her mom she desperately wanted to take a picture with the elderly man she’d just met. You know, “for her birfday.” That sealed it for Tara, and she sought the man out, finding him a few aisles down.

Again, she expected annoyance or awkwardness as she explained her daughter’s odd request. But she got the completely opposite response!

The man, who introduced himself as Dan, positively beamed. Tara writes:

“I pulled out my iPhone and they posed together. She placed her soft hand on top of his soft hand. He wordlessly stared at her with twinkling eyes as she kept his hand in hers and studied his skinny veins and weathered knuckles. She kissed the top of his hand and then placed it on her cheek.” 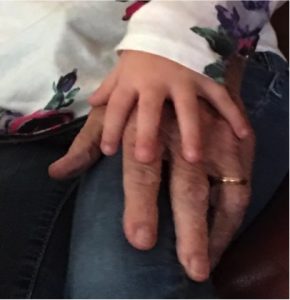 The precious scene blocked other shoppers in the aisle, but no one cared. Everyone could see that something special was taking place between this little girl and elderly man!

When the picture was taken and the two were done chatting, Tara thanked Dan for his time. His eyes filled with tears and he said,

“No, thank YOU. This has been the best day I've had in a long time. You've made me so happy, Miss Norah.” 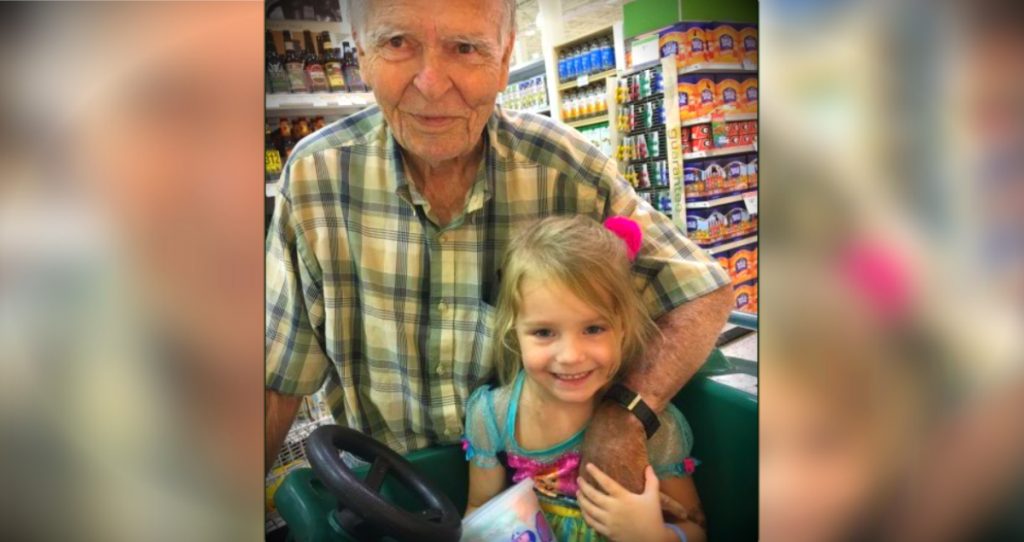 This was one of those special moments you just can’t help but share. So, Tara posted the picture of Norah and Dan to her Facebook page, explaining what had taken place. She received a private message from a woman who recognized Dan.

The woman explained that Dan had recently lost his beloved wife, Mary. Since then, he’d been terribly lonely. She thanked Tara and Norah for taking the time to brighten his day. She explained that the special moment between the little girl and elderly man was undoubtedly one Dan would cherish forever.

And that’s when it became obvious that God had led his precious angel, Norah, straight to Dan’s hurting heart. And Tara wasn’t about to let it be a one time thing!

RELATED: A photo of a 2-day-old baby meeting her great grandmother for the first time has everyone falling in love

An Unlikely Friendship Is Born

Tara asked for Dan’s phone number and reached out a few days later. He was tickled to hear from his new friends, and invited Norah and her mom over for a visit.

When they arrived, Dan looked 10 years younger. He’d gotten a haircut, shaved and dressed up for his special visitor. He had paper and crayons laid out for Norah, and spent nearly 3 hours talking with the jubilant little girl.

Before Tara and Norah left, Dan took out his pocket knife and cut the single red rose blooming by his porch. He carefully cut off each thorn before giving it to the girl who’d brought healing to his grieving heart. Norah still has the rose, now dried up, in a Ziploc bag she keeps under her pillow. 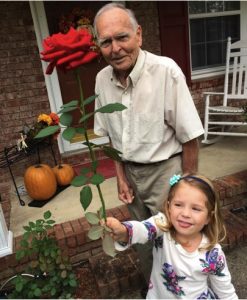 Tara and Norah now make regular visits to see Mr. Dan. The little girl and elderly man are more than just friends now. Tara says Mr. Dan is part of the family, and will begin joining them for holidays. And she tears up when she thinks about just how much Norah’s sweet soul has touched Dan’s.

RELATED: A wrong number helps to save an 85-year-old woman

Dan told Tara that following his wife’s death, he hadn’t had a single uninterrupted night’s sleep. But since meeting Norah, he now sleeps soundly every night. Norah has given him a new purpose.

"If I didn't have anything else to do the rest of my life," he said, "I have her to love."

YOU MAY ALSO LIKE: Woman Walks Into House She Thought Was Abandoned And Gets An Unexpected Surprise

Sometimes the pairs that we see as “unlikely friends” are really just God’s perfect plan at work. God bless this little girl and elderly man, and the absolutely beautiful pair they make!