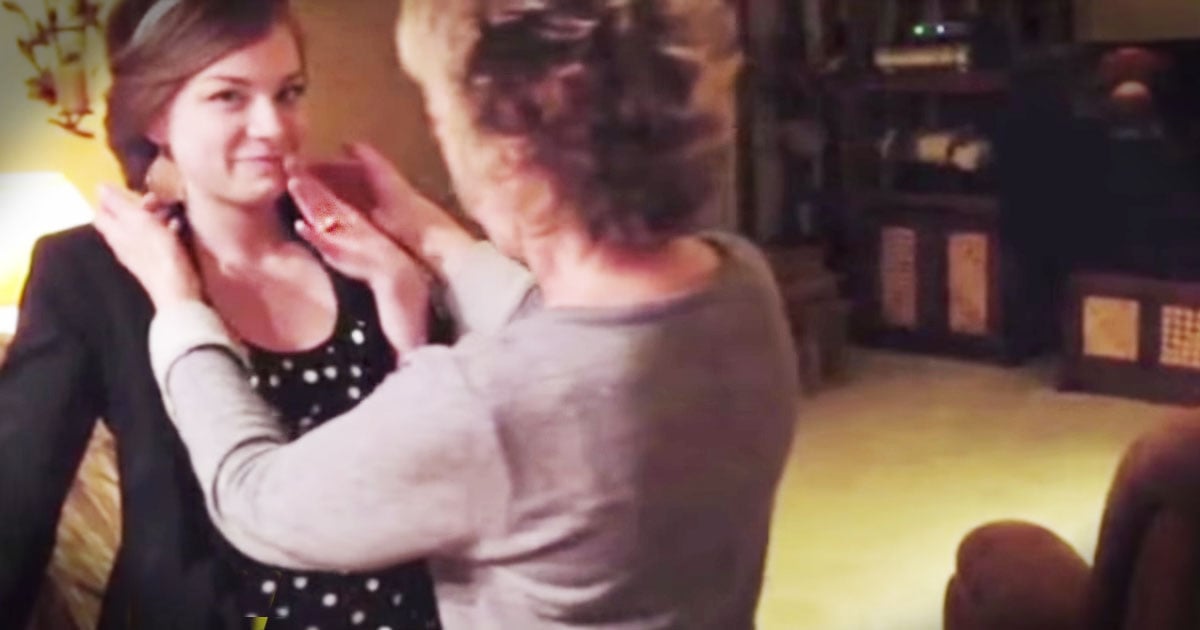 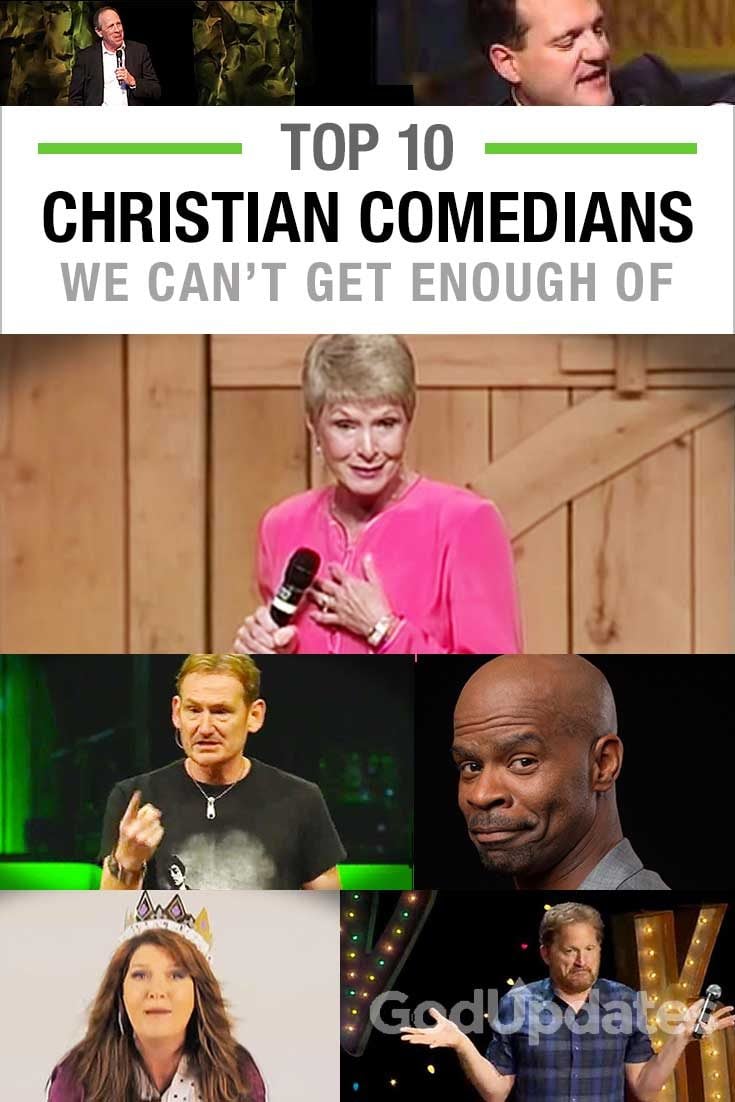 Christian comedians are a rare breed. While many comedians may try to make us laugh, Christian comedians crack us up without all of the foul language or worldly views that others use. The world needs more positivity and laughter, and so we’re grateful for these gifted comedians who can brighten even the darkest day! 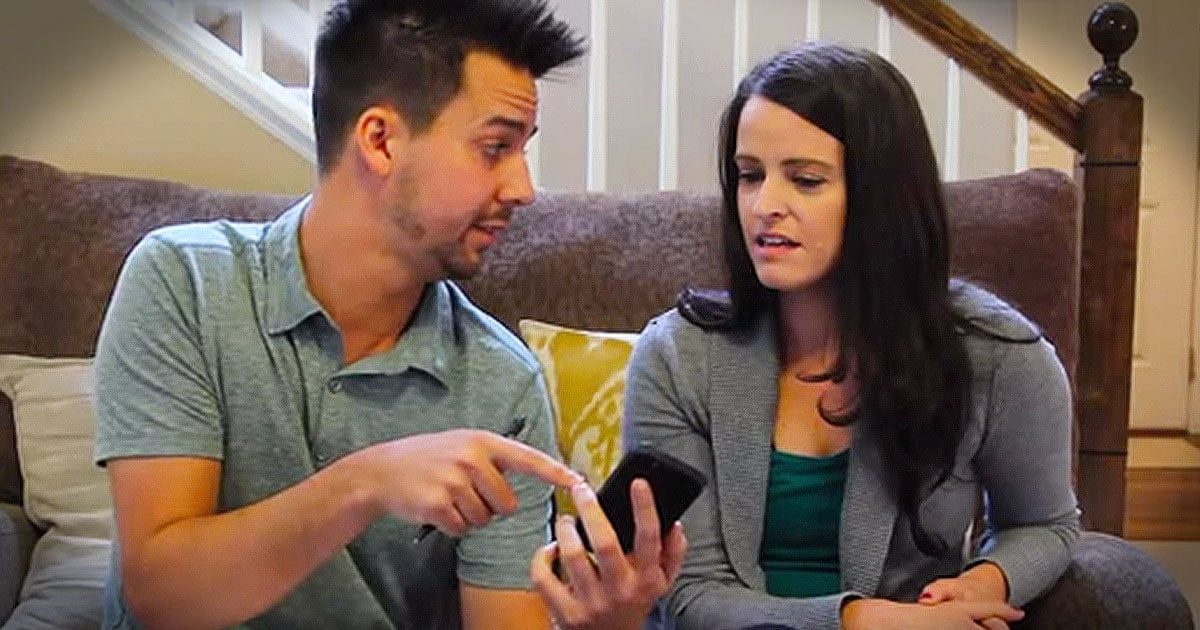 "It’s only a matter of time until John Crist is a household name…he’s unbelievably talented." — Louie Anderson

Whether he’s poking fun at dating, social media or road rage, Christian comedian John Crist always cracks us up with his hilarious take on modern living.

When asked how he became interested in comedy, John jokes about his childhood saying, "Shoot, I grew up in the south. My dad is a pastor, and I was the third of eight homeschooled children. Coming from a background like that, how do you NOT write jokes?!"

But as for how he got his big break?

"I started off as the announcement guy at my church after college. Of course, it became more about telling jokes than communicating actual information. Most of the time the pastor had to come out and apologize for me," John laughs.

When the road rage doesn’t match the playlist pic.twitter.com/7d2IsWD5FP 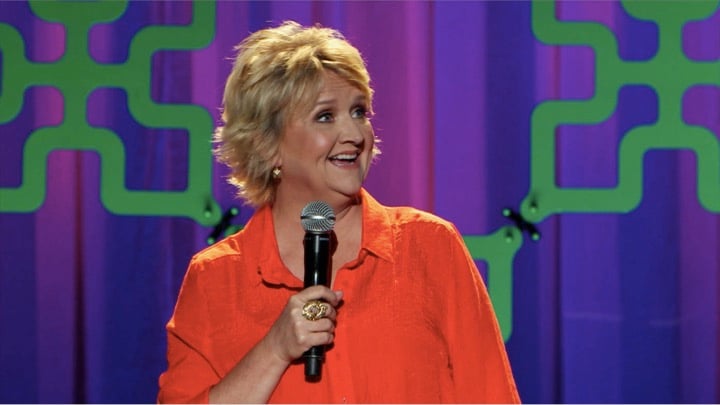 Billboard magazine dubbed Christian comedian Chonda Pierce the ‘country comic’, and this Emmy award-winning stand-up comedian and best-selling author has proved that she can keep a crowd in stitches for more than 2 decades!

Chondra got her start working in Nashville at Opryland Theme Park where she performed as Minnie Pearl, the classic Grande Ole Opry star. Chondra claims she was a terrible dancer and being told by her boss to "find a new talent” so she began memorizing comedy scripts. The rest, as they say, is history!

Read about this brave woman strongly stood by her husband’s side through his battle with alcoholism in her touching testimony. 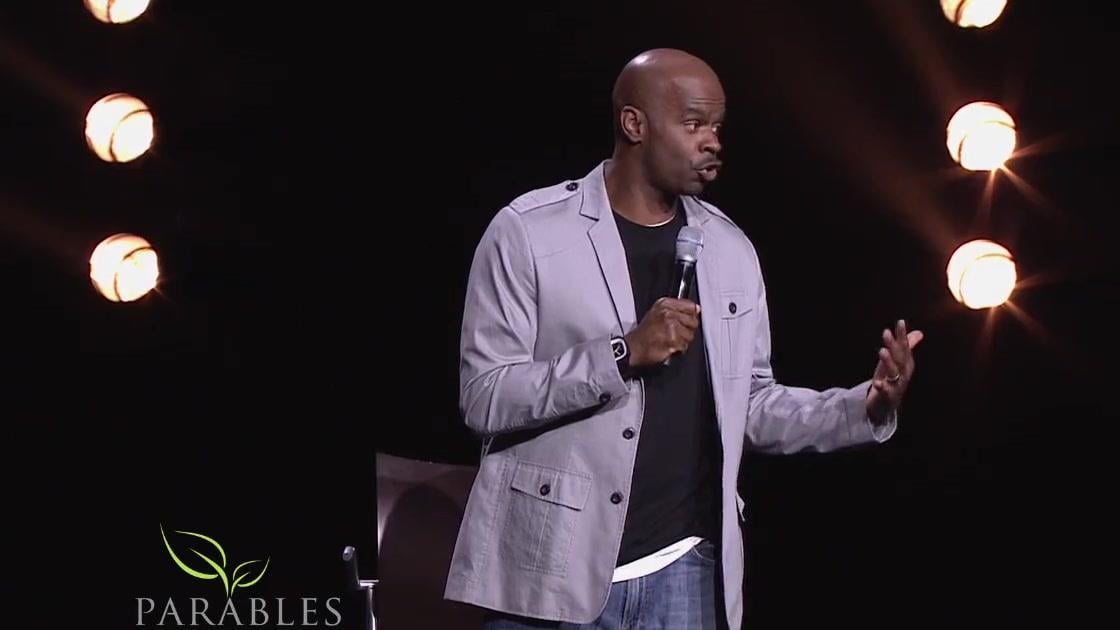 You may recognize Christian comedian Michael Jr. from the movie War Room or his appearance on The Tonight Show. But before that this funny man got his start in the most unusual way.

One day, Michael was in a theater watching a movie when the projector broke and the film snapped. The crowd was getting restless waiting on the film to restart, and friends dared Michael to get on stage and entertain the audience. When theater management came and asked him to step down, the crowd actually demanded that Michael stay and finish his routine!

Jeff Allen has starred in comedy specials on Comedy Central, Showtime and VH1, and he has been in the spotlight for more than four decades. But perhaps it is his coining of the phrase Happy Wife, Happy Life, and his telling of a marriage that went wrong and was redeemed that was his most impactful work, giving encouragement to millions of people thru the gift of laughter. 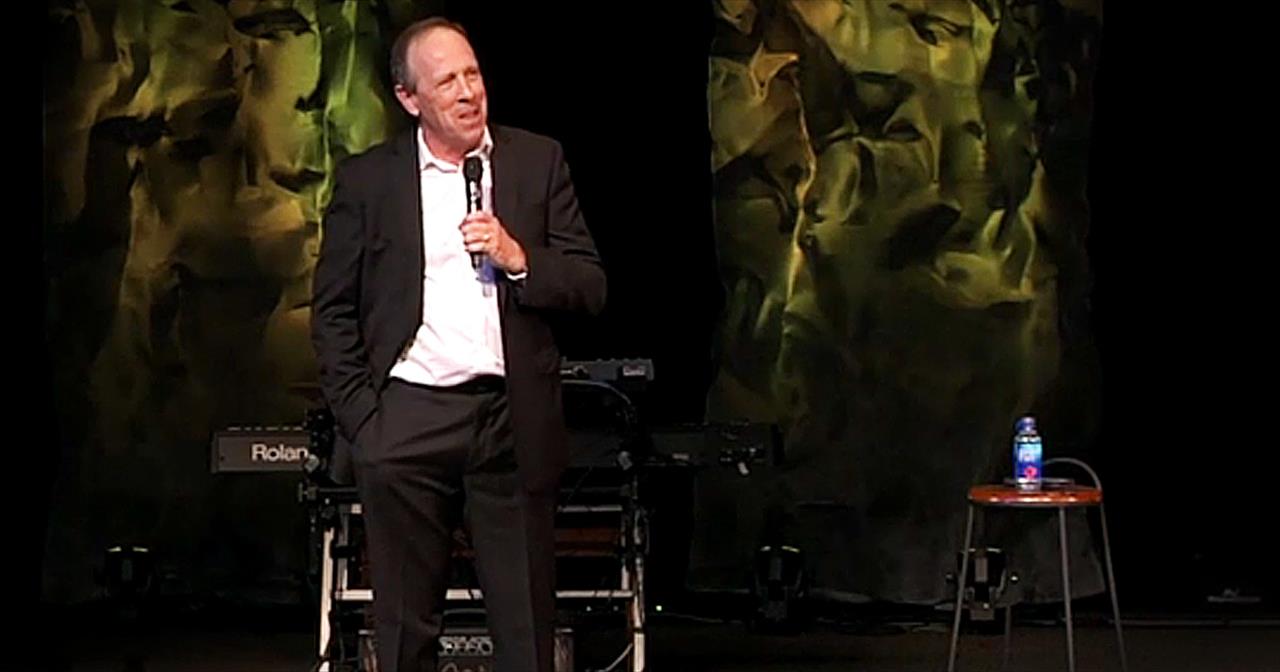 Mark Lowry is a multi-talented comedian who has also served as the baritone singer for the Gaither Vocal Band for more than 20 years. Mark co-wrote the modern-day Christmas classic, Mary Did You Know?, which has been recorded by more than 400 artists including Reba McEntire, Clay Aiken, Kenny Rogers and more.

Something I noticed while visiting Mexico: A smile doesn’t need an interpreter.

Watch as Mark talks about his Nanny, Paw Paw and the Baptist rapture in this video of Mark Lowry! 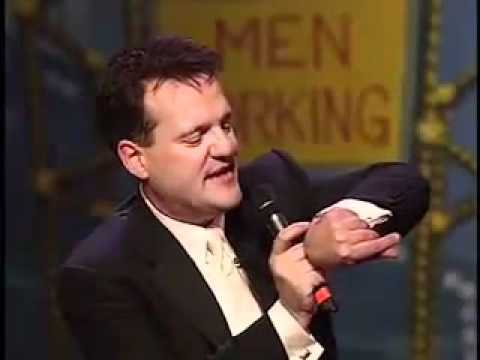 Tommy Woodard and Eddie James are The Skit Guys. They have been best friends since high school. To envision who they are, think of them as the wise guys in class who had everyone laughing and managed to make a career out of it. They’ve been teaching God’s word using comedy, drama and whatever category ‘talking action figures’ fits into for more than twenty years.

Anita Renfroe is probably best known for her musical parodies filled with pop culture references. This sassy lady is not just hilarious, she’s all about girl power. Whether she’s rocking black spandex to remind us to love our bodies in ‘All The Wrinkled Ladies‘ or rapping the truth about living ‘In The Motherhood‘ this funny Christian comedian will surely bring a smile to your face! 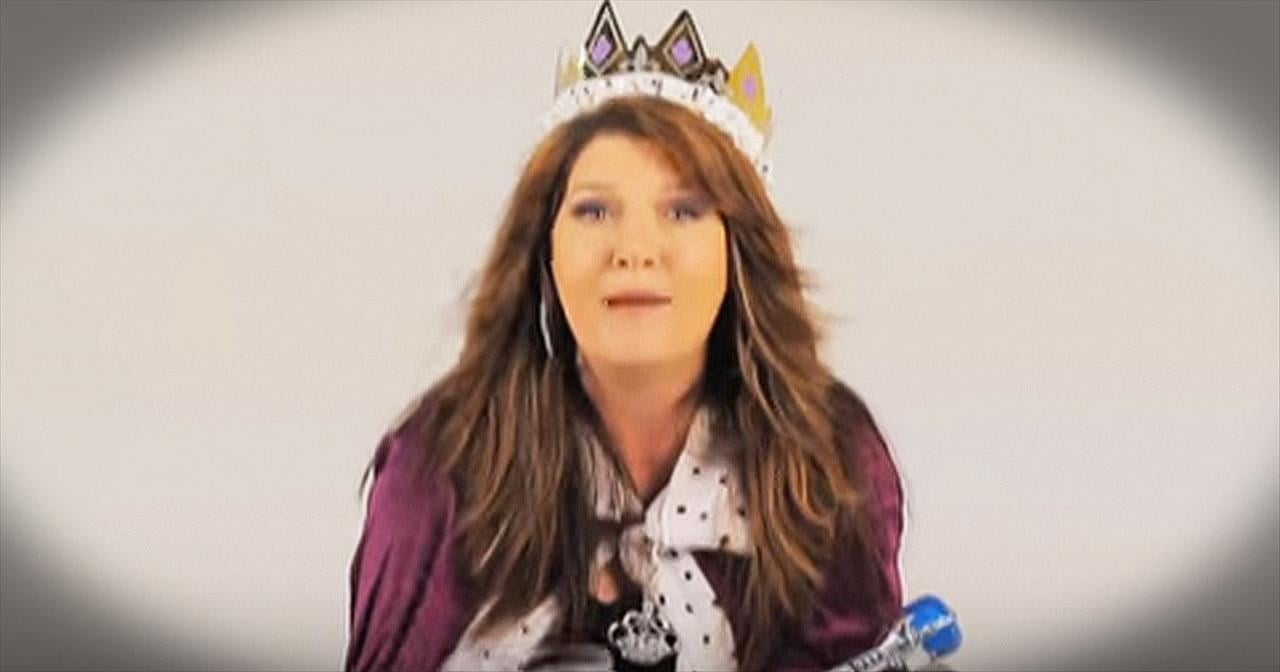 Bob Smiley entered his first stand-up comedy contest when he was in college. He nervously took the stage and then learned that there was only one other contestant–who took the stage without an act! That win was enough to bolster his confidence to keep trying, eventually landing him with a job as the MC for bands like Newsboys, Third Day, and Mercy Me. Now, he’s widely known as one of the most in-demand ‘clean’ comedians in the business, and performs to huge crowds who love his fast-paced antics.

I may have a Pokemon go problem. I just taped my iPhone to my Roomba so I could hatch all my eggs.

WATCH: Bob Explains How To Watch TV And The Strange Things Parents Have To Say

“It’s not like I have a choice. Comedy is my only life skill.”
–Tim Hawkins

Tim Hawkins describes his comedy style as one part gifted and two parts twisted. This talented musician leaves folks rolling in the aisles with his quirky brand of musical parodies. From parenting and homeschooling to marriage, Tim’s hilarious take on our everyday lives made him the #1 searched artist on GodTube.com for years. 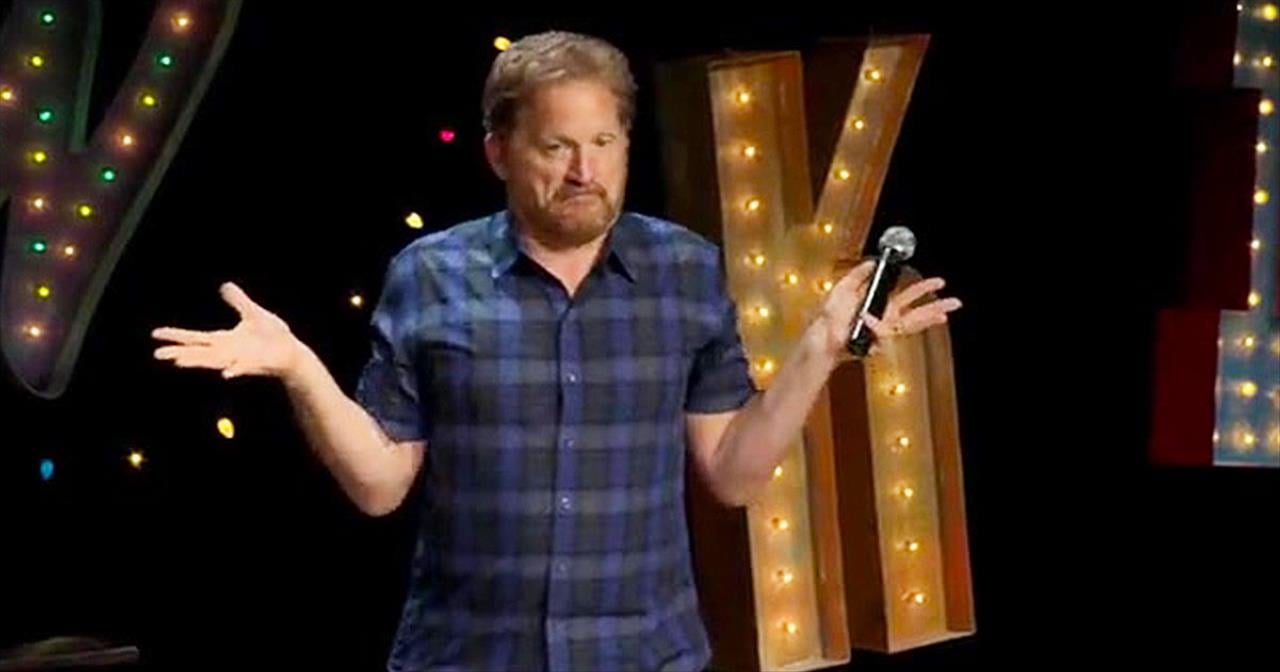 When they first told Jeanne Robertson that she’d gone ‘viral’ online, she replied, "I don't think so, I've had all my shots?!" This 6’2″ former Miss America contestant won the Miss Congeniality title yeeaaars ago, as she likes to kid, and she’s been charming audiences ever since.

Jeanne consistently delivers the laughs with hilarious anecdotes from her life with her husband, whom she affectionately calls ‘Left Brain’.

Twitter thinks that I should be following Barbie… Maybe Ken is Left Brained? #cwc #sillyTwitter #humor 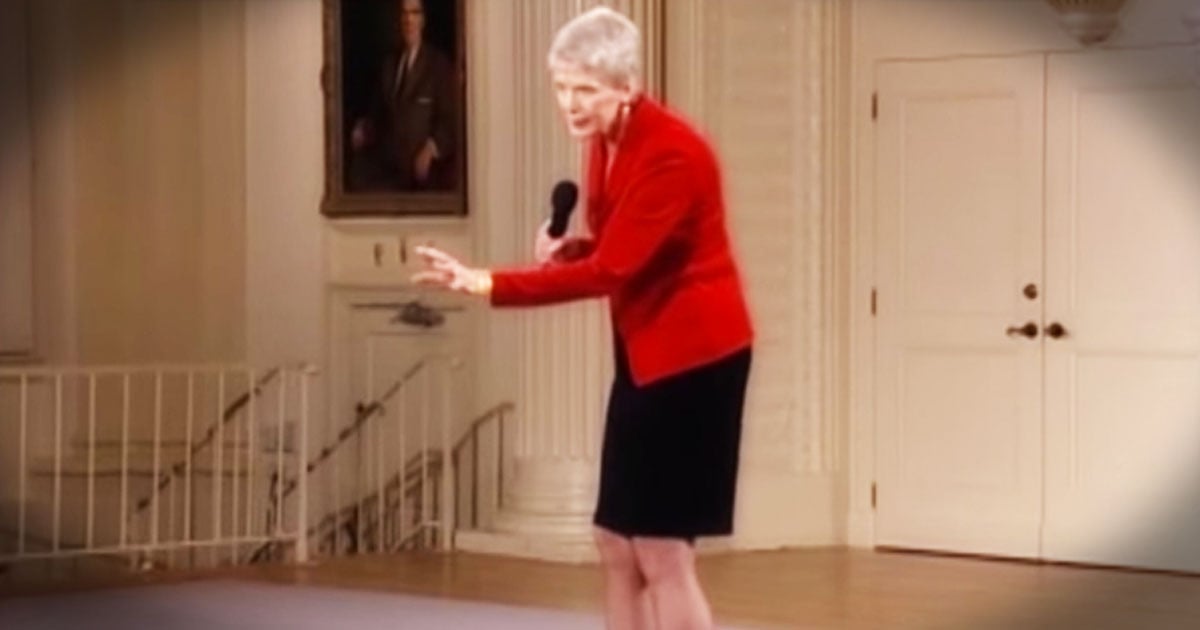