Missouri mom Lauren Flaugher thought nurses must be joking when she first met her baby boy, Finnis. That’s because the 13-pound baby delivered naturally was too big for the delivery room scale, despite being a newborn!

As Lauren Flaugher of O'Fallon, Missouri awaited the arrival of her second child with husband, Joe, they expected a larger baby. The 20-week ultrasound suggested as much.

"They said, ‘He's showing a little big,' " Lauren recalled. "A midwife did the measurement and we thought maybe he would be at most a 10-pound baby."

Even the day before Lauren delivered, the delivery team guessed baby Finnis’ weight at 10 pounds. But boy did God have a big surprise in store for the couple! 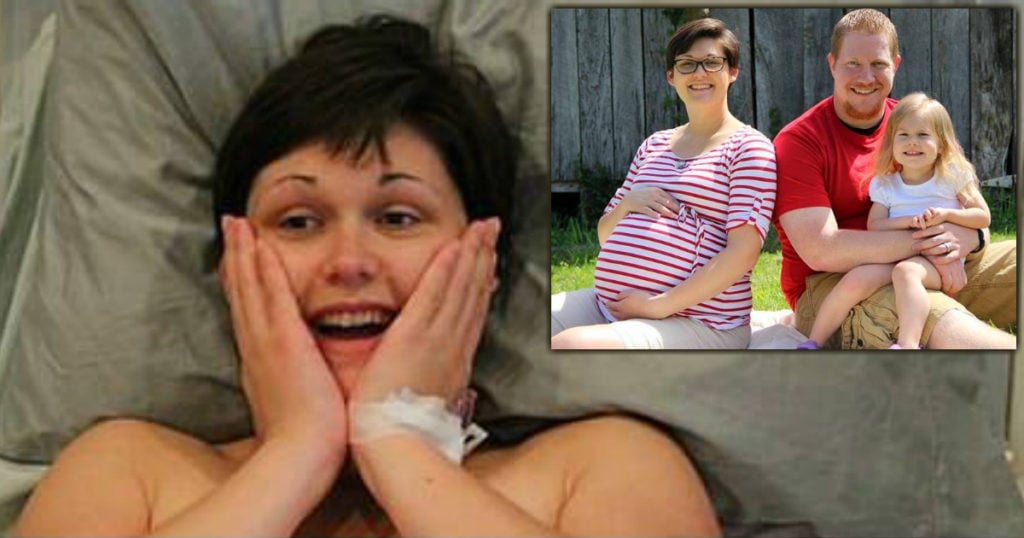 Lauren aimed to deliver her not-so-little miracle the old-fashioned way. She wanted a natural birth, meaning she would deliver without the assistance of any drugs.

While women have been giving birth this way for centuries, these days, forgoing any pain medication during labor is an impressive feat all by itself. And while Lauren knew she carried a larger baby, she had no idea just how big her son really was!

The way God designed women’s bodies is truly amazing. And this brave mom powered through the intense labor on May 3 to give birth to her son Finnis, a 13-pound baby delivered naturally.

“it was really intense - I felt very aware of what was happening to my body," Lauren said.

But as the nurse tried weighing their newborn, Lauren Flaugher and husband Joe got quite the surprise.

"She turned to me and said, ‘this isn't going to work.' At first, I thought maybe they were trying to joke with me," she said.

But this was no joke! Baby Finnis was simply too big for the spring scale usually used to weigh newborns. Instead, they had to bring in a digital scale, which marked the baby’s weight at 13 pounds and .5 ounces!

"I kept saying, ‘This can't be right. This isn't real life,'” Lauren said. “It was pretty incredible."

Of course, their big miracle left Lauren and Joe overjoyed. Though larger than normal, baby Finnis was perfectly healthy.

"We feel very blessed," Flaugher says of their newborn son. "Finn has such a bright future, he can be whatever he wants to be."

Lauren received a ton of attention on social media as news of her 13-pound baby delivered naturally spread. But her loving husband was quick to praise his wonderful wife for more than just the incredible delivery.

"What the world doesn't know is that besides our children Finn and Aurea, she has had hundreds of children,” Joe wrote on Facebook.

Joe went on to explain Lauren’s admirable calling as a teacher, helping teach the English language to elementary school children who do not speak it as their first language.

“She has shed blood, sweat, and tears over hundreds of children. She has been tough enough to discipline them when they do wrong and caring enough to give them hugs and cry with them when they feel sadness. I've seen it all personally,” Joe explained in his touching tribute. “She has so much love in her heart that she has not only our own children but her hundreds of students.”

Joe wanted to call out his wife’s noble work so others could see her as more than just the mom who delivered a 13-pound baby.

"While our children are amazing and I love them more than I can express in words, I cannot fathom how much love must be in one’s heart to do what she does day after day,” he said. “While the story of the birth our son is wonderful, this is the story of my wife that should be shared for the world to see."

We have no doubt God has big plans for this beautiful family!