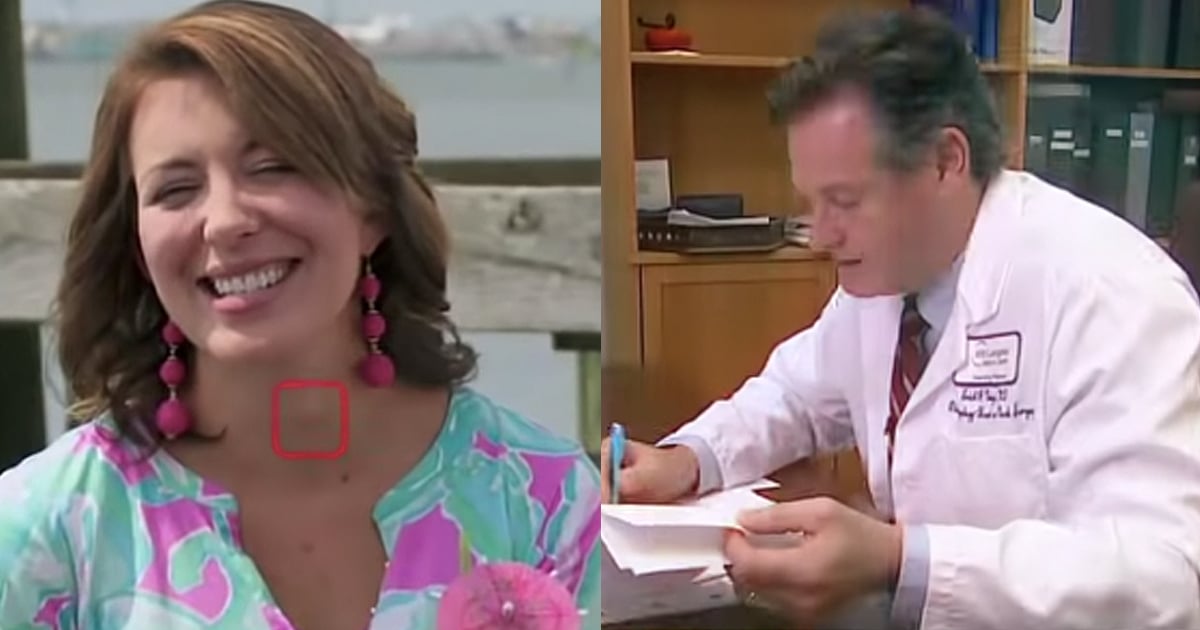 After a 6-inch screw pierced a boy’s skull in a freak accident, doctors say he was just a millimeter away from death. Some say the 13-year-old is lucky to be alive. But we know luck has nothing to do with it. Darius Foreman’s miraculous survival is all because of God!

13-year-old Darius Foreman was building a treehouse in the backyard of his family’s home in Maryland. The boy lost his footing and slipped and fell. But when he did, he also bumped a 5-foot long board.

As the board toppled over, it just so happened to land right on top of Darius’ head. But what made matters worse was the 6-inch screw sticking out of the board. The screw pierced the boy’s skull, digging right in between the two halves of the brain!

“I absolutely panicked,” his mom, Joy Ellingsworth, said. “It was very scary, one of the scariest things I’ve ever been through.”

Needless to say, Darius needed medical attention immediately. But getting him to the hospital was anything but simple.

Time was of the essence, but because the board stuck in Darius’ head was 5-feet long, rescuers couldn’t fit him into the ambulance! 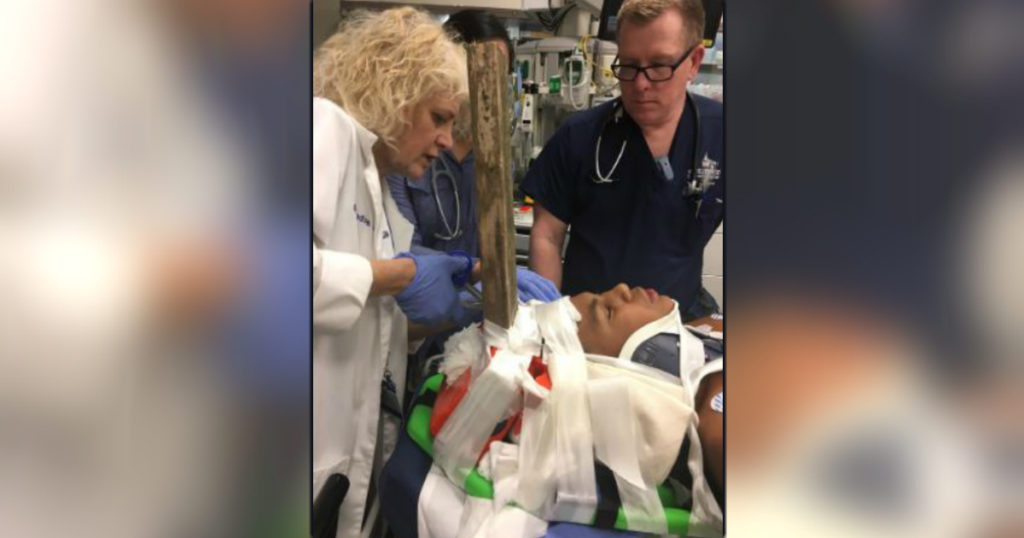 As they scrambled to come up with a solution, firefighters used the family’s saw to carefully cut the board down to 2-feet. Even so, the board still presented trouble for the first of two helicopters when rescuers airlifted Darius to Johns Hopkins Hospital.

Meanwhile, husband and wife Dr. Alan Cohen and Dr. Shenandoah “Dody” Robinson, both surgeons at Johns Hopkins, were at home when the call about Darius came in. The couple rushed in to perform a tense and risky surgery.

“We were on pins and needles,” Dr. Cohen said.

Dr. Robinson kicked off the two-hour surgery. She went in first and delicately removed the bolt and board off of Darius’ head. She left the screw for her husband and his team. 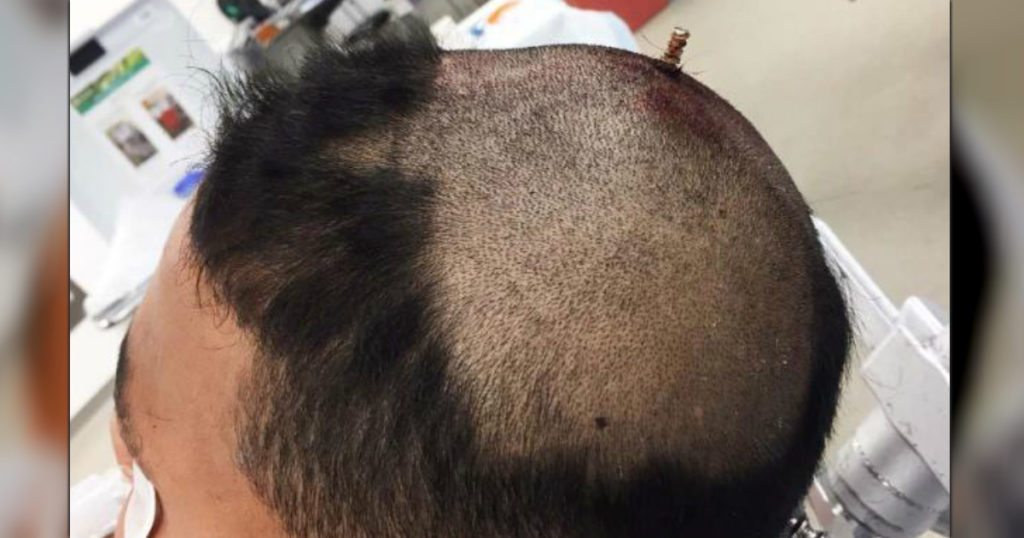 Looking at the Darius’ X-ray, Dr. Cohen marveled at how close the boy had come to instant death. The screw stopped just shy of rupturing the superior sagittal sinus — the largest channel that drains blood and other fluids from the brain.

RELATED: God Credited When Boy Comes Back After Parents Sign Forms to Donate His Organs

And as Dr. Cohen removed the screw and cleaned out tiny fragments of bone and a small blood clot, he couldn’t believe how close this boy had been to “catastrophic” injury.

But luck had nothing to do with it.

People often use the term “inches from death.” But this 13-year-old boy was way closer than that.

“He was a millimeter away from having himself bleed to death,” Dr. Cohen explained. 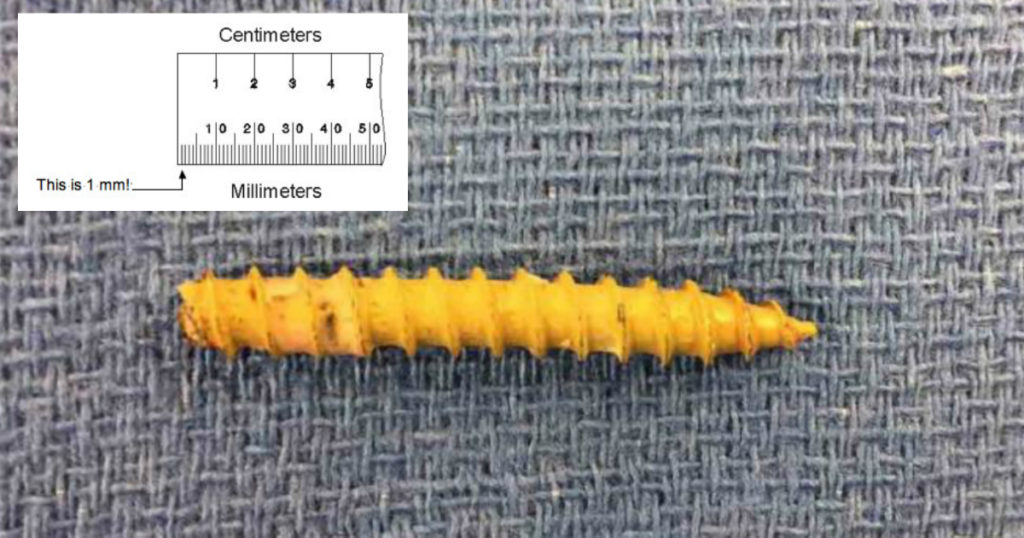 Considering all the factors, including the fact that rescuers had to cut the board with a saw, there’s no way you can chalk this up to chance. This was a miracle!

Thankfully, the operation was a success and Darius left the hospital a few days later on his birthday. The doctors let him take the screw with him — a reminder of the amazing gift God gave him — his life!

And despite experiencing this real-life bizarre story, Darius hasn’t lost his sense of humor. When asked what he learned from the freak accident, he replied:

What an incredible miracle. God clearly has bigger plans for this boy!

YOU MAY ALSO LIKE: 4 Years After Surgery, Army Veteran's X-Ray Reveals Doctors Left A Surgical Tool Behind