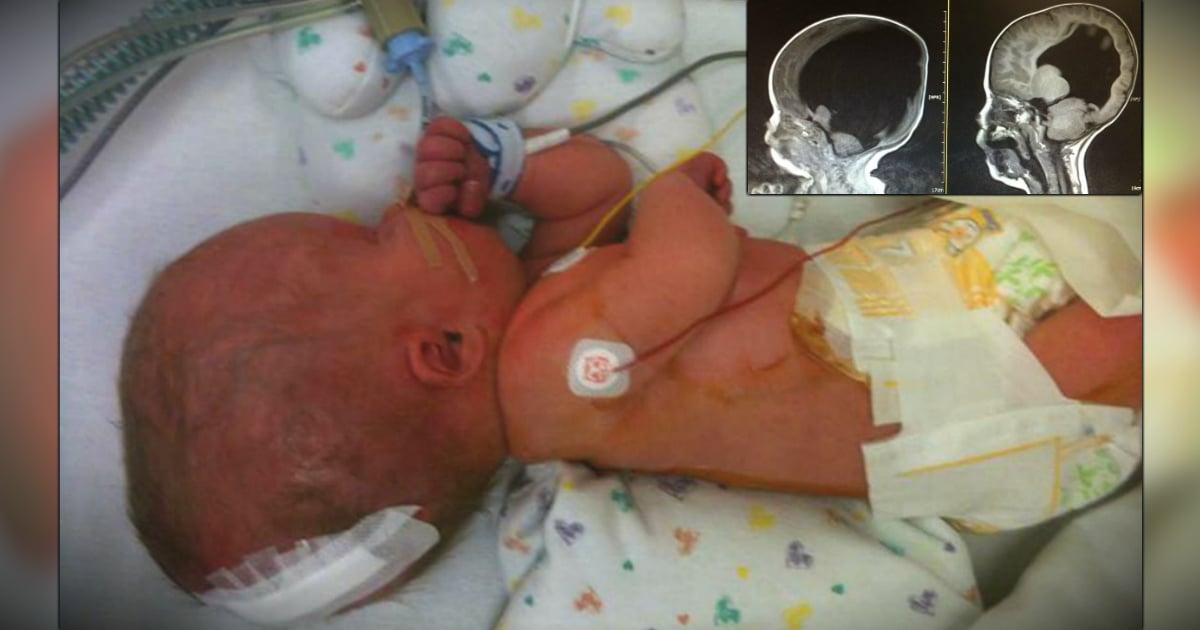 God works in mysterious ways. When Jeffrey Shaw-Peek fell backwards down a flight of stairs onto a concrete landing, he hit the back of his head. The impact would have most certainly proved fatal, except for the fact that his skull cracked in half. And God used that crack to save Jeffrey’s life!

Jeffrey is tall. The 17-year-old is 6-feet, 2-inches tall, to be exact. And as he climbed the stairs at his girlfriend’s house, like many teens, it’s believe he was looking down at his cell phone. It’s an important reminder for all of us of just how dangerously distracting technology can be.

Jeffrey he didn’t see that his head was moving right towards a light fixture. He smacked right into it, which sent him falling backwards down the stairs.

The teen thumped onto the concrete landing below. His head smacked the concrete and the base of his skull cracked in two. As terrible as it sounds, that crack was the best thing that could happen during the fall.

How A Cracked Skull Saved Him

Jeffrey’s girlfriend called an ambulance, which took Jeffrey straight to the hospital. When his parents arrived, doctors took them to a private room. They were expecting to hear their son had a concussion. But the news was far worse. Doctors were prepping him for emergency surgery.

Ryan Meister and his wife, Meaghan, could scarcely believe what they were hearing. Jeffrey’s head injuries were extensive. Beyond the skull fracture, he bled around his brain and from places inside it. He also had a stroke. But God was definitely at work!

The danger came from all of the swelling. It was so severe it was pushing down on Jeffrey’s brain. Initially, doctors didn’t think the teen would survive. 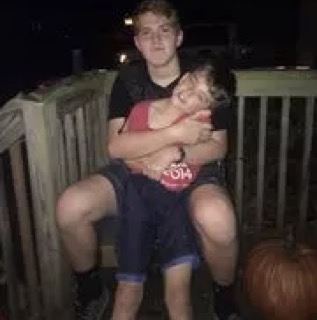 Jeffrey with his younger brother before the accident Credit: Lansing State Journal

But the fractured skull turned out to be a blessing, allowing for some reprieve from the swelling.

“If his skull had not cracked, he would be dead right now,” Jeffrey’s step-dad, Ryan said. “It relieved the pressure from the blood building up in his cranial cavity.”

Within an hour of his arrival at the hospital, doctors removed half of Jeffrey’s skull, relieving the pressure from the swelling.

“That’s the only reason he’s alive,” said Stephen Guertin, the medical director at the hospital.

Usually, when the hospital sees head trauma like this, it’s almost always fatal. But this time was different. Stephen says sometimes doctors use the term “miraculous” to describe an unexpected recovery.

RELATED: A baby boy not expected to live gets a miracle

For the first five days after the fall, Jeffrey was in a coma, on a ventilator. The family took shifts, making sure someone was always by his side.

“We had sat by his bed constantly, talking to him. We thought we’d lost him for a while,” Ryan recalls.

But Jeffrey finally woke up, muttering the words “mom” and “dad.”

In the following days, doctors removed the feeding tube and ventilator. With some assistance, Jeffrey began sitting up. And the progress has only continued. Jeffrey is talking, moving his hands, and has even taken a few steps with help from the medical staff.

Doctors aren’t sure exactly what kind of damage will remain from Jeffrey’s injuries. They warn he may need assistance for the rest of his life. But Stephen says the progress Jeffrey’s already made is remarkable.

As for Jeffrey’s parents, they know his recovery is in God’s hands.

“Miracles are out there,” Ryan said. “We’re never going to give up hope. We’ll push him to do things on his own.”

And if it’s God’s Will, there’s no doubt Jeffrey will make a full recovery. Jeffrey’s family is trusting in Him and Him alone!

Baby born with virtually no brain makes a miraculous recovery! 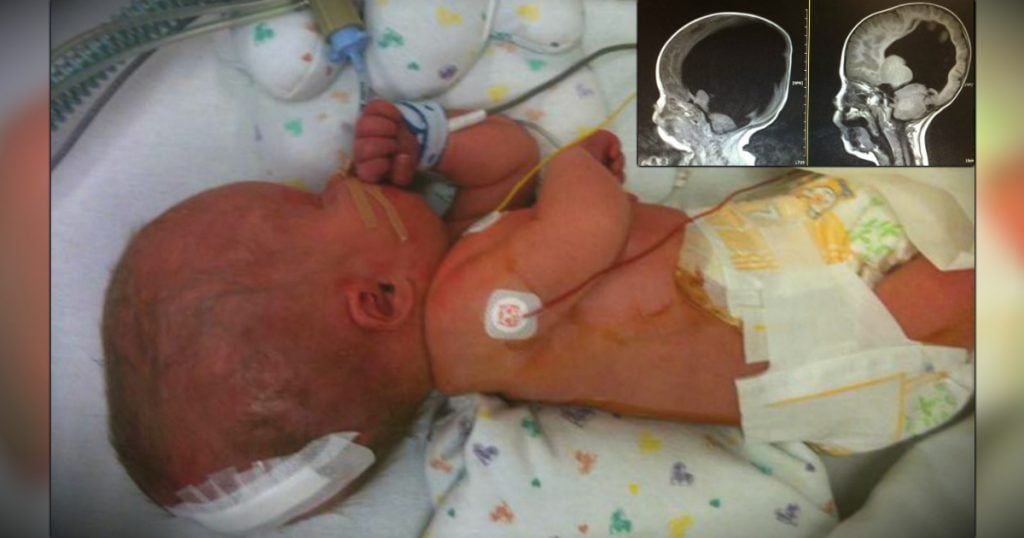