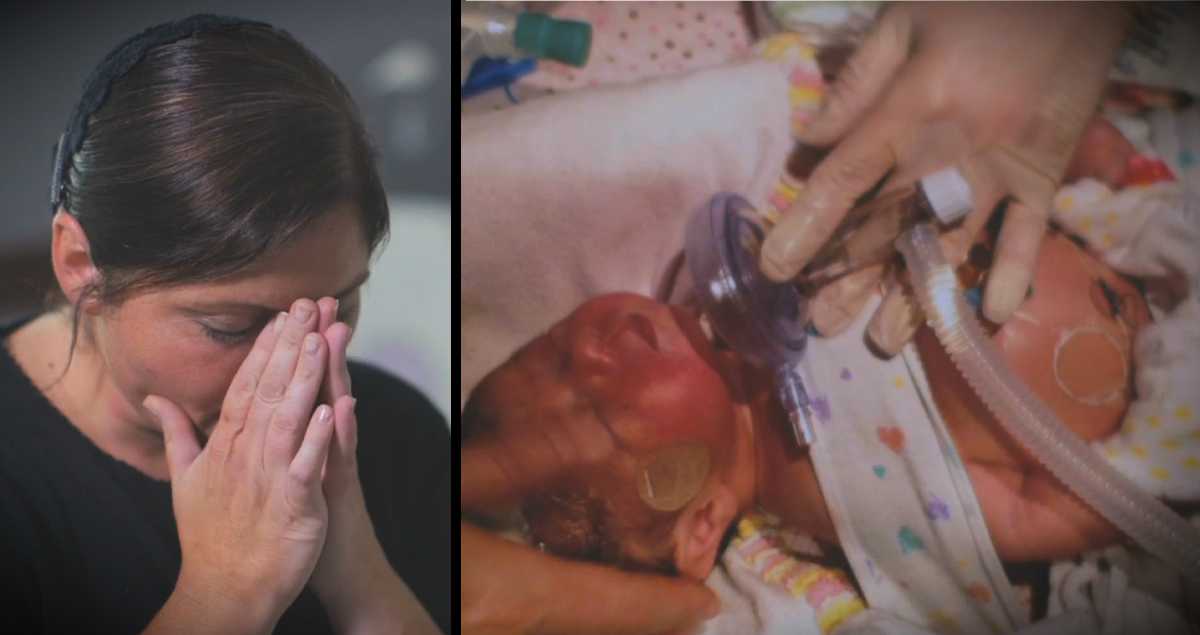 Miraculous Transformation For Baby With Brain Growing Outside Of Skull

Mary and Mark Gundrum received exciting news at Mary’s 20-week ultrasound — they were having a boy! But terrible news immediately followed. Their baby boy, Dominic, suffered from a rare disorder — encephalocele — that had his brain growing outside of his skull. Doctors suggested an abortion, since odds were the disorder would either result in death or severe disability. But the couple chose to place their baby’s fate in God’s hands. And He sent an incredible miracle!

Mary and Mark are devout Christians. Already the parents of seven children, one thing was for sure when doctors broke the devastating news. They weren’t aborting their son.

“That's my child. It's that simple. I'm not going to take the life of my child,” said Mary.

Still, the grim outlook was terrifying. Mary turned to the internet to do some research on her son’s disorder. But each case she found only added to her worry.

“I couldn't find any message of hope," she said.

But through her searching, God led Mary to Dr. John Meara, the plastic surgeon in chief at Boston Children's Hospital. He had some experience with encephalocele, so Mary emailed him Dominic’s ultrasound. And while his response brought more bad news, it also brought hope.

From the ultrasound, Dr. Meara saw that Dominic’s rare disorder wasn’t his only problem. He also had a Tessier facial cleft, a large, triangle-shaped gap running from his upper lip through the middle of his nose and forehead. Essentially, the two halves of Dominic’s face never came together, leaving even more room for his brain growing outside of his skull.

Dr. Meara called it an “exquisitely rare” combination of two diagnoses, and a case in which most parents opt to terminate the pregnancy. But in the midst of all of the bad news, Dr. Meara had these words, too.

RELATED: Bullies call a boy with his brain growing into his nose ugly, but his mom says he’s perfect

Dominic was born via c-section in June. Though his condition left his face severely disfigured, he came out a healthy 8 pounds and completely responsive as a newborn should be. And as you’d expect, his family was overjoyed!

The rare combination of encephalocele and Tessier cleft created several complications, but there was some good news, too. The bubble growing out of the gap left by his cleft was filled mostly with fluid, rather than brain growing outside of his skull.

Doctors immediately began developing a plan of attack for the best way to help the little boy, starting with a complex surgery in December. And soon, Mark and Mary’s fear was replaced with hope!

RELATED: Miracle baby shocks doctors when she’s born with more water in her body than blood

Dr. Meara collaborated with Dr. Mark Proctor, a neurosurgeon at Boston Children's Hospital to plan the surgery that would remove Dominic’s encephalocele, close his skull, repair the Tessier cleft, and bring the baby's facial features together. The complex procedure came with its fair share of risk, something Dr. Meara didn’t take lightly.

"I had a lot of sleepless nights," Dr. Meara recalled, "because so many things can go wrong in a case like this."

But God is good, and the operation was a success!

There were some complications following the surgery, and little Dominic spent several weeks battling in intensive care. But the little warrior pulled through, and went home to Wisconsin to be with his family a month after the surgery.

Since then, Dominic has been doing just great.

As a result of his condition, part of his brain is missing — the corpus callosum. This connects the left and right hemispheres of the brain and is responsible for transferring motor, sensory, and cognitive information between the two sides. But aside from taking longer to fully develop his walking and talking skills, Dominic is a happy, healthy little boy.

And what a blessing that after all of the odds stacked against him, this little angel is more than surviving, but thriving! It’s a miracle is not lost on his loving family.

"The day Dominic was born, a group of friends had a tree planted in our yard in his honor," says Mark. "I remember thinking, 10 years from now, I'm either going to look at that tree and think of the son I lost, or watch him climb its branches. Right now, thanks to so many wonderful people at Boston Children's and beyond, I'm excited to watch him hanging from that tree as they both grow bigger and stronger."

This little angel was born with half a heart, and the sweetest smile! 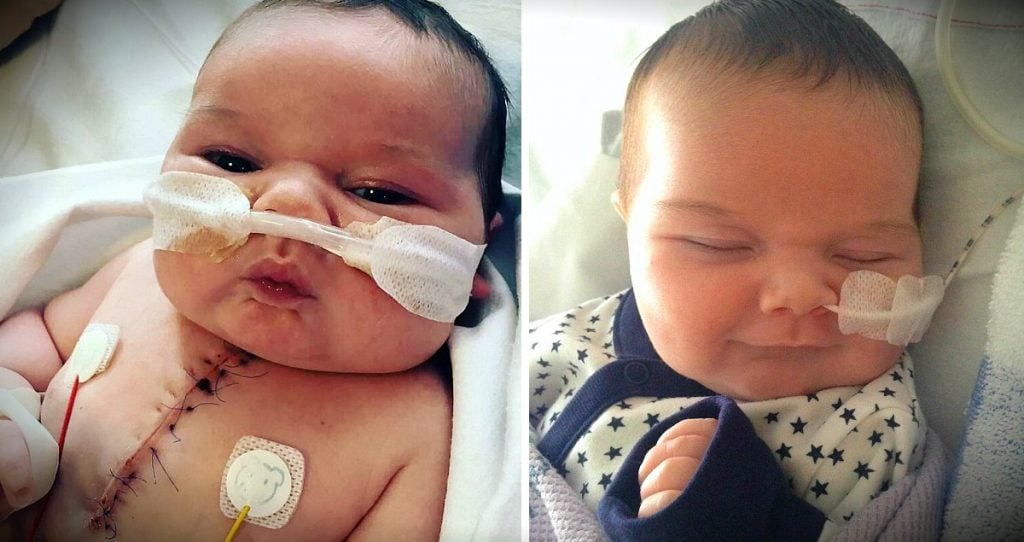