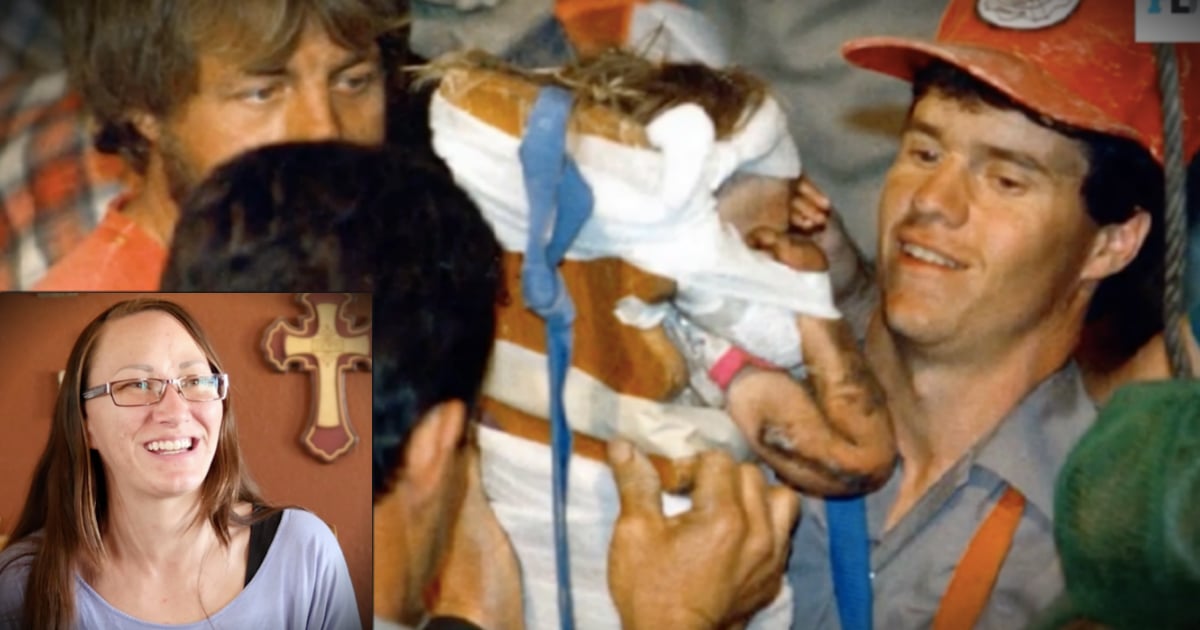 Baby Jessica 30 Years After The Well, Declares Her Life a Miracle
Read Article »

Poppy Smith was born a tiny warrior. As a preemie, she had to fight to survive right away. After overcoming so many obstacles in her first year of life, the baby girl suffered hypoxic brain damage at two. Doctors didn’t think she’d survive, let alone ever walk or talk. Then everything changed when her big sister blew kisses on her belly!

Poppy came into this world fighting. Born at 29 weeks, she weighed just 2 pounds and spent three months on a neonatal ward. When she finally went home with her parents, Amy and Stephen, things still weren’t quite right.

Her parents noticed little Poppy often dribbled her food. Doctors diagnosed her with Moebius syndrome, a disorder where the facial muscles don’t work properly. Doctors warned Amy and Stephen that Poppy’s development could very well be delayed. In fact, they said she may never walk or talk normally.

RELATED: A premature baby with feet the size of pennies defies the odds and beats meningitis

But this little angel wouldn’t be stopped that easily!

“They said that she might not walk or talk, but she started walking at 15 months, which is quite average for a premature baby,” her dad said. “It was amazing to see her doing all those things.”

By Poppy’s first birthday, they were able to remove her feeding tube. Each day she grew stronger, and her progress amazed her doctors.

But her battle wasn’t done yet.

After turning one, Poppy was doing great. But then, just a few days before her second birthday, things went terribly wrong. 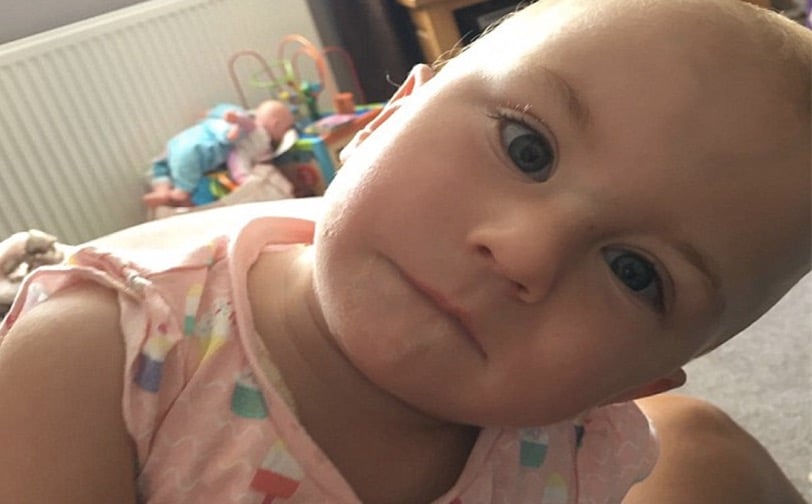 Amy went to wake Poppy and couldn’t get the little girl up. Nothing she tried snapped little Poppy out of it.

“We could feel her heartbeat, but she was unresponsive,” Stephen recalled. “We knew there was something seriously wrong. She was breathing but she was sort of gasping for air.”

RELATED: Their baby girl was supposed to die, but the family prayed for a miracle

They rushed Poppy to the hospital, and by the next day she was doing much better. But two days later, on her second birthday in December, things again took a nasty turn.

“Her eyes were starting to roll to the back of her head,” said Stephen. “A chest x-ray showed that her lungs were full of fluid and she had another respiratory arrest. That night she started to develop twitches and seizures. She was deteriorating fast.”

Doctors were able to get Poppy breathing on her own again. But the little girl remained unresponsive. She didn’t react to anything, even when doctors shone a light into her eyes. 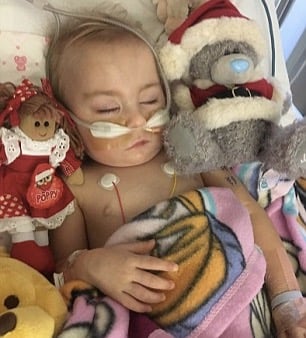 “We held her, but she was just staring right through us,” Stephen recalled. “I’ve never felt pain like that in my life. The heartache was unreal.”

By now, it was Christmas. The family attended Christmas services, praying for a miracle. Amy, Stephen and Poppy’s siblings — sisters Elisha and Macey, and brother Alfie — returned to the hospital to spend the holiday with their little girl.

And that’s when their prayers were answered!

The family gathered around Poppy, doting over the little girl. Macey leaned over Poppy and the big sister blew kisses on her belly. Some people call it blowing raspberries.

Nothing got through to Poppy before. But suddenly, the playful act changed everything — Poppy laughed!

“It was astonishing,” Stephen said. “Then there were little twitches on her arms and legs. Doctors said it could be spinal reflexes, but I felt like it was so much more.”

It certainly was much more. It was a miracle!

And Poppy proved it by continuing to get better each and every day. 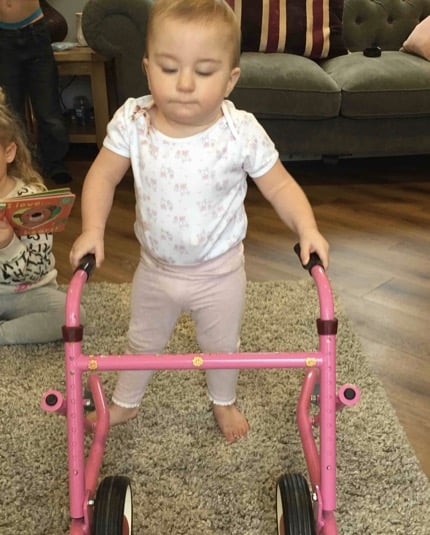 She just kept improving, learning to speak and crawl all over again.

“We couldn’t believe it. It’s been just eight weeks. It’s incredible. She’s progressed so much,” her dad explained. “The doctors are baffled. They say that she shouldn’t be doing what she is doing. They are so glad she is, but they didn’t think she would. She’s proving them all wrong.”

This little fighter has proven yet again she won’t let anything keep her down. And how sweet that after her big sister blew kisses, God would use that loving moment to send a miracle!

Friends, family and strangers have been raising money for Poppy so that her parents can move her to a rehabilitation facility. There, she will get intense physical therapy to help her regain more and more mobility.

We’ll continue to be praying for little Poppy and her progress. God’s clearly given this precious child a special purpose!

YOU MAY ALSO LIKE: Baby Born With No Heartbeat Gets A Miracle When His Mom Nurses Him