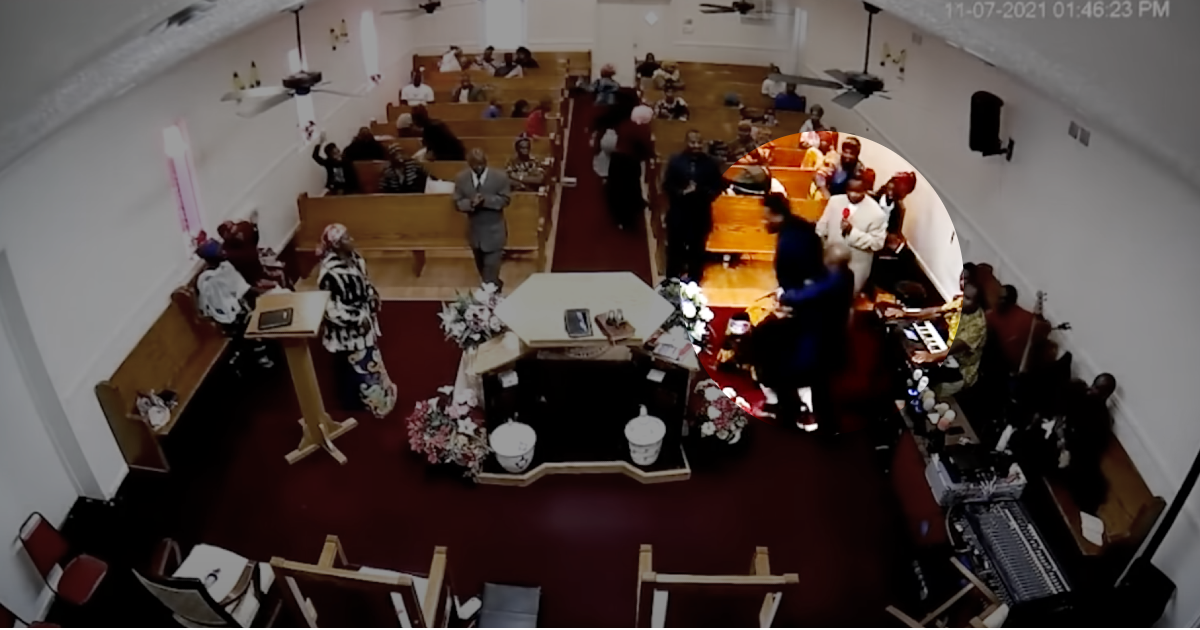 A 77-year-old fights off a mugger with his bare hands in this awe-inspiring video. And the criminal quickly realizes he misjudged this elderly man!

77-year-old Trevor had pulled up to an ATM machine in the early morning hours to get some cash. As soon as he puts his wallet into his back pocket, he heads for his car.

RELATED: 3 Punks Mistake Gas Station for an Easy Target but Weren't Expecting the Brave Marine Inside

But then a young man walks into view of the surveillance camera and the suspect assumes Trevor is the perfect target for some easy cash. How hard can it be to disarm an old man? The suspect, dressed in a black and yellow vest, suddenly grabbed Trevor by the collar.

Trevor reacted quickly. He wasn't about to let this ‘would be' mugger get away with hurting him or taking his money. This frail older gentleman quickly morphs into a boxer ready for the fight of his life.

Trevor then grabbed his attacker in a shoulder lock as the two scuffled. He continues to hang on tight while being light on his feet and he manages to get in a few punches and jabs.

The attacker realizes Trevor isn't someone he should've messed with because he pulls out a sharp object which looks like a knife and attempts to stab Trevor. But Trevor manages to evade the knife as he ‘floats like a butterfly and stings like a bee.'

Trevor is not about to lose this fight. In fact, he's ready for more. As he starts to gain the upper hand, it seems like he's telling his attacker, "Bring it on! I'll give you a knuckle sandwich!"

Eventually, the attacker runs off leaving Trevor rattled but unharmed. The 77-year-old man successfully fought off the mugger with nothing but his bare hands!

Thank God for protecting this man and giving him the strength and courage to fend off this attacker. We're so incredibly impressed Trevor is safe and sound. This is truly what heroes look like.

YOU MAY ALSO LIKE: Muggers Targeted A 77-Year-Old Granny And Regretted It Immediately

"Blessed be the LORD, my Rock, who trains my hands for war, my fingers for battle. 2He is my steadfast love and my fortress, my stronghold and my deliverer." Psalm 144:1