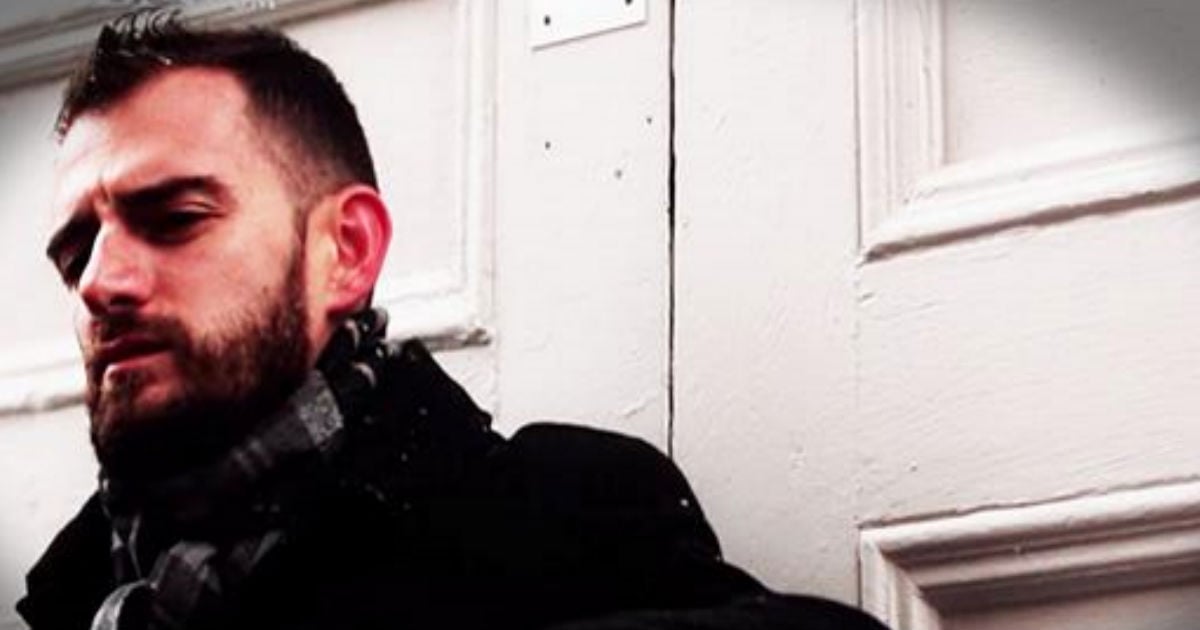 I’ve said it before and I’m sure I’ll say it again…”God, give me a sign!” We desperately need and WANT to hear from God. Life is hard and sometimes decisions are just too big to be made alone.

Matthew 7:7 says it best, “Ask and it will be given to you; seek and you will find; knock and the door will be opened to you.”

One day shortly after we moved in as I was watching all the cars drive by our house, I felt a strong conviction to put a sign out by the road that said something about God. Then I thought, that's crazy.

Later that week as I was mowing the tall grass in my new backyard, I heard a thump as the mower went over the grass. I backed up to see what made the sound and it was half a sheet of plywood. I thought well that's funny. All I need now is some paint.

I picked up the half sheet of plywood and decided to put it in the unfinished basement of our new rental home. This would be the first time I went to the basement. As I began to walk downstairs with the plywood, I noticed several shelves of paint. What?!

Well, Lord in just a few short days you provided the wood and the paint. What message do you want me to write? The only message that kept coming to mind was simple. The message was, "Jesus Loves You!"

I painted it that night and put it out by our mailbox late on a Sunday night. As I stood back to read it I noticed I had painted the letters too small to read if cars went flying by.

"Lord, the only way people are going to be able to read this sign is if they are driving very slowly.”

The next morning I woke up and there were about six inches of snow on the ground. A surprise snowstorm hit our area. Cars were driving very slowly past our house and more importantly past the sign. I could not believe it. There was no snow in the forecast.

I decided every Sunday night I would repaint the sign white and put a new message on it. About six months after the first sign went out I received a note on my car windshield in my church's parking lot one Sunday after church. Our church was about thirty to forty minutes away from our house.

The note was from a man who attended our church. He wrote about how six months ago his world was turned upside down. His wife left him and he lost his job all in the same week. He felt depressed and worthless. He decided he was going to end it all and take his life. As he left his house one morning, he told God that he did not want to live anymore and he blamed God for all his trouble. He did not believe God loved him. He prayed and said, "God if you are real and if you love me and don't want to take my life, please give me a sign."

As he turned down my road, moments later, he saw a sign that read, "JESUS LOVES YOU!" He burst into tears. He prayed for a sign and he literally got a sign. He decided because of that sign he was not going to take his life.

As he was going through the church directory one night he saw that a couple from church lived near him. When he saw the address, he realized that was the address of the house where he saw the sign.

As I read the letter I began to weep. I could not believe that our little sign was used in such a powerful way.

Have you been asking God for a sign of His love for you?

The Bible says in Romans 5:8, "but God shows His love for us in that while we are still sinners, Christ died for us."

Jesus Christ is the ultimate sign that God loves you.

The Bible also says, in 1 John 5:12 "Whoever has the Son has life; whoever does not have the Son of God does not have life." The life referred to here is eternal life.

Do you have the Son?

Credit: This story was shared with us from our faithful friend, Charlie. Thank you!